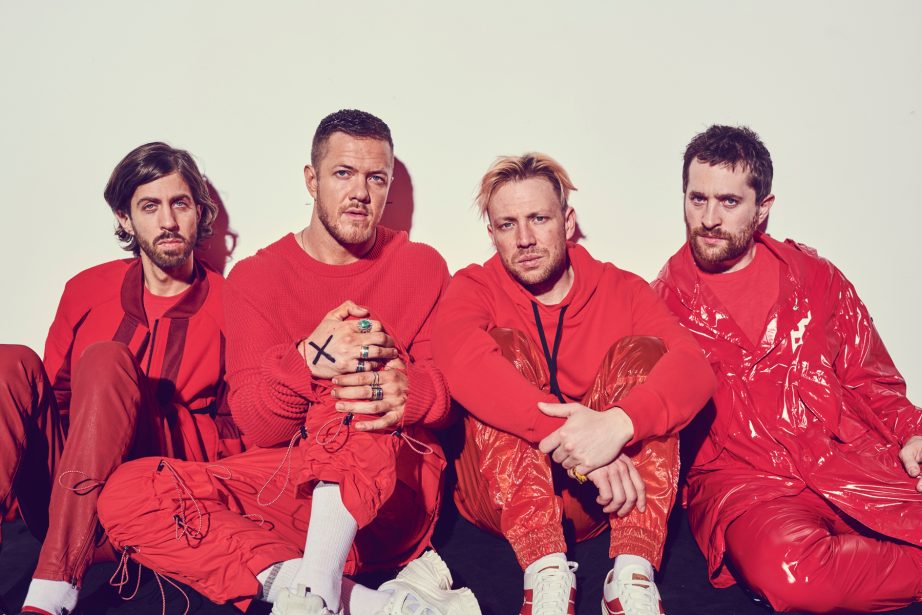 Dan Reynolds of Imagine Dragons is in a good place. Physically, that means he’s at home in LA, world tour done with, walking his six-year-old daughter to school every day, coaching her soccer team and also kept busy by her younger sisters – 18-month-old twins.

Emotionally, things are looking up for the 31-year-old singer too. After announcing in April that he and his wife Aja were getting divorced, when we speak he reveals: “We never actually signed the papers and now we’re kind of dating. We’ve been doing couples therapy and decided to hold off and be boyfriend and girlfriend. We’re trying everything we can to have a healthy, stable relationship.”

This lifelong Mormon, raised in Las Vegas in a devout family as one of nine children, is also on better terms with his faith – or lack of it – than ever, of which more later.

And professionally, his band are on top of the world, one of remarkably few rock acts to achieve global success in the streaming era. Three of their songs – Thunder, Believer and Radioactive – are sitting on over 800 million Spotify plays, and their three albums – Night Visions, Smoke + Mirrors and Evolve – have sold around 12 million copies between them. Now they’re taking the unusual step of putting out a fourth, Origins, just 18 months after its predecessor, with little notice, only a handful of interviews and no giant tour to show off the new songs.

A common reason for such haste would be that these 12 songs were discovered behind a cushion when the quartet was rummaging around the studio looking for parking change. But Reynolds insists they aren’t B-sides or reheated leftovers.

“We finished Evolve and put it out and I just kept writing. I hit the ground running,” he says. “I understood Imagine Dragons in a way that I hadn’t before. I felt very comfortable and it was exciting to me.”

This was significant progress from the way he was feeling when things first took off for his band, with the tense electro-rock of Radioactive spending almost all of 2013 in the UK charts and Night Visions becoming a double platinum seller. “Critics took a toll on me,” he admits, far from the first to find that massive sales figures and approval from cultural gatekeepers don’t generally mix. “I felt self-conscious and like I didn’t want to do music. It wasn’t fun for me, not like when I was 14 and playing songs for my dad.”

He had also been detailing his personal spiritual crisis in his lyrics, a push-pull relationship with Mormonism that came to its most painful head before he started the band. He was refused access to study at Brigham Young – the Utah university owned by the Church of Jesus Christ of Latter-day Saints – after confessing to a bishop that he had been sleeping with his girlfriend.

“I kept it in for three years, but I was struggling with my faith, and thought it was because I hadn’t been forgiven for this serious sin,” he explains. “I went to this bishop, and I really wanted God to talk to me and tell me that Mormonism is real. I wanted the faith that the people around me had, and thought it was maybe because I was dirty. But when I told him, they retracted the admission to BYU, a week before I was supposed to go.”

Mormonism’s loss was music’s gain. Instead, he formed Imagine Dragons with three students from the prestigious Berklee College of Music – bassist Ben McKee, guitarist Wayne Sermon and drummer Daniel Platzman – and began playing covers and original material around the casino lounges of Las Vegas. But his worldview was shaken.

“I understand that to other people, it’s like, ‘Big whoop, you lost your faith,’ but to me it was debilitating. I fell into a serious depression because of it. My whole foundation was taken out from underneath me. People who weren’t raised in strict religious families don’t get it. Everything that’s meaningful to you in life, you might lose if you express that maybe you don’t want to live like this. I never felt like I had that agency because of fear of hurting people.”

Cue long spells of therapy, and finally, a breakthrough. “We talked about how I had spent my life being so afraid of hurting people’s feelings, offending others and disappointing my family. We reached the conclusion that I had to speak my truth, and if there’s fallout then there’s fallout. I spoke to my family about how I felt about faith, which created strained relationships, and then I created this documentary.”

The documentary is called Believer, a feature-length film made for HBO that arrived on the BBC iPlayer last month and this week won the Documentary prize at the Hollywood Film Awards. It examines the Mormon community’s relationship with LGBTQ young people, and culminates with Reynolds putting on a Pride-style music festival called LOVELOUD in Orem, Utah. The event took place a second time this July with Imagine Dragons, Zedd and Mike Shinoda of Linkin Park playing sets and twice as many people attending – around 35,000. It prompted the Church of Jesus Christ of Latter-day Saints to release a statement saying: “We appreciate the sincere efforts of many who are trying to prevent suicide, bullying, and homelessness among vulnerable groups, including LGBT youth. We are grateful to be a part of the work to find solutions.”

“The documentary is not anti-religion, and I’m not,” Reynolds clarifies. “It’s anti- making anyone feel like they need to be what you are because it works for you. Don’t impose guilt on someone else for something that you believe. For people who are gay and of any orthodox faith, you’re living your entire life being told that your most basic instinct, to love, can only be done in the way that they tell you to. I had multiple friends growing up who were gay and religious, who ended up taking their lives because of the all-consuming guilt.”

Reynolds uses the phrase “living my truth” multiple times during our conversation. He’s energetic, smiley, bouncing around in his chair while we talk, and clearly no longer held back by a need to put the needs of others first. He says he’s been in remission for a year from two auto-immune diseases – ulcerative colitis and ankylosing spondylitis – and credits his mental state for the improvement. “Both are triggered by stress and I think I lived in an incredibly stressful place inside my mind,” he says.

After two O2 Arena shows last spring, there are no more plans for London gigs for now, but it sounds like that’s for the best. “It felt like we were on the road for 10 years straight, and now we have no gigs for the first time. We toured endlessly. I wouldn’t recommend it to other artists. It took a toll on all of our mental health, family and social life.”

This week the only chance to see the band play was at the LA premiere of Ralph Breaks the Internet, Disney’s sequel to Wreck-It Ralph. Their fun new song Zero is on the soundtrack – one to thrill Reynolds’s young family. That’s his main focus now, as all the Twitter pictures of his children can attest. The new album can come out and do whatever it does without an accompanying tour.

“It’s been an incredible year. But I prefer a wild ride to where I was eight years ago, which was a place of indifference and fear and loathing and depression,” he says. “I thought I got divorced and now I’m dating my wife! Some days I feel like I want to be a Mormon and some days I don’t believe in God at all. I’m on a crazy-ass rollercoaster and I enjoy the chaos!”

Origins is released today on Interscope.