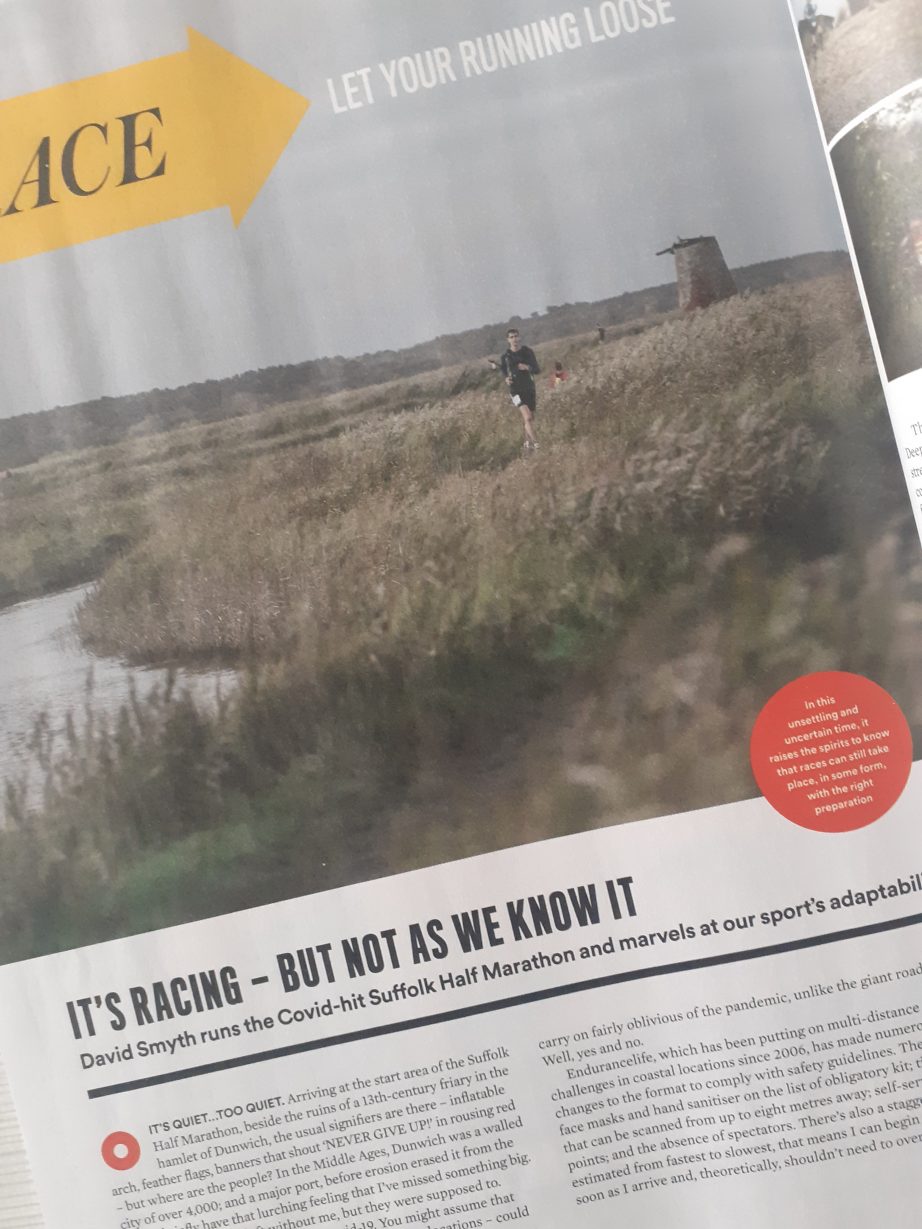 It’s quiet… too quiet. Arriving at the start of the Endurance Life half marathon, beside the ruins of a 13th Century friary in the Suffolk hamlet of Dunwich, the usual signifiers are there – inflatable arch, feather flags, banners that shout “NEVER GIVE UP” in rousing red – but where are the people? In the middle ages Dunwich was a walled city of over 4,000, a major port, before erosion erased it from the map. I briefly have that lurching feeling that I’ve missed something big.

Yes, people have left without me, but they were supposed to. This is trail racing in the time of COVID-19. You might assume that this branch of running – smaller events in remote locations – could carry on fairly oblivious to the pandemic, unlike the giant road races. Yes and no.

This events company, which has been putting on multi-distance trail challenges in 11 different coastal locations since 2006, has made numerous changes to the format to comply with safety guidelines. These include facemasks and hand sanitiser being on the obligatory kit list, RFID timing tags that can be scanned up to eight metres away, self-service water points, the prohibiting of spectators, and a staggered start, estimated fastest to slowest, that means I can begin running as soon as I arrive and theoretically shouldn’t need to overtake anyone.

There’s no tense build-up, no Deep Heat smell amid huddled masses stretching and jiggling before a shouted countdown. A marshall zaps my tag from afar and I’m off, harbouring a slight sensation of “Is that it?” Talk about the loneliness of the long distance runner.

Even so, I’m grateful to be here at all when so much has been cancelled. This is my first competitive race since March. A marathon in the Brecon Beacons that I was due to do around the same time is abruptly off when Wales announces its “firebreak lockdown”. Endurance Life had to postpone three events earlier in the year but managed to get two of them, Exmoor and the Classic Quarter (see below) back on in September. Pembrokeshire had to be dropped altogether for Welsh reasons.

A fortnight before the Suffolk race the organisers get in touch to make sure my accommodation has good last minute cancellation options, so negotiations with the local council are obviously still ongoing. Jordan Farenden, the event coordinator, tells me later that there was never a cap put on numbers, and that there were a fair few last minute entries once it looked like the day really would go ahead. In the end there are 473 participants across the four simultaneous distances – 10k, half marathon, marathon and a relatively minor ultra at 32.6 miles – compared to 613 the year before.

I’m up against 165 others in the half marathon, though I never really see them apart from one point in the Dingle Marshes where the route crosses an earlier trail. I’ve been told to set off just 40 seconds after the first start time, so must have proposed a relatively quick ETA. I stay close to another man in the early stages before edging ahead on my own. He’s generally within sight behind, though, so in the end, despite so many indicators otherwise, it does feel like a real race.

The thrill is just being somewhere different after exhausting my local trails in lockdown, bombing along a well-marked, almost entirely flat course that morphs entertainingly between marsh, beach, woods and Walberswick village lanes. Some parts feel like the Norfolk broads, our heads bobbing above the waving reeds like the sails of the meandering yachts one country upwards. The whole area looks a bit like coastal Denmark – long empty beach with thick woodland just behind. There’s budding gorse, silver birches and all the yellows and browns of the British autumn.

The COVID restrictions become trickier a few miles into the race, when I start catching up the marathon and ultramarathon runners who had set off earlier in the morning. I actually have to do a lot more overtaking than if I was in a single distance event, where I would mostly stay in my spot. This isn’t easy in certain areas, notably a sloppy, boggy track through the marshes that must previously have been used exclusively by ducks. I feel bad effectively having to ask others to stop their race and shift face first into vegetation so I can pass safely. On a particularly muddy stretch through Dunwich Forest an ultrarunner has to step down off a narrow boardwalk for me. His legs look so stiff that I fear he’ll never get back up onto it again.

The half route turns away from the others a couple of miles from the finish and I’m alone again with the sound of the sea. The glory of crossing the line is of course somewhat damp squibby in an almost empty field, with my family waiting 500 yards away on the beach to celebrate. But I did generally feel safe, a few weeks later I’m definitely still disease-free, and I’m very hopeful that another chance to discover fresh trails in what can still pass for a race environment comes along soon.

Another mostly flat seaside trail, this one follows the coastal path east to west along the top edge of Norfolk. The daddy is an 83 mile ultra, but there are also 38 mile and marathon distances.

The toughest challenge of the Endurance Life series, the route covers 44 miles of the South West Coast Path from Lizard Point to Lands End. Those too terrified to tackle it alone can do it as a relay in pairs or fours.

One of the UK’s most popular trail events, with over 2,000 taking part in the marathon pre-pandemic. The 26-miler, half and 10k distances all pass over the highest chalk sea cliff in Britain. 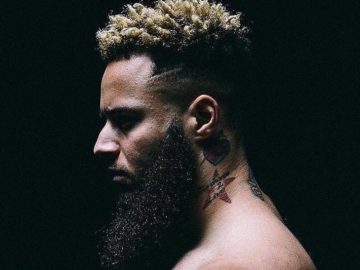 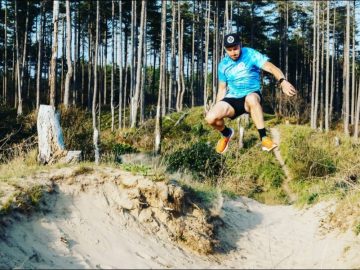 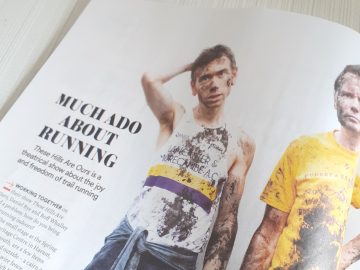