An odd one, this: the opportunity to hear brand new songs by a major artist who was nowhere to be seen. It’s not so much the future of pop as a revival of the distant past, for Beck’s latest release, Song Reader, exists only as sheet music.

Pianist Ed Harcourt led a hastily assembled band to be the first to perform nine of the 20 songs a few days before their publication by Faber. What did it all mean, he wondered in an onstage discussion before the performance.

It can’t just be an eccentric songwriter’s latest prank, not when the printed result is so beautiful at £35, with hardback cover and elaborate illustrations.

You can only hear the songs at home if you have a decent amount of musical training, singing ability and a piano, or at least a ukulele. When music consumption has become as passive as a couple of mouse clicks, this is as active as it gets.

Steve Mason of The Beta Band couldn’t give much energy to performance when he was staring at a music stand. Leila Moss from The Duke Spirit was better on I’m Down, a jaunty showtune on which Beck had her announce: “I wanna feed my heart to a cobra.”

A Harcourt solo on Sorry could have been from Beck’s most melancholy album, Sea Change, while elsewhere the composer seemed to be using the unusual format to experiment.

Carl Barat of The Libertines visibly enjoyed the bawdy duet Rough on Rats.

Everyone joined in with Do We, We Do, its simple chorus so instantly catchy that it could even become a hit — in another era, perhaps. 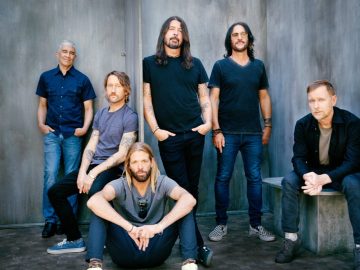