Don’t know about you but I’m getting tired of the extent to which being a live music fan involves buying a tent, putting up a tent and actually sleeping in a tent. On the ground. Almost inevitably adjacent to an insomniac who has packed an acoustic guitar.

I’ve already been bewitched at Glastonbury, trampled at Reading and blinded by branding at V. Sometimes, a single day at a festival is enough, and there are plenty of opportunities this summer to catch a few bands in inspiring surroundings then head home. These are the year’s best events, in London and beyond, to be done and dusted before you need to think about buying wet wipes. Even if they take place over more than one day you don’t have to stay over or attend the whole thing.

Land of Kings
Not strictly outdoor but with something of a festival feel, the Camden Crawl has decamped to Dublin for the summer, leaving a bank holiday weekend gap for people who like to yomp around various tiny venues watching bands that aren’t yet famous. Now in its fifth year, Land of Kings takes over hip Dalston haunts including Birthdays, the Shacklewell Arms, Café Oto  and the Vortex, and promises plenty of secret spaces too. The line-up so far includes Andrew Weatherall, New Young Pony Club and Darkstar.
May 5, various venues, E8 (landofkings.co.uk)

Dot to Dot
Another Camden Crawl-type affair, Dot to Dot brings the same bands to the venues of Manchester, then Bristol, then Nottingham over one weekend. Future stars such as Jake Bugg, Mumford & Sons and Florence + the Machine have appeared in the past. This year it’s the turn of folk/rock Londoners Dry the River, Bombay Bicycle Club collaborator Lucy Rose, and buzz bands The 1975 and Little Green Cars.
May 24, Manchester; May 25, Bristol; May 26, Nottingham (0845 413 4444,dottodotfestival.co.uk)

The Stone Roses
The reunited indie giants had their big comeback in their home town of Manchester last summer but this is the first chance for Londoners to get a closer look at their wrinkles. With such a small back catalogue from their less-than-prolific existence, they’re bound to play all your favourites. Primal Scream, Jake Bugg and The View are also on the bill.
June 7-8, Finsbury Park, N4 (0870 264 3333, gigsandtours.com/Tour/the-stone-roses)

Forest Live
If you go down to the woods today, you’ll most likely see a major pop act plying their wares. The Forestry Commission has been hosting gigs among the trees for more than a decade now. Bedgebury Pinetum in Kent is the closest of the seven locations to London, where Paloma Faith (June 21) and Blondie (June 22) perform. Olly Murs, The Charlatans and Paul Weller are booked further afield.
June 13-July 21, various venues (03000 680 400, forestry.gov.uk/music)

Night + Day
The xx have always been such delicate flowers that they’re not really cut out for the rigours of festival life. So they’re hosting their own, in the grounds of a National Trust property in west London, where they can ensure they go on after dark and hope the M4 doesn’t drown them out. Support comes from the similarly spooky Poliça, Kindness and Mount Kimbie.
June 23, Osterley Park (08700 600 100, thexx.info/nightanddaylondon)

British Summer Time
Now that the Wireless and Hard Rock Calling festivals have vacated Hyde Park for the Olympic site, they’re being replaced with this 10-day event which promises to feature film, theatre and high quality food and drink as well as big bands. Only Bon Jovi are confirmed to play so far, on July 5.
June 28-July 7, Hyde Park, W1 (08448 240 300, bst-hydepark.com)

Hard Rock Calling
It’s a good job this dadrock event changed its name from Hyde Park Calling a few years before it moved to the Olympic Park. This is the first chance to get back to the home of Farah and Ennis glory (though not the stadium itself). Kasabian, Paul Weller and Miles Kane will play to rowdy lads with identical haircuts on the Saturday, while Bruce Springsteen and the E Street Band follow with a doubtlessly epic set on Sunday.
June 29-30, Queen Elizabeth Olympic Park, E20 (08444 999 990,hardrockcalling.co.uk)

Live from Jodrell Bank
This must be the most impressive place to watch a band in Britain, with the 76m Lovell radio telescope towering over the outdoor stage and also forming the backdrop for some colossal projections. Local lads New Order and Johnny Marr play first on July 6, followed the next day by top- ranking tribute act The Australian Pink Floyd. Sigur Rós arrive much later, with more dates to be announced.
July 6-7, Aug 30, Jodrell Bank, Cheshire (0844 888 9991, livefromjodrellbank.com)

Wireless
Justin Timberlake, Snoop Dogg and John Legend appear on the Friday, with Jay-Z joined by Emeli Sandé and Rita Ora on Saturday. Those who bought tickets to either of the first two shows may have been irked by the later announcement that Timberlake and Jay-Z will perform together on the Sunday.
July 12-14, Queen Elizabeth Olympic Park, E20 (08444 999 990,wirelessfestival.co.uk)

Gentlemen of the Road
Mumford & Sons have been working hard to avoid the conventional festival circuit. Their Gentlemen of the Road “stopovers” visit characterful towns that the big bands normally pass over. Vampire Weekend play on the Friday, while the Mumfords are joined by The Vaccines and Edward Sharpe & the Magnetic Zeros on the main day.
July 19, 20, Convent Field, Lewes (gentlemenoftheroad.com/lewes)

SUPERSIZE YOUR DAY OUT TO A STADIUM

Rihanna
The current reigning princess of pop brings her astounding work ethic, and hopefully some clothes, to the home of rugby.
June 15-16, Twickenham Stadium (08444 999 990, rihannanow.com).

The Killers
The latest album may have been lacking in memorable tunes but the Las Vegas quartet have become an increasingly powerful live proposition.
June 22, Wembley Stadium (08444 999 990, thekillersmusic.com).

Robbie Williams
Two summers ago he was here with Take That, which gave his flagging solo career the boost it needed to bring him back under his own steam.
June 29-30, July 2, 5, Wembley Stadium (08444 999 990, robbiewilliams.com). 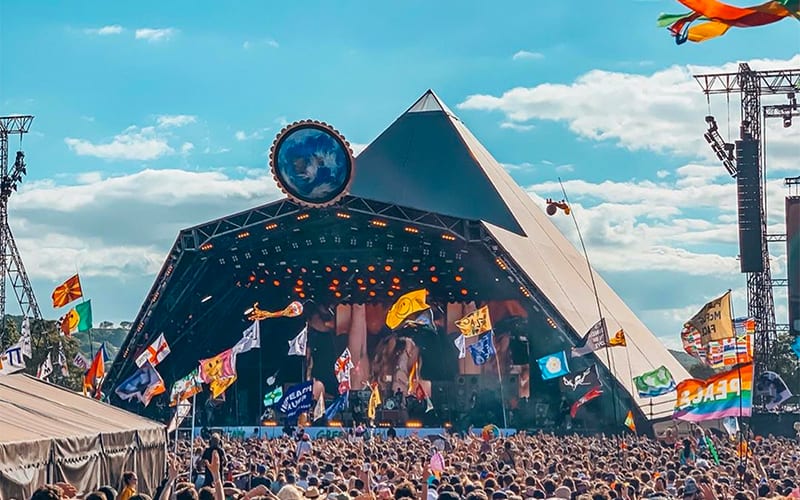