There’s only one Irish music comeback worth getting excited about this week. No, it isn’t U2. Damien Rice has announced that his first album since 2006 will arrive in November, a return to recording that could easily never have happened. While the delicate, heartbreaking title track of My Favourite Faded Fantasy has just appeared online, I’ve had an exclusive first listen to all eight songs and have no doubt that the 40-year-old singer-songwriter from County Kildare is returning with one of the albums of the year.

Forget about conventional comebacks with their press junkets, viral videos and heavy touring commitments. There are strong hints that just one London theatre show will be announced any day now and Rice has refused all interviews, though he has granted me access to his own words about the album’s creation with legendary producer Rick Rubin. It is immediately apparent that the process of following up his second long-player, 9, was far from painless.

“I was playing the biggest venues I’d ever played, and everything was quote-unquote perfect. And everything sort of crumbled and fell apart at that moment,” he says. “I became really unhappy, and so that went spiralling down, down, down, where I got to this place where I had everything I thought I wanted and I still wasn’t happy. That felt very, I guess, disheartening. So I kind of crashed.”

When I interviewed him a decade ago — flush from the (now four-times platinum) success of his debut, O, and its exquisite ballads Cannonball and The Blower’s Daughter — he was already hinting that he might pack music in and do something else. Talking about his record deal, which gives him complete creative control, he said: “If I never want to record ever again then I will never record ever again. The deal says I am free to do anything I want whenever I want, if I want to, or not.”

Around the same time, I saw him play a hot-tempered gig at Brixton Academy and berate the crowd for being too noisy. Previous concerts had been among the best I’d ever witnessed — free-roaming and spontaneous, with Rice looping his voice and guitar using pedals to turn his softly-softly recordings into overwhelming roars. He sometimes sang in French, lit candles and passed red wine around. He was captivating.

I was far from the only one who was smitten. Ed Sheeran saw him in concert at the age of 11. “I had a little bit of a chat and kind of had an epiphany, like ‘Wow, this is exactly what I want to do!’ I got home that night and wrote a whole six songs, my first six songs,” he has said. Today one of the tattoos on his forearm is of a sketch Rice gave him, of a stick figure reaching up to an airplane. “I wouldn’t be a singer songwriter if it wasn’t for Damien Rice,” says Sheeran now.

Rice’s stage fire was tempered by the presence of his cellist, co-vocalist and sometime girlfriend Lisa Hannigan, who often received the biggest cheers when she stepped to the front for her occasional vocal turns. In 2007 she was abruptly sacked, with Rice releasing a brusque statement: “After much thought and discussion Damien has decided that his professional relationship with Lisa Hannigan has run its creative course.”

Hannigan went on to solo success, with her album Sea Sew receiving a Mercury nomination in 2009. Rice, meanwhile, became increasingly lost. He packed two suitcases and began to travel, finally settling in Iceland where much of My Favourite Faded Fantasy was made.

It took a famous stranger to take this fragile artistic temperament and coax it back into making great work. “I met with my management in London and they said to me, ‘Do you ever want to make another record?’ I said, ‘Yeah, but I think I need help, someone who can inspire me to be better’. I said the only person who came to mind was Rick Rubin. But I knew very little about him. All I knew is that he meditated, he had a big beard and that some people called him a guru.”

“I think he was torn. Part of him wanted to be free to express himself and part of him seemed to be stopping the process,” Rubin says of Rice’s working methods. The producer, who has worked on endless classic albums from the Eighties hip hop of Run DMC to Johnny Cash’s American series and Adele’s album 21, is known for his hands-off approach. “It took a series of personal breakthroughs for Damien to feel comfortable enough to want to put out new music and all the stress associated with it. He is a highly sensitive artist and man.”

The end result is eight long, slowly developing songs, with the almost 10 minutes of It Takes a Lot to Know a Man forming the centrepiece. Rice sounds self-critical, especially when exploring his relationship techniques on The Greatest Bastard, but the anger of 9 is gone and the songs are mostly drenched in glorious strings.

Rubin, who says he began discussing a new album with Rice three or four years ago, started with solo recordings of the musician singing and playing. “From there, there was lots of experimentation on how best to surround those performances. Most of those choices came from Damien himself.”

At times the songs, as at the start of the title track or Colour Me In, could not be more fragile. But they grow and shift in unexpected directions as they slowly reach their conclusions. The closing track, Long Long Way, is a mesmerising wisp of a thing, layered with drones and shimmers. In contrast, he has rarely been more rousing and uplifting than on Trusty and True, which swells to a mass of voices on a chorus that will overjoy audiences if he ever does tour again.

As throughout his career, the fans are the last thing on his mind. “I sat for a minute and I imagined myself with one more hour on the planet. And I noticed that I didn’t care about whether I had sold more records, or less records,” he says. “What was most important to me in that moment was wanting to shed whatever mask I’d been wearing so that I could at least be myself in the world, instead of some version of myself that I thought was appropriate.”

After eight years away, he sounds untroubled by expectations, free to make the finest music he can. He has succeeded in a big way, and it’s marvellous to have him back.

My Favourite Faded Fantasy is out on November 3. The song of the same name is in download stores now. 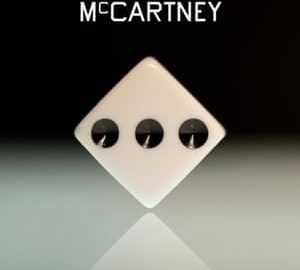