It has been interesting to watch the progression of Maroon 5 from lightweight Red Hot Chili Peppers-aping funkateers to the kind of band towards which people hold up signs saying: “Adam, can I lick you?”

“No, you cannot lick me,” replied Adam Levine, sometime Sexiest Man Alive according to People magazine. But bearded and dressed down, he had good reason to believe more in his seven-strong band’s musical ability than his own lickability. This week they sit at number one in the US charts once again with their fifth album, V, having prolonged their lifespan by shifting from writing their own songs to employing big-name helpers such as Max Martin and Ryan Tedder. As a result they’ve become pop supremos with little in the way of artistic credibility but more hits than a Mail Online article about Kim Kardashian’s sideboob.

Levine judges on America’s version of The Voice and displayed his own distinctive set of pipes here, howling like a wolf on the easygoing reggae of One More Night and hitting a skyscraping falsetto on Payphone. New single Maps maintained the catchiness levels, while the band was confident enough to mess with some biggies. She Will be Loved became a chatty acoustic segment and they strung out the intro to Moves Like Jagger for an age, with the energetic Levine jumping around to prompt guitar crashes.

The songs had less depth than an ashtray but the band served them up with a winning smile, knowing they will be stuck in everyone’s heads for as long as their epic chart reign continues. 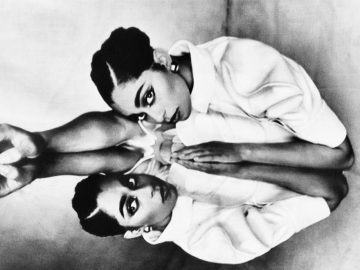