“It’s positive,” said Graham Hastings of Young Fathers when asked how the trio felt about their Mercury Prize victory. You might not have guessed it from their grim faces, buried in coats as though they weren’t staying, when making the world’s shortest acceptance speech last night.

This indefinable band, a multiracial hip hop group based in the rap wasteland of Edinburgh, will now be defined as prizewinners. Perhaps they appeared nonplussed by the Mercury’s GBP20,000 cheque because they had already pocketed one for the same amount in June, when they won the third SAY Award for Scottish Album of the Year.

That one, confusingly, was for an EP from 2013, Tape Two. The Mercury-winning Dead is their debut album proper, and it’s a dense, vital work, recalling the claustrophobic beats of Nineties Massive Attack and Tricky while offering enough sonic invention to stand proud in 2014.

Whether it deserved to beat the other 11 shortlisted albums depends on what you believe the Mercury Prize should be for. If it should be flagging future talent before it goes stratospheric, FKA twigs is the singer who already carries herself most like an international star. If it must not ignore what’s popular, big-selling rock duo Royal Blood could have won. But if it should reflect the sound of Britain right now, this heady stew of African, American and Scottish influences is a gripping take on our melting pot.

When the Mercury succeeds, it directs music fans towards an album that they would already love if only they had noticed it before. Dead is just that. But however much this award judged by critics, past nominees and industry insiders may wish to rise above commercial concerns, the decision will eventually be judged on the sales boost it gives to Young Fathers.

It’s worrying that Dead sold just 561 copies between September’s shortlist announcement and the ceremony. The band share a label, Big Dada, with Speech Debelle, notoriously the lowest-charting Mercury winner in 2009.

Young Fathers don’t seem like they care, keeping their coats on for the trip back to obscurity, where they’ll no doubt continue to make fascinating music for years to come. 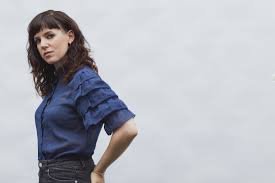