Jack Garratt probably won’t be watching the Eurovision Song Contest tomorrow night. The memories will be too painful. For it was in this competition, or more specifically, in the UK heats of Junior Eurovision 2005, that a precocious songwriting talent took a real beating.

Today, the Buckinghamshire musician is one of our most inventive new stars, with a well-sculpted hipster beard, a topknot and a mesmerising ability to play several instruments at once in his incredible one-man shows. Then, he was a cocky 14-year-old with a curly afro and a song called The Girl, coming publicly unstuck on ITV2.

He came eighth out of eight, just behind Devil in a Hood by Lizzi M and Groovy Chick by Vicky Gordon. “It was the first song I’d ever written, I had a massive afro. It was the most horrifying experience of my entire life,” he tells me today. “I took it really badly. I was only 14! It was just horrible. But I needed a reality check. I started to write music that I was genuinely proud of.”

He can laugh about it now, because things are going rather well at the moment. After strategic support slots in big venues with Ben Howard and Jessie Ware, he’s just been invited to play arenas around America with Mumford & Sons this summer. On his current headline tour, he’s sold out two nights at Shoreditch’s 700-capacity Village Underground next week, on the back of just two singles. We meet in Brighton, in between his two shows at the city’s Great Escape festival. The first was so oversubscribed, with a line down the street, that when he showed up, the security guards almost wouldn’t let him in.

There’s an increasing demand to see him conjuring intricate, soulful electronica entirely alone – drum stick in one hand, playing keyboards with the left, looping sounds as he plays the electric guitar around his neck, and singing in a rich, wide-ranging voice. As a singer-songwriter who does it all himself, think of him as a cooler Ed Sheeran. “I tried playing with a drummer for a little while,” he says. “We thought it could bring it to another level, but it straight up didn’t work. If anything it was a little less exciting.”

Exciting is the word, especially in the field of electronic music, where you’re often unsure whether any live music is being played at all. Garratt’s gigs feel precarious, as if one finger slip could bring the whole edifice crashing down. Between songs he’s a load of fun too, full of jokes, which may be typical of the attention-seeking schoolboy actor that he was, but is all too rare among laptop musicians.

“I wanted to be an actor, but that was just because I wanted to stand up in front of people so that they had to look at me. I was in every play that I could get into, revelled in getting lead roles, and obviously I had to show off about it forever. But it was the best thing I could have gone through as a kid – to go through a moment where I thought I was incredible and then realise I wasn’t.”

He started taking songwriting more seriously instead. With a primary school music teacher for a mum and an amateur guitarist Police detective for a father, he’d mastered the guitar, piano and drums at a young age. Growing up in Little Chalfont, in quiet countryside but little over half an hour from central London, he began travelling down to open mic nights at 15, performing as an acoustic singer-songwriter.

He did all right as a folkier type, with Jackson Browne as his chief inspiration, and had interest from record companies. Two years ago, though, he burned his bridges and started again with synths. When he speaks of that time he calls it “the transition”.

“I was writing music that was satisfying other people, rather than what was satisfying me. I became aware that the songs weren’t as good as I hoped they’d be. I had to start from scratch. I went from having about 40 songs to having none. It’s a great feeling to be able to detox like that.”

It sounds like he’s done his best work when he’s managed to keep his teenage ego in check, but it must be hard now that big names are taking notice. Legendary producer Rick Rubin sought him out to profess his admiration. “We got a message from soneone who works with him, saying, ‘Rick Rubin really likes your music and wants to meet with you.’ We were like, ‘Pffft, shove off mate.’ Then a week later I was in Malibu.”

There’s also a story about him turning down an opportunity to jam on stage with Stevie Wonder at last summer’s Calling festival on Clapham Common, but he’s keen to play it down. “He was kidding! I spent two minutes telling him that Hotter Than July is one of the greatest records of all time. He said, ‘Dude, that’s really kind, you should come up and jam with us later.’ He wasn’t serious. I’m not allowing myself to believe that he was.”

Perhaps all these more famous musicians like having him around simply because he’s a likeable guy, full of lively chat over our coffee. For roughly the first year of his rise, all that was in the public domain was one song, a smouldering beauty called I Couldn’t Want You Anyway, and one photo of him, bearded and glowering in a big coat. He was pegged as the new James Blake, the reticent Mercury winner whose mix of soul and electronica has been so influential – so it has been a great surprise to discover that he’s actually full of energy and fun.

“There’s a  preconception that I’ll be all moody and angsty: ‘Look at me with my emotions.’ But I don’t like bands who look at their feet. People are there to see the person. That’s what makes it different from listening to the record at home.”

There’s no debut album on the schedule yet but look out for even bigger gigs to be announced soon. “The only reason why I write music is so I can go and play. I love playing so much. It’s where the moment is.” There’ll be plenty more big moments to come this year. Eurovision, you missed out. 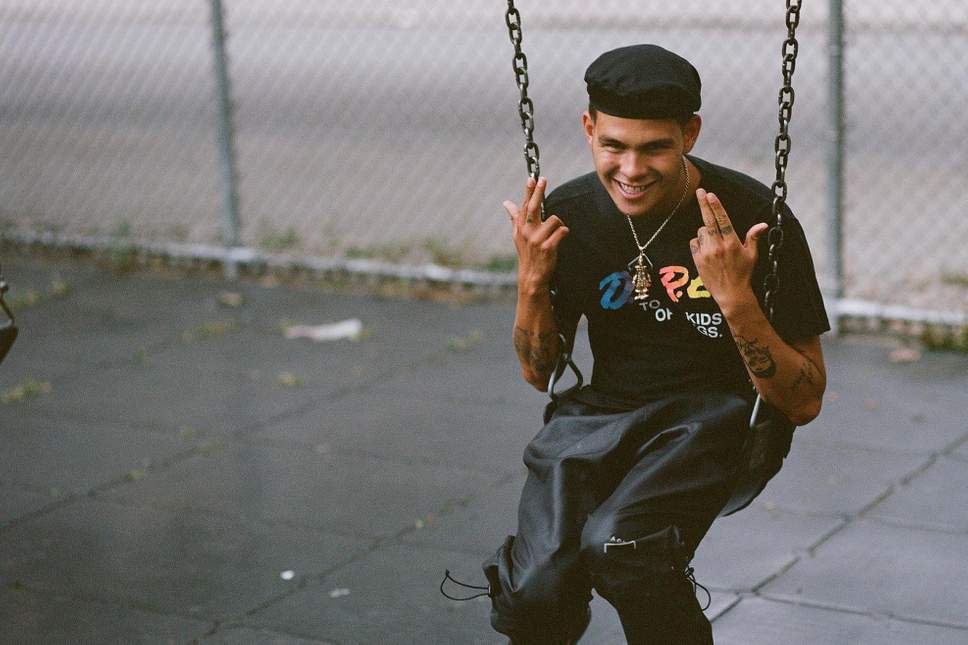