Well, here it is: Adele’s 25 album, on sale today. Have you got it yet? Or are you planning on waiting four and a half years, like the people who sent its predecessor, 21, back into the charts yet again this month?

The second release from Tottenham’s Adele Adkins reached a demographic rarely tapped in music: the forgetful, the culturally unaware, those who rank music as an interest on a par with orienteering and blanket weaving. Visit the home of a friend who had never talked about music to you before and there was 21, a dark case sitting on top of a dusty CD player. Its attraction to those people was in its unfussy soulfulness, its universal theme of heartbreak and repair, and the remarkable ordinariness of the woman delivering it: a plus size north London cackler who had no idea she was becoming Barbra Streisand. After over 30 million sales, the 27-year-old comes to 25 (named for the age when she began its construction) from a very different place.

Now she’s voicing concerns that she’s left it a year too late to return and be relevant, singing from the heart-mended perspective of an adulthood spent with a long-term partner and a three-year-old son, and unable to pretend that expectations for her new music are anything other than collossal. This isn’t just 11 new songs. It’s Star Wars, it’s Harry Potter, it’s the World Cup final.

In one way, 25 can’t fail. There’s still no real sign of a backlash. We all want Adele to win at this. The numbers for its first single, with its wonderfully understated “Hello, it’s me” opening, already foreshadow a great victory: 50 million YouTube views in 48 hours, number one for a month, 70 million internet thinkpieces about her use of an old flip-phone in the video.

But it also can’t win. It’ll never beat 21 on the sales front, firstly because of the historical precedents. Yes, 25 is Star Wars, Harry Potter and the World Cup final, but it’s also Tusk, On Every Street and Tunnel of Love. Fleetwood Mac’s, Dire Straits’ and Bruce Springsteen’s follow-ups to Rumours, Brothers in Arms and Born in the USA were not true flops, but all had a fraction of the impact of their King Kong predecessors.

Secondly, close to five years on from 21, music streaming has really taken off. That will certainly impact her numbers. For example, according to the mysterious mathematics of the UK chart compilers, in Hello’s first week it sold 259,000 downloads and had 7.32 million streams, which amounted to 333,000 “sales”.

So we must anticipate inferior statistics, but what about the songs? It’s unlikely that anything on 25 will knock you to the floor with the immediate emotional punch of Someone Like You. She does revisit that song’s simplicity on Remedy, a rolling piano ballad made with her Turning Tables and Rumour Has It co-writer, Ryan Tedder. All I Ask is similar, a polished slowie in collaboration with Bruno Mars. With its arms-outstretched key change and showboating vocals, still mighty after throat surgery in 2011, it sees her stepping closer to Celine Dion territory and further than ever from her labelmates on ever-cool XL Recordings.

She has talked about the album’s long gestation, including failed sessions and disagreements with Damon Albarn (“It ended up being one of those ‘don’t meet your idol’ moments.”) and leaving songs by A-list writer Sia Furler on the cutting room floor. Sia’s recent single, Alive, was meant for 25. Adele played an initial set of songs to wise, legendary producer Rick Rubin, who said: “I don’t believe you.”

She has described her early efforts for 25 as “pop songs that are fantastic, but they don’t have much depth”. Yet it’s the poppiest song that leaps out on the finished product. Send My Love (To Your New Lover) lopes along over a clipped acoustic guitar line and bursts into life on a fantastic chorus that’s so much lighter on its feet than everything else here. It’s the only co-write with the Swedish kings of pop, Max Martin and Shellback, who made Shake It Off with Taylor Swift, and is the only genuine surprise on an album that daren’t rock the boat too hard.

That’s not to say Adele hasn’t moved on, however. The retro soul that earned early Amy Winehouse comparisons has evolved into a relatively more modern sound. There’s a cavernous Eighties thud to the dominant drums on I Miss You. River Lea, made with more experimental producer Danger Mouse, features keyboard chords made from samples of her voice. Almost everything floats along atop blurry washes of female backing vocals.

Recorded mostly in London, but also in Los Angeles, Stockholm and Prague, and mixed largely in New York, occasionally there’s a sense that someone has decided that 25 needs to sound expensive. She has a percussionist in her band now, a pop music status symbol. When We Were Young, written with little known pianist Tobias Jesso Jr, works as a nostalgic ballad without its long, slow build towards five minutes in length. Love in the Dark is drowning in strings, a song that’s a luxury item that will be too flashy for some.

Lyrically, she’s moved on more subtly. When I wrote about Hello last month, I mistakenly suggested it was about the same old boyfriend in Someone Like You. She has since explained: “It’s about friends, ex-boyfriends, it’s about myself, it’s about my family.” The “other side” that she sings of is the place of contentment – solid relationship, motherhood, vast riches – in which she now exists. This time she’s longing for the options that are no longer open to her, mourning the loss of that period when you don’t know what you’ll do for a living, where you’ll settle, who your partner or children will be. Contentment is nice, but it’s also the sound of a million closing doors.

She sums it up best on the album’s other oddity. Million Years Ago sounds like French chanson, her voice finding a deeper place over plucked acoustic guitar. “I feel like my life is flashing by, and all I can do is watch and cry.”

No one’s going to feel too sorry for her. Though 25 could have been more adventurous, it’s a work of consistently high quality and a guaranteed smash. But the fact that Adele has still managed to find something to be sad about is what lifts her album, from being a commercial product that will save the music industry’s balance sheets, to a creative victory above all. 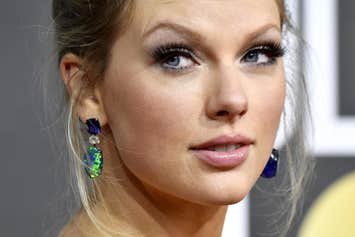 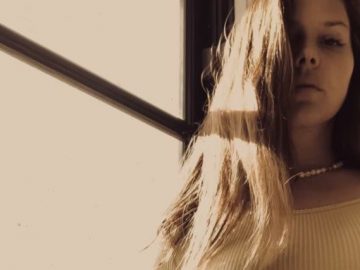 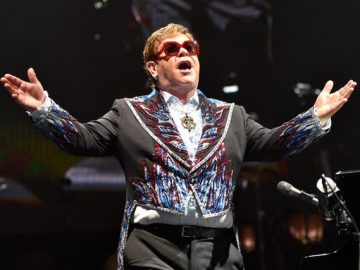