There are no ballgowns, red carpets and fancy meals for us here at the Evening Standard Pop Awards. No, we’re the kind of ceremony that concentrates on what really matters: summing up the music year with an array of hastily made-up categories, and listening to that Justin Bieber album just one more time for research purposes. If you’re after a trophy, pop stars, keep walking. Mention in these hallowed pages should be sufficient acknowledgement of your impact in 2015. Let’s do it all again next year, shall we?

Music literature in 2015 brought us Chrissie Hynde shagging Iggy Pop and rock’s most famous one-time celibate, Morrissey, winning the Bad Sex in Fiction award for his debut novel, List of the Lost. If you couldn’t face his barrel-rolling breasts and bulbous salutations, however, Grace Jones’s is the life story to beat. Everyone from fashion, art, film and music is in there. She arrives late with Andy Warhol to Arnold Schwarzenegger’s wedding, and even keeps Concorde waiting. “If there were ever an orgy – or love-in – in my vicinity, I wouldn’t be hosting it. I would be at the center. I’d be the queen bee, darling,” she writes. Too right.

FINGER ON THE PULSE

Chuck D of Public Enemy said that rap music is black America’s CNN. With Lamar’s third album, To Pimp a Butterfly, music once again felt like it was bringing us the news, albeit couched in acrobatic rhymes and hazy jazz and soul. In a period of anger about police violence against black people in the US, Lamar’s song Alright became a chant for Black Lives Matter protestors. Now it’s up for Song of the Year at the Grammys.

Lionel Richie charmed at Glastonbury, and Phil Collins prompted a mix of cheers and shudders when he announced, “The horse is out of the stable and I’m raring to go.” But there was only one return the music world was waiting for this year. Adele’s 25 arrived in November amid such a barrage of big numbers that Guinness may well be planning a special Adele edition of their World Records book. The music was as emotive and mighty as we’d hoped and her cackling, self-deprecating TV appearances (including entering an Adele impersonator contest with a fake nose) reminded us why we’d missed her so much.

This was a mere DJ set, perhaps, but one loaded with historical import. Turntablists Josh “Shadow” Davis and Lucas “Cut Chemist” MacFadden raided Afrika Bambaataa’s record collection, currently being archived as an artefact of major cultural significance by Cornell University, to play the original vinyl from the Bronx block parties that gave birth to hip hop culture as we know it. With tunes ranging from Chic and James Brown to Sly Stone and Kraftwerk, nostalgia is rarely this much fun.

MOST EFFECTIVE INFURIATING OF OLD PEOPLE

The bedraggled music weekly reversed its plummeting sales figures in September, setting itself up against Shortlist rather than Kerrang! as a free entertainment title. Its choice of cover stars since the revamp – Rihanna, Taylor Swift, Justin Bieber and, dear God, Chris Moyles – was perfect trolling of those who moan that the mag was better when they were teenagers, ie. everyone over 16. Tony Parsons wrote yet another piece about his Seventies stint that was so self-mythologising that he may as well have sailed to work on the Argo and written reviews of the Golden Fleece. Most of the rest of us had long since stopped caring.

COVER VERSION OF THE YEAR

The throwaway, incongruous cover version has become a bit of a bore since Radio 1’s Live Lounge became a daily affair. Ryan Adams showed a far greater commitment to the cause, taking the entirety of Taylor Swift’s 1989 album and turning its high-octane, retro pop into twangy indie rock that sounded exactly like Ryan Adams. Happily for him, since Swift ditched Spotify his is the only 1989 you can get on streaming services.

The cardie that Cobain wore during Nirvana’s famed MTV Unplugged performance was sold at auction in November. It was described, less than appealingly, as: “A blend of acrylic, mohair and Lycra with five-button closure (one button absent), with two exterior pockets, a burn hole and discoloration near left pocket and discoloration on right pocket.” If whoever bought it for GBP93,000 still has any spare cash, they might want to get some Vanish.

If you were after stark emotion in song this year, Sufjan Stevens’s Carrie & Lowell (about the death of his mother) and Bjork’s Vulnicura (about the end of her marriage) were the places to head. The latter took the self-exposure even further in Jesse Kanda’s video for Mouth Mantra, in which a camera twists and churns around her tongue and tonsils while she sings. If anyone can stick it out long enough to tell me how it ends, I’d appreciate it.

Will Smith’s children Jaden and Willow, now 17 and 15 respectively, both released albums this year. However, as with Noel Gallagher, most people can take or leave the music but wouldn’t miss an interview. “I feel like it’s an honor, actually, for people to think I’m crazy,” Jaden said to GQ. “Because they thought Galileo was crazy, too, you know what I’m saying? I don’t think I’m as revolutionary as Galileo, but I don’t think I’m NOT as revolutionary as Galileo.” meanwhile, Willow doesn’t seem to be much of a reader: “There are no novels that I like to read so I write my own novels, and then I read them again, and it’s the best thing,” she has said.

He called a song Sorry, took an interviewer to church and underwent a Comedy Central “roast” during which celebrities queued up to insult him. Yes, Justin Bieber’s egg-throwing, monkey-abandoning days are behind him now, and it’s even just about okay to like his new music. With new songs that are so popular that he even replaced himself at number one in the UK singles chart this month, loveblind schoolgirls are no longer the only ones who approve.

Rihanna has announced a worldwide stadium tour, unveiled her album cover at an LA art gallery, launched her own fragrance, trainers and socks (“Stance Socks represents expression and embraces the spirit of individuality,” apparently) but something crucial is still missing. After two meh singles, and critics locked in a permanent sprinter’s crouch in anticipation of another Beyonce-style surprise release, there’s still no sign of her first album since 2012. “She’s still looking for songs,” revealed contributing writer Sia this week. Try to think back, Ri-Ri: where did you last see them?

Yes, the Amy Winehouse documentary was depressing, but there was something even more dispiriting about Scottish singer Sandi Thom filming herself weeping on YouTube, having discovered that the song she wrote specifically with the Radio 2 playlist in mind, Earthquake, was not going to be playlisted. “Radio 2, shove it up your arse because I really don’t fucking care,” she sobbed, sounding like she actually did care rather too much.

COLLABORATION OF THE YEAR

After the electronic intensity of his Yeezus album, Kanye employed a Beatle to give a mellow feel to two new songs: the keyboard jam Only One and the acoustic FourFiveSeconds, which had Rihanna thrown in for good measure. Internet wags across the globe immediately predicted great things for this McCarthorse fellow now that the rap god had shone a light in his direction.

SINKING SHIP OF THE YEAR

While everyone was predicting great things for a Harry Styles solo career, Zayn Malik ended up being the first 1D man to jump. “I want to be a normal 22-year-old,” he announced, surprisingly foregoing an apprenticeship at his local tyre-fitters and immediately beginning work on solo material. The others limped on as a four-piece, occasionally showing frayed tempers on stage, making a same-old-same-old fifth album and proposing a “hiatus” that surely won’t be brief.

Three nights, 240,000 audience members, all on his own, without so much as a costume change. That ginger guy has some balls. Now his world tour’s over and he’s even signed off social media for some well-earned peace and quiet. Time to get a backing band now, Ed?

SONG OF THE YEAR

Eagles of Death Metal – Save a Prayer

The terrorist shootings at the Bataclan venue brought the worst kind of attention on what was essentially just a feelgood rock and roll band. They have handled the aftermath with great dignity, not hiding but returning to Paris to perform with U2 and vowing to play the first gig whenever the Bataclan reopens. Their cover of Duran Duran’s Save a Prayer deserves to become a focal point for those in need of music’s healing power.

I declared this the album of the year back in January and am sticking with it, despite strong competition from Father John Misty, Sufjan Stevens, Jamie xx and Kendrick Lamar. Prass was an unknown singer-songwriter from Richmond, Virginia, whose hookup with the house band at Spacebomb Records turned her sweet tunes into sumptuous orchestral soul. She suits comparisons with Dusty Springfield and Scott Walker rather than anyone current. It’s not the sound of 2015 but a classic for any decade. 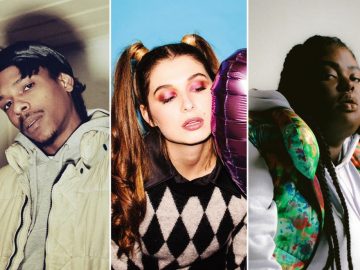