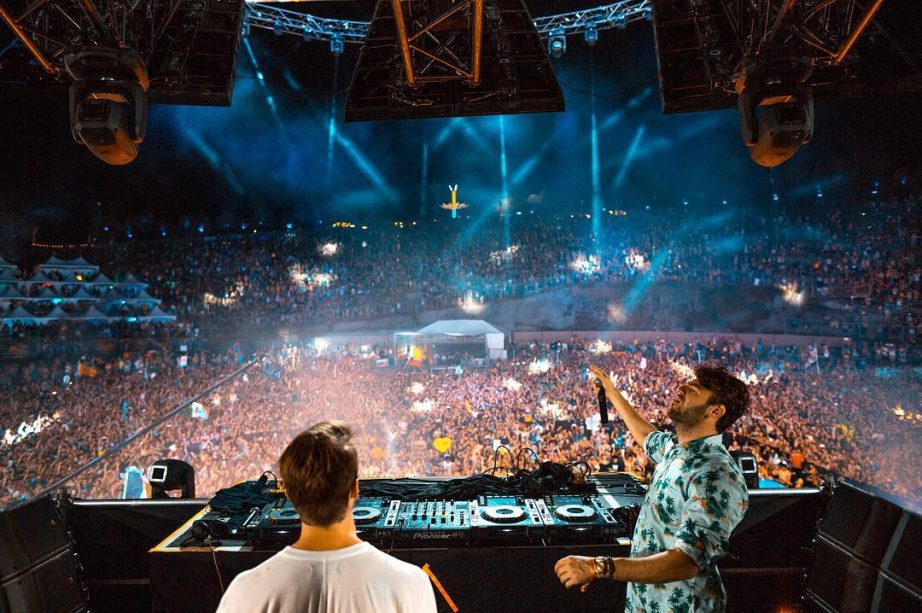 Finally this lightweight pop correspondent can stand proudly alongside the hardened war reporters of newspaper journalism, for I am in Magaluf. It’s after midnight in the land of “24 Sex Acts Girl”, where the bars are called things like Eastenders and the Prince William, red-faced kids move in hungry packs and shot-girls will sit on your knee if they think you might buy a Jägermeister at some point in the next half hour.

I’m about to enter Mallorca’s largest nightclub, BCM, to watch New York dance duo The Chainsmokers make seven thousand people go utterly berserk. I am apprehensive, I believe rightfully, because I am now old enough to look as if the only reason I should be here is to star in an ITV drama in which I am frantically searching for a wayward teenage daughter. Earlier in the evening, I ask the DJs if there really will be, as promised on the flyer, neon paint cannons and one million gallons of foam and water. “I wouldn’t put it past them. This place is a fucking zoo,” says Drew Taggart.

But I’m committed to risking life, limb and sensible bedtimes to meet Taggart, 26, and his partner Alex Pall, 31, because they’re at an interesting point of transition and strictly speaking shouldn’t need to be performing in places like this any more. In 2014 they emerged with that awful band name and an equally awful novelty single, #Selfie, on which a vacuous American girl spouted inanities before pausing to say what amounted to the chorus, “Lemme take a selfie,” while crass synths hammered mercilessly. You could read it as a smart skewering of self-obsessed Instagram culture, but by the time they performed it on American Idol in May of that year, with the celebrity judges scampering around taking phone pics of each other, any irony seemed lost. It made them famous.

“We had only just started making music together. We didn’t really know what we were doing,” says Taggart. “We didn’t realise what putting out a hit song that was a novelty would do to our career, how polarising it would be.”

I ask if the song was a good thing because it raised their profile, or bad because it typecast them as jokers. “Both those things,” says Taggart. “We got to experience what it’s like to have a song that everyone knows, what it’s like to blow up, get a huge record deal and everything look amazing. But then the label we signed to dropped us, because we didn’t have more Selfie songs. We were like, ‘Fuck, what are we gonna do now?’”

What they did, to almost everyone’s surprise, was write a succession of fantastic electronic pop songs that have taken them away from the clubs towards gilded status as some of the most consistent hitmakers around. Roses, which moves close to the pace of a ballad but ascends into a chorus that is pure joy, went double platinum in the US in 2015. Their song Don’t Let Me Down, with its high-impact bass and waspish synth sounds, is currently spending its sixth week in the UK top 10. In the US it has just been joined in their top 10 by Closer. That’s their first collaboration with a big name singer, Halsey, a digital love song about getting back together with your ex, and their best pop tune yet.

Closer also sees Taggart singing for the first time, another indication that these two are more than mere button-pushing DJs. He’s pleased to get to duet with Halsey, a beautiful charismatic weirdo who’s also been defying expectations of what a pop star should be. “Halsey’s cool, she’s swaggy, she’s new, everyone knows her. She’s an amazing character, unapologetically herself. The pop world needs more people like her, it’s so cookie cutter. That’s the journey we’ve been on too. Before you find success, you look at who’s successful and try to emulate them. Eventually we realised you’ve just gotta be yourself and if people aren’t buying into who you are, you’re selling a product that’s fake.”

Handsome Taggart’s the obvious star next to nerdier, bespectacled Pall. When we meet he’s in an old ripped T-shirt, straight from pumping iron in the hotel gym, and looks as if he could easily pick me up and throw me into the pool 50 yards away. Before their mutual manager thrust him together with Pall on a “blind date”, he was producing dance music out of his dorm room at Syracuse University as D’Anconia, named after a character in Ayn Rand’s Atlas Shrugged, his favourite book. I get a sense that he’d quite like to lecture me at some length about libertarianism, but he’s more keen to get off to his pre-show dinner reservation.

When they first met, Pall was DJing as The Chainsmokers with another guy, throwing parties around New York at night and working in an art gallery by day. There were signs of the creative cynicism that led to #Selfie, perhaps, even back then. “I used to paint when I was little, but I stopped doing it,” he tells me. “I was more interested in the dealer side of it. It was a cool way to be creative but also make good money and not suffer as an artist.”

Initially he was inspired by the edgier club scene in Bristol over here, after a trip to visit his sister, who was studying at the University of the West of England. But money gradually dragged him towards a different kind of club: “Bottle service and shitty music,” as he describes it. The Chainsmokers now have a residency at Omnia, the 4,400-capacity club inside Caesars Palace in Las Vegas.

They describe their ideal Vegas routine for me: “We land at like five in the afternoon, and we get a room credit for dinner, so we go to the nicest restaurant possible and eat as much food as we possibly can, otherwise the money goes to waste,” says Pall. “So we get the big steak, you know what I mean? We’ll finish dinner at seven-thirty, eight, and go take a nap for like four hours because we’re so full. Then we wake up feeling super-pumped and ready to go. But that’s not how it goes ever any more because there’s always shit we’ve gotta do. We’ll do interviews, then have a quick dinner but like 20 people will join us.”

“And we have to pay for everybody and that sucks,” adds Taggart.

In Magaluf, where they arrive in the DJ booth at 2.30am, things are less predictable. Pall does most of the work behind the decks, while Taggart yells encouragement into a microphone and leaps off the platform at the many climactic moments. As part of the entrance package, almost all of the clubbers are dressed in identical white vests and fluorescent baseball caps, like drunk Minions – apart from one young maverick, who is dressed as a chicken. As I enter the fray, a fight immediately breaks out beside me. Enveloping blasts of icy steam shoot into the crowd, a necessary shock of coldness. The Chainsmokers mix high energy versions of their hits into their own muscular takes on The Killers, Coldplay, Dr Dre and more. Every time a familiar song appears, I find myself wondering how they’re going to ruin this one.

But they don’t play #Selfie. They’ve moved on to better places, though not completely. “We still want to keep a foot in the DJ world, but maybe we’ll start off with a DJ set and then bring out live people and I’ll play piano and sing,” says Taggart. “But we’ll never stop doing the fun part, making everyone go nuts. That’s why we do it.” 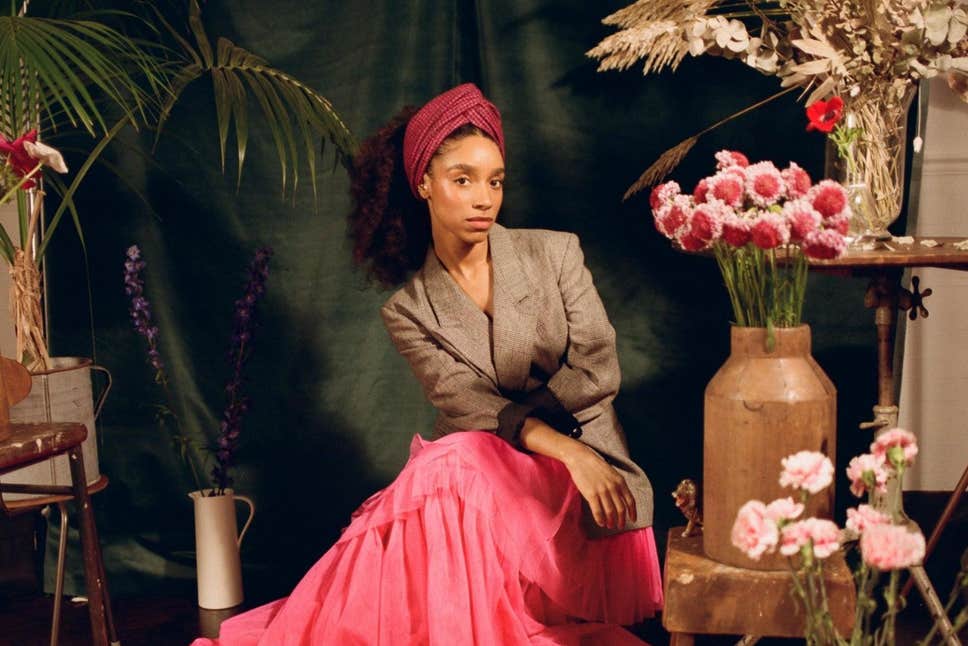