The Bataclan concert hall in Paris reopened at the weekend with a high-profile concert from Sting, exactly a year after the terror attack that claimed 89 lives during an Eagles of Death Metal show. London marked the anniversary in a similar historic music venue at a charity show organised by the family of Nick Alexander, the British merchandise manager who was one of the victims.

Of the two surprise guests, one – Chas and Dave – brought innocent joy while the other – a white-suited Jesse Hughes from the band that was playing on that awful night – was met with a more tense response. The owners of the Bataclan claimed that they had refused right-wing rocker Hughes entry on Sunday night, following critical comments he made earlier this year regarding the venue’s security staff. Here he kept his opinions to himself and adopted a humorous rock ‘n’ roll persona. “The only answer there is for things that are terrible, is love and beauty and peace,” he said, adding: “Remember: stay horny.”

Otherwise, Alexander’s sister Zoe invited musicians he loved and whose T-shirts he sold, including Fran Healy of Travis and Gaz Coombes from Supergrass. As is often the way at charity shows, they played brief, subdued acoustic sets.

Frank Turner also played acoustically but with far more passion and energy, earning the only visible response from a crowd that didn’t seem sure whether having fun was appropriate. Turner also made the only political comments of the evening, making reference to America’s “really fucking stupid” decision last week.

It was left to Newcastle’s Maximo Park to close the evening with the pace and vigour of a full band, including a final anthem for the whole cast. Indie veterans hollering Neil Young’s Rockin’ in the Free World with Chas and Dave felt like a cheese dream, but demonstrated again that music will forever bring people together. 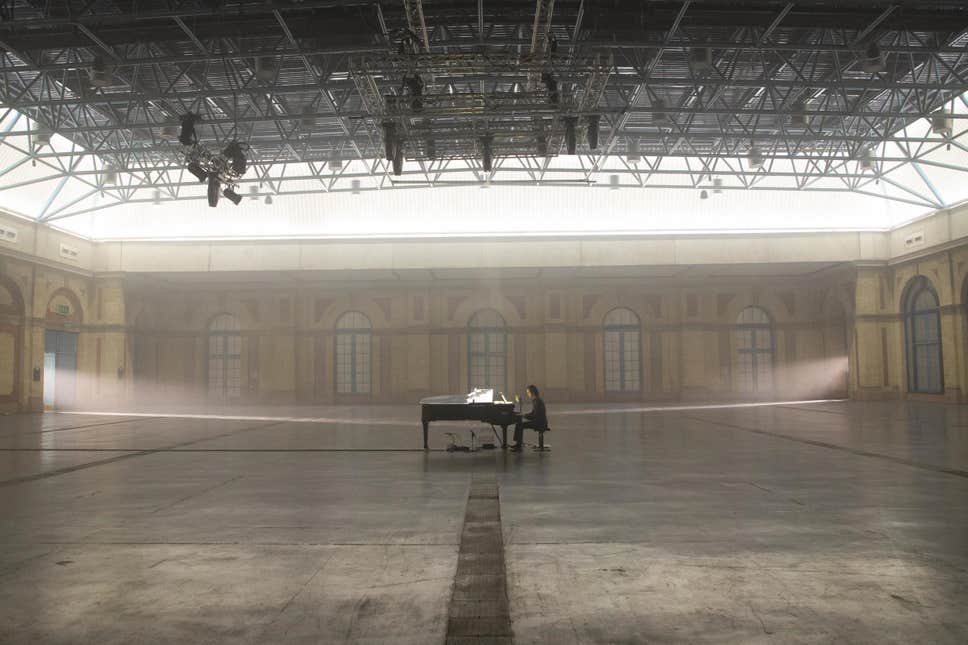