On this occasion, when Sadiq Khan says he’s a big fan of The Police, he isn’t talking about a new crime initiative. The Mayor of London follows a long tradition of politicians revealing their musical taste and then getting stick for it. Though his six song choices are blindingly obvious, at least he’s avoided cosy Desert Island Discs and spoken about them somewhere cool: in the radio booth at the Rough Trade East record store.

Rough Trade’s shops are marking 40 years since the first one opened in Ladbroke Grove in 1976. Back then Khan was a six-year-old living in Tooting. The current shop off Brick Lane is a rare success story while independent record stores generally struggle – a large, bustling space that incorporates a live music area and a coffee counter as well as a carefully curated selection of leftfield music releases. The Mayor wants to encourage this kind of creative business with his London is Open campaign.

The handful of songs that he picked all have a personal connection. Although it may look like he spent three nanoseconds coming up with London Calling by The Clash (come on, Sadiq! Even Boris dug deep for The Clash’s Pressure Drop on Desert Island Discs!), it’s on the list because it was played on the night he celebrated winning the election. Our House by Madness reminds him of, yes, his house, and Florence + the Machine is there because he took his daughters to see her in Hyde Park this summer.

With opinion ratings still high after seven months in the job, it’s unlikely that any musicians will speak out to forbid him from liking them, as Johnny Marr did to David Cameron in 2010. But hopefully his time at Rough Trade will have helped him to make some more interesting choices the next time he’s asked. 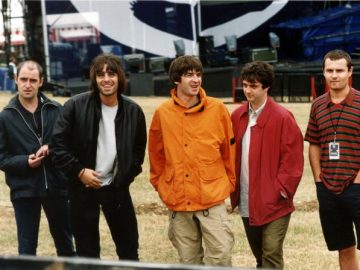