I’m not the only one waiting to meet Tinie Tempah this afternoon. As the 28-year-old Plumstead rapper gears up to release not just his third album, but his first fashion line too, more and more people take a seat in the Mandarin Oriental Hyde Park’s impeccable Rosebery Lounge, tapping at phones and laptops and flicking patiently through heavy books about design while they wait their turn.

There’s his younger sister, Kelly Okogwu, who works as the man born Patrick Okogwu’s day-to-day manager. A designer in his early twenties rolls up. “He’s amazing at what he does. I met him about two years ago and signed him to my creative agency,” says Tinie. The hotel’s publicist pops over to tell Tinie how fantastic he was on Graham Norton’s chat show the other night. Another extremely fashionable individual appears, is greeted and takes a seat. Tinie holds court, straight from a session in the gym downstairs, a regular Louis XIV in athleisure.

We all have to catch him while we can. In the three day window around this meeting, he’ll be taking his seat in the front row at the Burberry show at London Fashion Week, flying to the Middle East to perform at his new weekly club night, Disturbing Dubai, then coming back to the O2 Arena to see if he’s won any more Brit Awards (this time his platinum-selling collaboration with Swedish pop starlet Zara Larsson, Girls Like, loses out in the British Single and British Video categories). He’s been making the new album in Stockholm, LA, Ibiza and his business headquarters in Greenwich, which is also full of sewing machines and pattern cutting tables.

I ask if he’s planning to release the album, which is called Youth, and the clothing line, which is called What We Wear, at the same time. “No, I’m not that stupid!” he says. But they’re both just about ready. The album is an eclectic, occasionally darker mix of low beats and rubbery electronics featuring Tinie’s witty wordplay plus bigger names including Jake Bugg and Jess Glynne and up-and-comers such as Ray BLK, Stefflon Don and Bugzy Malone. The clothes include minimal T-shirts, sweaters and track trousers in blacks, whites and dark blues, plus a jacket made of translucent white plastic.

I also ask if fashion is planned as what he does next, as a possible career that could last longer than his time in the pop charts, which is another stupid question. “It’s funny that we do live in a society where if you decided, from being a journalist that you wanted to be a hotelier, people would be like: ‘Hang on, how dare you! You can’t do that, where’s your experience?’ We are free human beings. You should be able to do whatever you like,” he says. “This new generation is gonna laugh at us for asking that question. They’ll say: ‘What do you mean? I do fashion, I have an app, I also do this, and this, and this.’ They’re not programmed the way we have been. No one’s gonna have one speciality, they’re all gonna be multifaceted.”

He’s been thinking a lot about the younger generation. The album’s cover features him sitting beside a young boy, both with the same clothes and scrawled crowns above their heads. “When I see the little boy on that cover, I see myself, but I also see all of these guys looking for answers of how to become the other guy. I’m not saying everyone wants to be me, I mean in terms of achievement and attitude and positives. There were guys I looked up to too, and if I didn’t have those people around me, I don’t think I would have become this. Now I feel like it’s my duty to tell my story to the new generation, and the circle of life continues, do you know what I mean?”

He talks about his friendship with Streatham 17-year-old Jeremiah Emmanuel, who was awarded a British Empire Medal in the New Year Honours list for setting up his anti-violence organisation, One Big Community. They met when Tinie gave him a Radio 1 Teen Hero award in 2013. “My sisters have basically taken him in as an extra little brother.” And he talks about his plans for his creative agency: “We’re nurturing young talent from, I guess, similar backgrounds to myself. It doesn’t mean you have to be black, just working class upbringings. I have some fashion people, a new young male model. We’re trying to build this family of young creatives.”

The agency is called Imhotep, named after an ancient Egyptian who was an early example of the kind of multi-tasker that inspires Tinie. His list of titles includes: “Chancellor of the King of Egypt, Doctor, First in line after the King of Upper Egypt, Administrator of the Great Palace, Hereditary nobleman, High Priest of Heliopolis, Builder, Chief Carpenter, Chief Sculptor, and Maker of Vases in Chief.”

Phew. For Tinie, vases may be still to come, but it’s important that he shows people who are growing up like he did – south London council estate, hardworking Nigerian immigrant parents – what’s possible. When he boasts, as he does hilariously on his new album, it’s meant to inspire. “I was dropping off the mandem in my Polo/Now I’m with the mandem at the polo,” he raps on Girls Like. “I’ve got a zebra in my house and a antelope,” he reveals on Lightwork.

That would be the former home of the late designer Alexander McQueen, near Victoria Park. He wasn’t sure about the taxidermied animals when he moved in, but told the website Highsnobiety that he understood that they died of “natural causes”. The zebra now wears an LA Kings baseball cap.

It’s another case of being around people who inspire you, even if they’re not around any more. “Imagine if you found yourself living in your idol’s house, and some of their stuff was still there. Since I’ve been there, not to get too spiritual or deep but I’ve only felt positive energy,” he says. “It added to my creative energy and it was probably the thing that gave me that confidence to think I could have a clothing line.” That and his mother, who used to take young Patrick on trips to Switzerland to buy and sell lace. “It wasn’t her day job, it was her hustle. So seeing that world growing up, I guess I’ve always been aware of it.”

From a music perspective, it was Dizzee Rascal who paved the way and showed a teenage Tinie that UK rappers could make a serious impact. Today homegrown rappers feel much less like outliers, more like a movement – Tinie featured Stormzy, Jme, Giggs and many more on his tough-sounding 2015 mixtape, Junk Food – but he doesn’t think they’ve fully arrived yet. Despite Tinie going straight into the charts from the start, with his debut single Pass Out reaching number one in 2009, he still feels like he isn’t treated the same as the pure pop stars.

“I’ve had more number ones than anyone in this whole decade, and they’ll still say: ‘He’s the RAPPER with the most number ones.’ This scene has been made to be isolated,” he complains. “Radio and TV are institutionalised. Why have they created a completely separate radio station that isn’t on the FM dial?” (He means BBC Radio 1Xtra.)

“There is this history, a British story. I heard Dizzee Rascal and he inspired me, and then maybe Stormzy heard me, and someone needs to acknowledge that this is a very relevant, influential, part of British youth culture. I want the next generation to think it’s cool to say they wanna be a rapper and say they’re proud of where they’re from. All the people in Britain who feel like the system does not care about you, you’ll find this in our videos or music or our approach to the world or attitude: ‘I can do anything. I can be this.’”

Chart topper, businessman, fashion designer, high-fiver of Prince William at the BAFTAs… he’s doing a fine job of motivating the next in line to his throne, but I don’t think he’s going to be stepping aside any time soon.

Youth is released on April 14 on Parlophone. 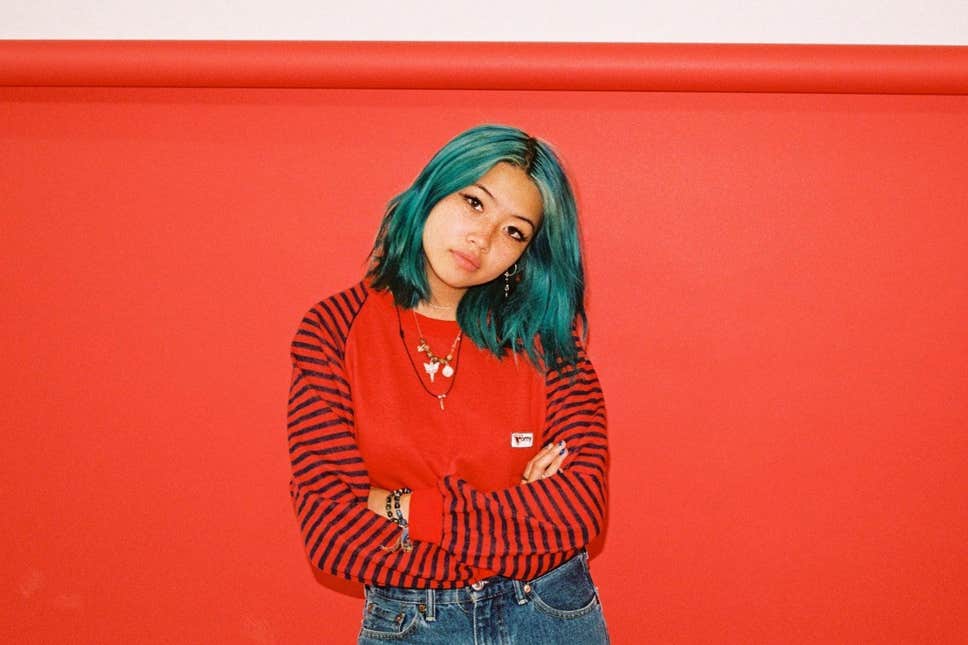