It has taken a long time for country star Miranda Lambert to leave her own country. This was only the 33-year-old Texan’s first solo show in London and her second appearance here, having made her debut at last year’s Country to Country music festival. Back home, meanwhile, she’s been named Female Vocalist of the Year for the last eight years running at the Academy of Country Music Awards. Her hungry UK fans profited from the fact that she had six platinum-selling albums from which to cherry pick her setlist.

Though well established, she is entering a new phase. Her most recent release, The Weight of These Wings, is her divorce album. She and her singer ex-husband Blake Shelton can no longer be the Beyonce and Jay-Z of country music, but she did bring on her current boyfriend, another musician, Anderson East, for a kiss and a duet on their co-written ballad Getaway Driver.

She brought up the 2015 divorce here, along with the idea of “bad shit happening to good people”, before Ugly Lights, a song about being the most embarrassing drunk in the bar. It was a gutsy number that demonstrated why she is considered to have something of an edge on the shiny Nashville scene. She may look like a prom queen – with a glamorous version of the cowgirl’s tassled sleeve on this evening’s dress – but she boldly set fire to a past relationship on the pounding early single Kerosene, admitted “I ain’t the kind to take home to mama” on Heart Like Mine, and sang again of numbing pain with booze on the sizzling Mama’s Broken Heart.

A seven-piece band made her much louder than she is on her records. Relative to other genres, this still wasn’t risk-taking music, but as country goes, hers was a welcome late arrival. 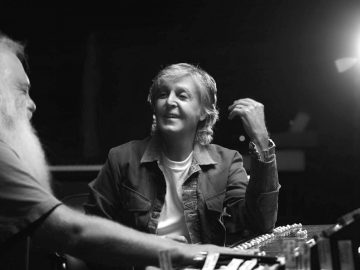