It’s what he does best with his production house, Spacebomb, which will be showing off its achievements to date in a special one-off show this evening at the Barbican. They’re putting on a “Revue” event featuring strings, choir, the Spacebomb house band and the vocals of artists who have graced their studio including Natalie Prass, Mike Scott of The Waterboys, Bedouine, Charlie Fink from Noah and the Whale, and White himself. It’s an embarrassment of riches.

Spacebomb operates out of Richmond, Virginia, huge distances away from traditional bases of popular American music such as New York, LA and Nashville. Yet they’re responsible for several of the greatest albums of recent years, especially Natalie Prass’s self-titled debut from 2015 – a string-drenched beauty that recalls Dionne Warwick, Scott Walker, and Dusty Springfield’s classic Memphis recordings – and White’s Big Inner from 2012 – lush country soul that he expected to be heard by “about a hundred people” and ended up taking him on tour to Sydney Opera House and the Hollywood Bowl.

“We’re outsiders who have done it our way, and I don’t mean that in a prideful way. It just happens to be the case that we’ve made a statement artistically from outside the music industry and stuck to it, and it’s continued to resonate,” says White.

He’s a tall, affable fellow of 35, more hair than man, and a proper muso. Between his clip-on sunglasses and lustrous beard, it’s a bit like watching a disembodied mouth quoting Thelonious Monk, analysing the guitar solos of Keith Richards and revealing that at the age of 11 he was drumming in a band that did Nirvana and Pearl Jam covers. Raised two hours away in Virginia Beach, he’s based in Richmond because he and many of Spacebomb’s key musicians hail from the prestigious Jazz Studies course at the city’s Virginia Commonwealth University. He studied jazz guitar and jazz arranging, though his heart was really with the sounds of his childhood: Motown, The Beach Boys, Sly & The Family Stone, Creedence Clearwater Revival.

“Jazz is not where I can express the deepest parts of who I am, but it does inform what we do,” he explains. “The idea of having a singer, a rhythm section, supportive arrangements, and it being groovy: that’s jazz music.”

That education, also, means that he and his guys can PLAY. That’s what he thinks is missing from a lot of live performance today. “There’s so much about making music now, especially from a live point of view, where there’s no risk,” he says. “A lot of the live music experience is so set in stone – the setlist, the visuals and so on – that it really limits the musical experience. Our people have the green light to really play. There is a conversation going on stage musically, and that’s what you rarely see.”

The other thing that his collective has revived is the idea of the house band – an in-studio group that can play the songs of any visiting artist in the mould of Booker T. & the M.G.’s at Stax, The Funk Brothers at Motown, The Swampers at Muscle Shoals and The Skatalites at Studio One. It’s not the done thing in the age of bedroom laptop producers, but listen to the theatrical extravagance of Foxygen’s album Hang, or the blissful covers of Gentlewoman, Ruby Man, White’s album of duets with Flo Morrissey, both from the start of this year. It’s very much worth the extra effort.

“Spacebomb thrives on doing things that seem difficult, that seem like they shouldn’t happen any more. That’s why I like it,” he says. “With music technology today, the more we are able to measure, the less we value the intangible magic of certain situations. It’s the difference between getting 16 string players in a room and having one player who you overdub 16 times. It’s not the same thing.”

With the focus on the studio operation, White has never put on a Spacebomb Revue show before, but it doesn’t sound like it has been too taxing. Backstage after he and Flo Morrissey played a concert at the Union Chapel in February, he mentioned the idea in passing to a Barbican booker, who got out the calendar on his phone and cleared October 6 there and then. “It took five minutes!” And naturally the concept appealed to those who have passed through Spacebomb’s doors over the past few years.

“We make these records, but we don’t usually get to play them out. People have their own bands on tour, so some of these songs we’ve never played. But we’ve worked with these people so closely, so it’s going to be really fun to reconnect with them after all these warm experiences.”

He says it was an obvious choice to try it out in London first. It’s here where White’s two solo albums and the rest of the Spacebomb catalogue have been received best. “None of this would have happened if listeners and writers here in London hadn’t been so supportive of my records and Natalie’s record,” says White. “It was the beginning of a snowball that has given us cachet and enabled me to have a career as a musician, to be sitting here talking to you instead of teaching a 10-year-old how to play guitar. I could very well be spending this afternoon behind a cash register somewhere – there are plenty of people as talented as I am who are doing that – but there’s an understanding and a warmth for what we do that is different in the UK and in London in particular. It’s not a coincidence that this is the first place we’re doing the show.”

Though he’s the one doing the interviews, Spacebomb is far from a one-man band. It has nine “owners”, including percussionist Pinson Chanselle and arranger Trey Pollard, and there are 63 people named as the Spacebomb “family” on their website. White wants that family to grow even bigger as word continues to spread about the magic they conjure. I mention that I’d like to hear a superstar such as Adele backed by their exquisite sound. “We could handle that and make something really special. That wouldn’t be intimidating to me in the least,” he insists.

At the same time, he’s anxious that his organisation doesn’t become known for just one style. “Spacebomb has this reputation as a nostalgic, vintage-y soul music thing, which I really push against. I don’t want us to be that. You do something and it echoes out, so you get asked to do that thing again,” he says. “For me Spacebomb is about a process, a way of thinking about music that is flexible across basically any genre. There are parts of the music world that I haven’t quite gotten to in the production world. I think Kendrick Lamar is making the most exciting music in the world right now. He’s Bob Dylan and Sgt Pepper in one thing and nobody is anywhere close.”

A Spacebomb hip hop album for 2018, then, with Adele on backing vocals? I’d love to hear that. Don’t put it past a collective that’s doing things their way, and doing them very well indeed.

EVERYTHING EVERYTHING interview – Evening Standard, 21 Sept 2018 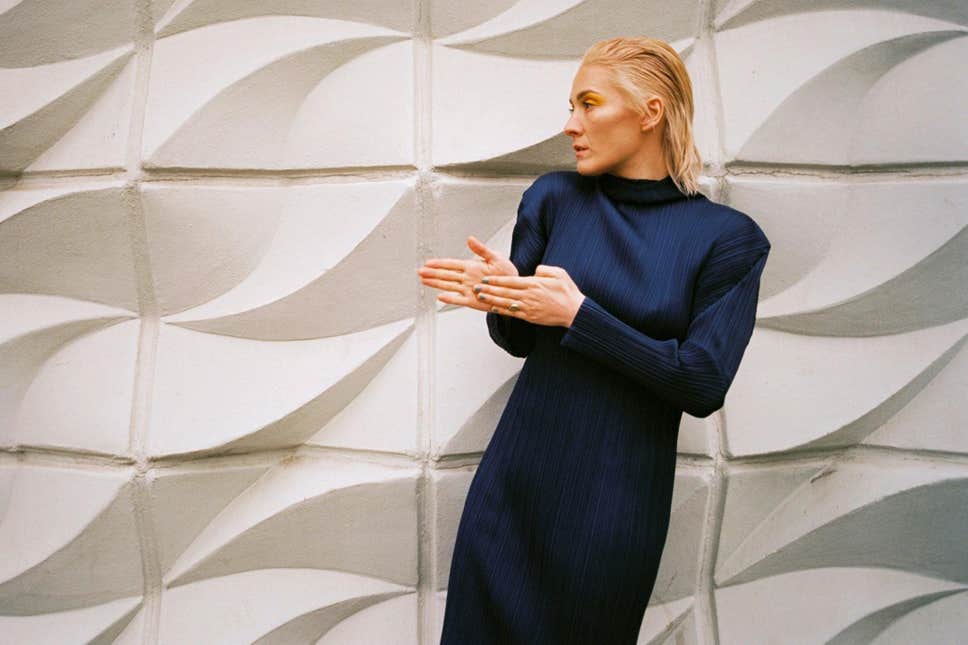