It’s a few days before the Royal Wedding and the gates of Buckingham Palace are surrounded by scaffolding. Yards away, members of the public queue to meet quiz show host Alexander Armstrong. Meanwhile, all anyone wants to talk about is Star Wars.

I’m at Elstree Studios, currently home to Netflix series The Crown and BBC television’s Pointless, where the George Lucas Stage is being occupied by rehearsals for the new live set from The xx.  A long line of techy people sit at glowing laptops at the rear of the huge dark space, looking like a satellite launch crew. The London trio haven’t played a hometown show since their record-breaking seven nights at Brixton Academy in March 2017, and they’re planning something big.

Tomorrow they’ll join LCD Soundystem and Bjork as the inaugural headliners of All Points East, a new festival taking over Hackney’s Victoria Park across two weekends. Catfish and the Bottlemen, The National and Nick Cave & the Bad Seeds are on in a week’s time. It’s an unlikely career high for a band of Putney schoolfriends whose hushed music and lower-case, almost redacted band name came about as a result of intense shyness.

“It’s not something I ever imagined us doing, taking the step to be a headlining festival band. If you’d told us that when we started 13 years ago it would have been a real joke,” says guitarist Romy Madley Croft, 28, who shares vocals with bassist Oliver Sim, 27. Producer Jamie Smith, 29, who has also released a marvellous solo album as Jamie xx, completes the group. He’s got computer work that the other two don’t need to do in the run-up to the show, so skips the interview.

“We’ve never been ‘born for the stage’ performers,” Madley Croft continues. “We didn’t really come from the most ambitious place with our music. We just loved it.”

And they weren’t the only ones. Their debut album, xx, filled with intimate pillow talk songs so minimal as to seem almost weightless, sounded competely original when it arrived in 2009. It slowly became a platinum seller, only entering the top 10 for the first time a year after its release, and won the 2010 Mercury Prize. Their instrumental song, Intro, became ubiquitous on tense TV dramas. Shakira covered them at Glastonbury, and Ed Sheeran nicked their distinctive sleeve designs for the cover of his ‘Multiply’ album. “It’s great that he’s moved on to a different mathematical symbol now,” jokes Madley Croft.

“A lot of people have said to us that it’s music that you should experience on your own – something to listen to on night buses, so it still surprises me that bringing it into a big live venue works,” she tells me. “In New York next month we’re playing before The Killers. If you put our songs next to each other, we’re not going to reach that anthemic level. But we’re reaching people in a slightly different way.”

They also tend to put more effort than most into their events. Under the banner Night + Day, they’ve previously put on their own festival-style event at Hatfield House, Hertfordshire, in 2013. Last year’s week in Brixton also incorporated club nights, cinema screenings and a radio show. In July they’re bringing it to Bilbao for another six days of events across the city, including a DJ performance by Smith in the Museo Guggenheim.

Festivals organised by others still have their appeal, however. “Night + Day feels like when you’re throwing your own birthday party, and you’re like, ‘Are you having a good time? Are you having a good time?’ But multiplied,” says Sim. “I’m really looking forward to our biggest London show. If you’d spoken to me at the end of last year, I was a bit…” he makes a stupefied, thousand yard stare.

The whole band are getting better at this job, knowing when to step back from the intensity. Sim stopped drinking at the start of 2016. “I was confronted by everyone independently. Even so it took a while for me to get on board,” he says of a period when his life was heading out of control. He found it hard to know what to do with himself after the band had finished touring their second album, the 2012 release Coexist. Madley Croft spent some time in LA writing pop songs with other people, and Smith’s rave-influenced album from 2015, In Colour, became a gold seller and took him around the world as a party-starting solo performer. Until they surpass it tomorrow, he has played a bigger London show than his main band, at Alexandra Palace in 2016.

Enough time has passed now for Sim and Madley Croft to admit that they weren’t really sure how to follow their early success, and that sessions for the underwhelming Coexist (essentially the same quiet sound, but even quieter) were tense. “With the first album I got a really bad case of imposter syndrome,” says Sim. “People were complimenting us on things that were accidents, or maybe more impulsive. They’d ask where something came from and I’d be pulling out answers rather than saying, ‘I don’t know, it just felt right in the moment.’ Then our response to the first album doing so well was to completely shut ourselves away in a studio in a flat off City Road, and do it just by ourselves. We lost a lot of perspective at one point.”

“We didn’t want to admit that it was hard, that we were feeling the pressure,” says Madley Croft. “We definitely felt separate on the Coexist tour. We isolated ourselves from each other a little bit.”

In the end, although Smith’s solo success might outwardly have seemed to threaten the existence of the band, it pointed to a way out of their understated corner. “Going to see Jamie making people dance, we realised that dance music is such a big part of what we love. It felt natural to incorporate it into the next album, the energy and moments of release as well as the quieter moments. That was a reaction to Coexist being more delicate,” says Madley Croft.

So the third xx album, last year’s I See You, samples Hall & Oates, picks up the pace in a few places and comes with a newfound sense of fun. It became their highest charting release in the US and earned the band a second Mercury nomination. It also brought them closer as friends again.

“I remember speaking to Adele about her experience of touring,” says Sim. “She’s friends with her band but they are session musicians. It sounded really lonely. It made me appreciate what we have.”

“I’m really glad that we’ve got each other and have known each other for so long,” adds Madley Croft. “I know it’s kept me sane.”

And with that, they’re back off to the great room beside the fake Buckingham Palace, ready to make some real memories. 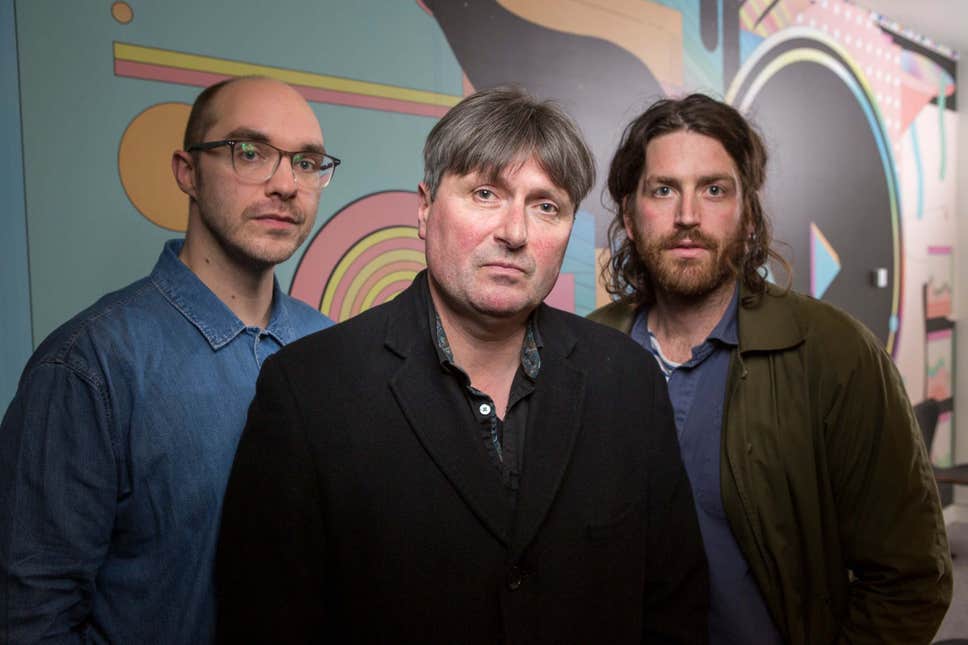