You might think a music festival isn’t doing too well when potential attendees have to Google the headliner. After Bestival organiser Rob Da Bank revealed that London Grammar and MIA would be joined by Silk City at his popular Dorset weekender, one disgruntled commenter wrote, “Come on this act isn’t even on Spotify!”

So says Mark Ronson, for it is he, forming a DJ Traveling Wilburys with his fellow producer Diplo. At the moment there’s just one song to hear, a swishy disco house track entitled Only Can Get Better, which features Australian singer Daniel Merriweather repeating the title in the manner of Daft Punk’s Around the World. But the mighty pedigrees of Ronson, 42, and Diplo (real name Wes Pentz) have rocketed them to the top of the list of festival attractions.

I’d be ecstatic to be dealt either of them for Pop Producer Top Trumps, put it that way.  The pair have had a hand, or multiple limbs, in a vast number of hits across the 2000s. In 2015, just as Ronson and Bruno Mars’s smash single Uptown Funk was leaving the UK top 10 after an 18 week stretch, it was replaced for a further 12 weeks by Lean On, the biggest song from Diplo’s fusion-pop collective Major Lazer. Diplo has formed other power unions, with Skrillex as Jack Ü and recently with Labrinth and Sia as LSD, while producing songs for Justin Bieber, Beyonce and Madonna. Ronson’s platinum disc collection as a producer includes Lily Allen’s Alright, Still, Amy Winehouse’s Back to Black and Joanne by Lady Gaga.

“I remember DJing about six years ago and playing Chris Brown’s Look at Me Now, MIA’s Paper Planes and Major Lazer’s Pon De Floor – all bona fide club classics,” says Ronson of his new partner’s impressively eclectic oeuvre. “I have two wedding tunes though: Uptown Funk and Valerie. Mine are a little more PG.”

They’re called Silk City because that’s where they first met, as up-and-coming DJs around 2003. It’s a diner and nightclub in Philadelphia with the slogan “Everything Old is New Again,” which hopefully refers to the music rather than the food. At the time, Diplo was living in Philadelphia and beginning to make a name for himself as half of another DJ duo, Hollertronix. Ronson’s reputation in the hip hop clubs of New York’s had spread far enough to get him a gig in the City of Brotherly Love. They got together for dinner with mutual friends.

“We were a bunch of DJs nerdily talking about records and hip hop breaks,” says Ronson, recalling Diplo trying to outdo him with knowledge of the sample on a Jay-Z single from the time, Public Service Announcement. “He was definitely flexing. He was cocky in that way that he is now, but it’s not offensive, it’s honest.”

“I was kind of a fan,” admits Diplo, 39, today. “I knew he was a record collector and a DJ and we bonded on that level. But not much happened until the last few years, when he’s been living in LA, and we became close.”

If you wanted to hear them together on a record before now, you’d have to dig out a Diplo-produced mixtape from 2008 by Santigold (then known as Santogold) called Top Ranking. Ronson appears on a brief skit, parodying himself and his “signature trumpets”.

“Every six months or so over the course of our friendship, there’s been a late night email flirting with the idea of working together,” says Ronson. “Then about a year ago we did five days at my studio and it was instantly fun and good and quick. The first day there were six little ideas.” They were joined by singers Wizkid and Dua Lipa, rapper PartyNextDoor and songwriter Tobias Jesso Jr, among others.

The way we conduct these interviews seems to reflect the way the Silk City project functions. Diplo reschedules a phone call a few times and eventually comes on the line sounding like death warmed up. Ronson has plenty of time for me over coffee in the courtyard of Marylebone’s Chiltern Hotel, then takes me up to his suite to play me the song that features Dua Lipa from his laptop. It’s got a poppier chorus than the single that’s already out, and an old school, soulful house sound that really suits Lipa’s husky voice.

“We’re like Felix and Oscar in The Odd Couple,” says Ronson. “He’s running around in 700 countries, which drives me crazy because of my personality type. I’m so neurotic, I want to over-rehearse and spend days doing it to death. I broke up the band twice before we’d even finished a lick of music, just through these petty texts going back and forth and me wanting to be in the studio all the time.”

It may not have felt like it to Ronson at the time, but the team-up appealed hugely to Diplo as well, as a step away from an American dance scene that never seems to know when to tone things down a bit. “I don’t just want to be on the main stage, making the craziest, loudest music with everyone trying to outdo each other on the biggest songs,” he tells me. “I want to create this atmosphere that’s sexy, to be innovative and cooler while making some references to the past. We’ll play 20 records in an hour instead of 50. We want people to put their phones down, actually to look at each other and dance with each other.”

Both of them separately use the term “elegant house” when describing Silk City’s music. It could be an opportunity to have some nostalgic fun for the summer before they get back to their day jobs – Ronson promises new solo material before the end of the year, and Diplo as ever has numerous other irons in the fire, including songs with Black Coffee and Elderbrook, more LSD material and an Afrobeats EP with Major Lazer. But don’t call this a side project.

“I’m never gonna say, ‘This is my side project. You should hear my real album, it’s really weighty.’ I kind of treat every release like it could be the one on my epitaph, so I don’t really think like that,” says Ronson. “Even if this is the most dancey thing I’ve done, and I love the fact that this gives me licence to not care as much and do something that I perhaps wouldn’t do by myself, I still have to be able to stand in a room with any of my peers and be able to play it without cringing.”

Even so, it’s fairly clear that he’s just as excited about a couple of other things, probably more so. He recently launched his own record label, Zelig, and watched the first signing, King Princess, hit 100 million Spotify streams with her first song, 1950. Meanwhile, following his split last year from French model, actress and singer Josephine de la Baume, after six years of marriage, it does sound like his next solo album will be weightier than the sweaty funk of its predecessor, Uptown Special. “It’s like a DJ break-up record. I’ve been through a lot of shit in my life since then,” he says. “Nobody’s ever gonna come up to me and tell me that ‘Uptown Funk got me through a really difficult part of my life.’ There’s music that you go to when you need something to fill you emotionally, and there’s music you go to when you just wanna let loose and have a great time. My new record is probably in the former category.”

Until then, Silk City have enough music for an album, but Ronson says they may just go the modern way of throwing song after song individually onto streaming services. But whether it ends up being an epic bromance or a summer fling, there’s no doubt these two merit top billing.

Only Can Get Better is out now on Columbia. Silk City perform Fri Aug 3 at Bestival, Aug 2-5, Lulworth Castle, Dorset (bestival.net) 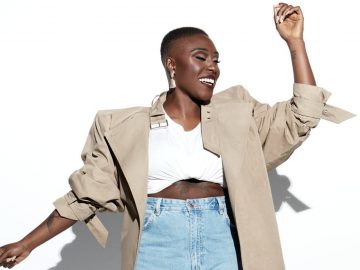