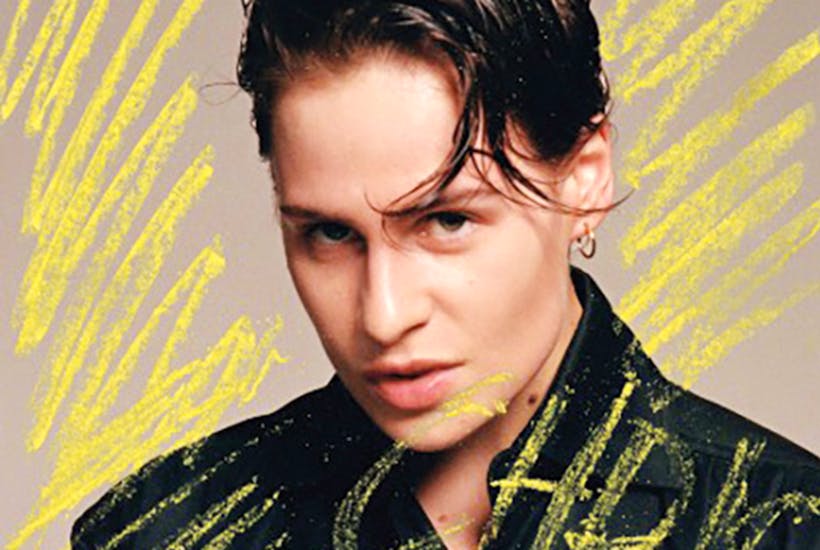 There are two things that Chris, the mononymic star of Christine and the Queens, knows about next week’s Brit Awards: what she’s going to wear, and that she isn’t going to win.

When the musician born Heloise Letissier in Nantes was first nominated in the International Female category, in 2017, she lost out to Beyonce. This time she’s up against Ariana Grande, Camila Cabello, Cardi B and Janelle Monae. “This is why I didn’t prepare a speech!” she says, showing me the loser’s clap that she has been perfecting – polite and dignified – and doing a sharp impression of the kind of non-questions she’s ready to be asked on the O2 Arena red carpet. “SO, THE ALBUM,” she says, thrusting a pretend microphone at my face.

The press pack won’t have any trouble spotting her, anyway, in what she promises will be “something quite severe and leathery but sexy, Matrix-inspired. Trinity goes to the Brits.” When we meet in the bar of a discrete hotel on a Paris side street she’s sporting a loudly checked, belted suit and scruffy white trainers, one ring in her right ear like a pirate, hair cropped even shorter than on the androgynous cover of her second album, also called Chris. She speaks English fast and fluent, with the mannerisms of a silent movie star – exaggerated movements of the hands and face and impeccable comic timing.

Her new image caused some confusion when she reemerged last year, having sold 1.3 million copies worldwide of her 2014 debut album, Chaleur humaine, and become one of French pop’s biggest international successes. With the “tine and the Queens” scribbled out messily and her hair in a wet quiff, people kept asking if she was transitioning.

It was more ambiguous than that. “I really liked the intensity and the ambivalence of it,” says the 30-year-old. “I liked the idea of not getting rid of the name totally, but perverting it instead. It can be joyous or violent. There is a matador energy and bravado [in the cover photo], lots of defiance, but also a bit of humour I hope. It’s like kids dressing up and playing tough guys. The story can be understood in different ways.”

As she reflects on the album’s September release, it sounds like she faced more resistance in France, where Chris has sold less than a tenth of its diamond-certified predecessor, than in the UK, where it was high on many critics’ albums of 2018 lists and her concerts, a mix of modern dance and dreamlike spectacle, were reviewed rapturously (though even here it spent just 4 weeks in the UK top 40, compared with 25 for her debut).

“There was a difference in the UK, where it was fantastically received and also understood,” she says. “French people were more conservative. They didn’t really want me to change. They were like, ‘What did you do with your hair? Are you representing us like that?’ In the record I wanted to address nuance and hesitations and intricacies, but at the same time I’m working in pop music, where nuance is complicated to address. I’m still a woman – I’m just Chris with short hair, working a femininity that is masculine. People do want clear answers, but even on the first record I was trying to escape clear answers.”

Nevertheless, since her striking TV appearances at Glastonbury and on The Graham Norton show in the same month in 2016, her influence has been huge. Madonna and Dua Lipa took clear inspiration from her videos. On the day we meet, she’s amused to see a tabloid article in which Howard Donald reveals that he’s become “open to” gender fluidity since listening to Christine and the Queens, under the headline “Pansexual? I’d Take That”.

Chris defines herself as pansexual and dates men and women, with considerable drama by the sound of things. “It’s been an intense year, with the record being received differently and also my personal life was like…” – she makes an exploding sound and expands her hands. “The ‘crisis’ in Chris. Personally I was a wreck but artistically I was like, ‘Oh, that’s interesting. I should pitch that to Netflix.’”

She was expecting the second album to shake things up a bit. She was listening to Eminem’s second release, The Marshall Mathers LP, where the rapper deconstructs the Slim Shady persona that brought him such success. “Before, I had the freshness of someone arriving. We love people that we discover. So how can I be no longer fresh and enjoy it? Should I slightly destroy it? There is a sense of perversion of the small legacy that I found really interesting.”

Her sound shifted from classy dance pop, blurred at the edges (such as her biggest hit, Tilted) to something more raw, sweaty and funky. “Listening back to Chaleur humaine, I was like, ‘Oh, it’s actually a really melancholic, nocturnal, soft record.’ That’s part of me but it’s not all of me,” she explains. “When I wrote the second record I was just out of a gigantic tour – two years on stage every night sweating. You have more stamina immediately. I was way more comfortable in my own skin thanks to everything that happened on the first record. I was living more. I had more stories of desires and frustrations. I started to write songs that were really more funky right away.”

On her most recent tour, she used her background as a theatre student to present a show that was a long way from standard arena pop dazzle but still visually unforgettable: grand painted landscape backdrops, a gentle snowstorm, falling lines of sand, a surprise balcony appearance, and dancers who eschewed formation routines to tell a story in movement.

“Some people were surprised at the theatricality of it. There were points where they didn’t know whether they should clap. I wanted to invite people in differently. It was an interesting challenge to think of big venues as something fragile. I wanted something really bare and exposed and naked.”

She knows it will have to be adapted for the outdoors when she embarks on a long summer of festival appearances, including a headline slot at Hackney’s All Points East, but you can bet she’ll find a way to make it equally stunning.

I ask if she might make another change to her future shows and stop performing a snippet of Michael Jackson’s Man in the Mirror, given that a new documentary has renewed negative focus on the late superstar’s personal life. He and his sister Janet are clearly among her biggest musical influences – she also played Janet’s Nasty at recent gigs.

Typically for her, it’s not so simple. “I can’t deny the influence. It’s a question now more than ever: can we enjoy the artist knowing what we know about them? It’s conflicting for me, but I prefer to watch it and not know what to do than push it away,” she says. “I’d rather address the conflict than just say bye to Michael Jackson because it feels impossible. Maybe pop music is better than us.”

The Brits organisers are missing a trick by leaving this extraordinary performer in the audience next Wednesday, but she seems content to stand apart. “That feeling of being an outsider is going to linger on with me even though at some point I’m not any more, because I’ve been feeling it so strongly since I was young. You can’t really get rid of that,” she says. “It doesn’t seem obvious because I’m doing a job where I’m exposing myself, but I’m quite an introvert. I’m afraid of everything except being on stage.”

On May 26 Christine and the Queens headline the All Points East festival, Victoria Park, E3 (allpointseastfestival.com). Her new single, Comme si, is out today on Because Music. 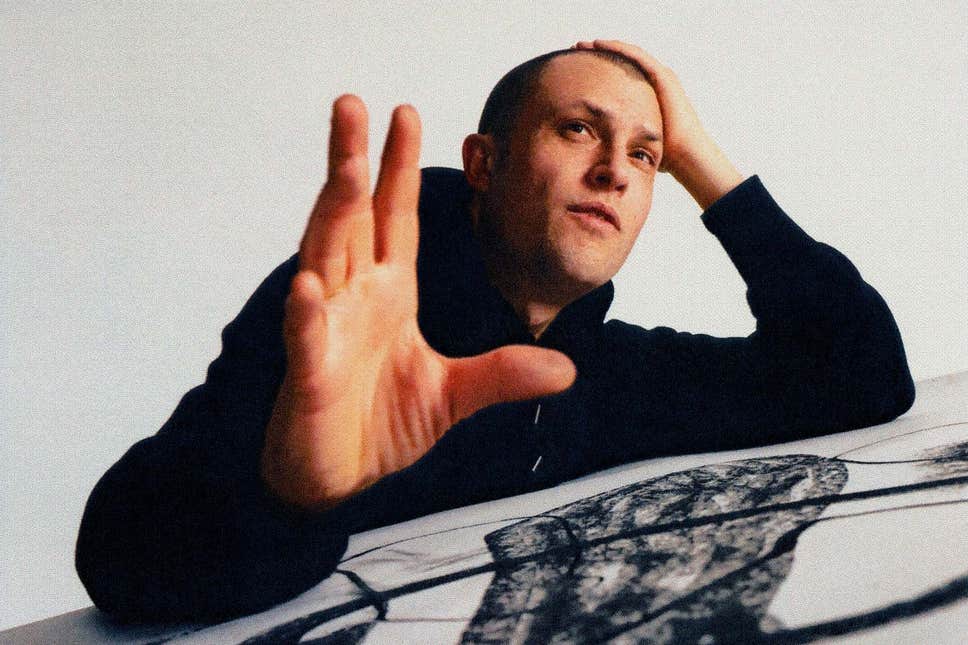