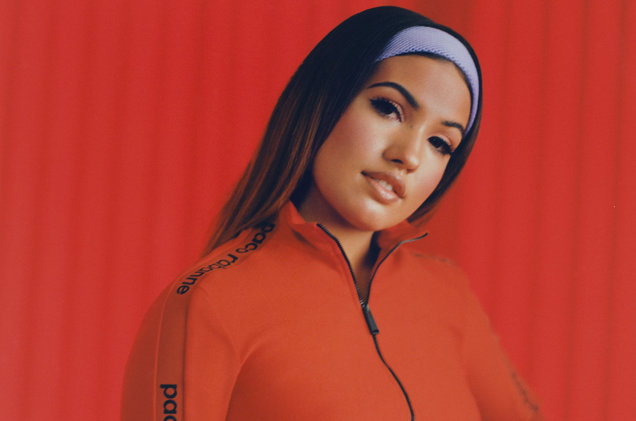 “I don’t mind hard work and no sleep. I’ll do whatever it takes,” Mabel McVey says. The 23-year-old pop singer, who trades mononymously as Mabel, proves it on the day we meet. In the 12 hours before she arrives for lunch in Soho, she has performed at a Jax Jones pool party at an Ibiza Hotel, gone to bed in west London at 4am and got up to travel to the radio station Kiss and record several interviews. Later she’ll perform again at a private event for Channel 4 at the Roundhouse.

Even on the radio you’re likely to be filmed these days, so she’s also found time to dress to the nines with a purple-pink wig that matches her jeans, nails and eyelashes out to here, a voluminous fluffy jacket with a smiley face on the back and a gold necklace that says “Alabama” – her middle name. While we talk, her phone on the table lights up every minute or two with something new.

It’s no wonder she sounds a little spaced out, appearing to switch to autopilot for much of an interview in which she knows she’s bound to be asked about her high-charting collaborations with afroswing stars Kojo Funds and Not3s, her musical parents – Swedish singer Neneh Cherry and Massive Attack producer Cameron McVey – and the ongoing success of her biggest single, Don’t Call Me Up, which only recently left the top 40 after four months. She’s picked our restaurant – her favourite apparently – but she doesn’t eat, asking only for a fresh mint tea and a little honey. “I’m so sorry, my appetite is so weird today,” she apologises. “When I don’t get a lot of sleep it makes me feel really nauseous.”

It’s hard right now, but this is definitely what she signed up for. She says she decided she wanted to be a singer when she was five. “I was very young, watching Destiny’s Child,” she says. “I dreamed of performing on stages in front of thousands, hearing my songs on the radio. Without those big thoughts I probably wouldn’t be where I am today.”

As she grew up, there were musicians around most of the time. Her godfather is Michael Stipe of REM. Her half-brother Marlon Roudette, as half of the duo Mattafix, had a hit across Europe in 2005 with the single Big City Life. And who could forget uncle Eagle-Eye Cherry and his 1997 smash, Save Tonight? Her mother, however, released her album Man in the year she was born and didn’t put out another until 2014.

They provided some inspiration but didn’t open doors for her, says Mabel. “My dad would let me come to the studio and watch people work. I’ve always been a people watcher. My mum stopped doing it to be around for me. I knew it was her job but you don’t think things like that are weird when you’re a kid. Your environment is your environment,” she tells me. “But if I’d put music out and it hadn’t been good, it wouldn’t matter that my mum and dad are who they are. I think it actually made it harder for people to take me seriously in the beginning.”

Nevertheless, things moved quickly for her initially. The first song she put on Soundcloud, Know Me Better, got Radio 1 airplay almost instantly in 2015 and a major label record deal folllowed soon afterwards. She was named on the BBC’s Sound poll of artists predicted to be big in 2016, but she wasn’t ready, she says now.

“I’d had enough early success that there was pressure to put more music out, but I hadn’t figured out my sound,” she says. “I felt naked, having all these people looking at me while I was trying to work out who I was. It was terrifying.”

It was particularly tough given that Mabel has existed under a weight of anxiety from a young age. “I’ve had it my whole life, suffered really badly with insomnia. I used to have terrible nightmares and wouldn’t sleep. I had all these crazy big questions about death and war as a kid. I used to take things very hard and get so stressed about things.”

During teenage years living in Sweden she studied at Rytmus, a Stockholm performing arts academy roughly equivalent to our BRIT School, but mostly didn’t go in. “I stopped going when I was 16 and did a lot of work from home until I graduated. I had way too much social anxiety to actually hang out with kids my own age. I was very insecure and it was just too much.”

Having creative parents helped. “My mum always said it was my superpower,” she says. “My parents were like, ‘It’s cool, it just means you’re one of us, so turn those feelings into a picture or write a song.’”

But what has helped the most is writing her debut album, which is coming in August. “It has been the most  confidence-building experience, writing an album. I have more confidence in the way I sing, in the way I perform, the way I write, and just as a person.”

The album is called High Expectations, a title that refers to the music industry’s apparent anointing of her as the UK’s next major pop export after Dua Lipa, but also the pressure that she has always placed on herself. “I always felt so bad about myself, that I wasn’t good enough at anything that I tried to do. I wasn’t pretty enough, I wasn’t this, I wasn’t that,” she says. “I spent my whole life talking to myself in that negative way, then I made the album and it’s changed the way I look at myself. I actually feel so fulfilled just having finished it.”

On Don’t Call Me Up, she’s the ex-lover revelling in a breakup, having too much fun in the club to look at her phone. The single was certified platinum last month. On Mad Love, her new single, she’s telling a boy precisely the type of relationship she requires. Since her early singles she has mastered the type of shiny global fusion pop that sails high in the charts every time.

The key song for her, though, is called OK (Anxiety Anthem). It was written with prolific producer MNEK on a day when she felt far too stressed to go into the studio. “I realised that instead of cancelling, I could go in, admit that I’m not okay, and work with what I’ve got.” They ended up with a chorus that repeats, “It’s okay not to be okay.”

“It’s better to be honest about how I’m feeling than to try to pretend. The album is for anybody who has ever felt that they’re not good enough. I know what that feeling is and it really sucks,” she says.

It’s time for her to go on to her next appointment. I break with professionalism and ask her if, exhausted as she is, she might film a quick hello on my phone to my children, who are fans. She does it perfectly in one take, suddenly appearing bubbly and excited for that 30 seconds on camera. It’s like the Christmas lights have switched on in a city centre. It makes their day and I think, though it may have been a struggle to get here, Mabel is really good at being a pop star. 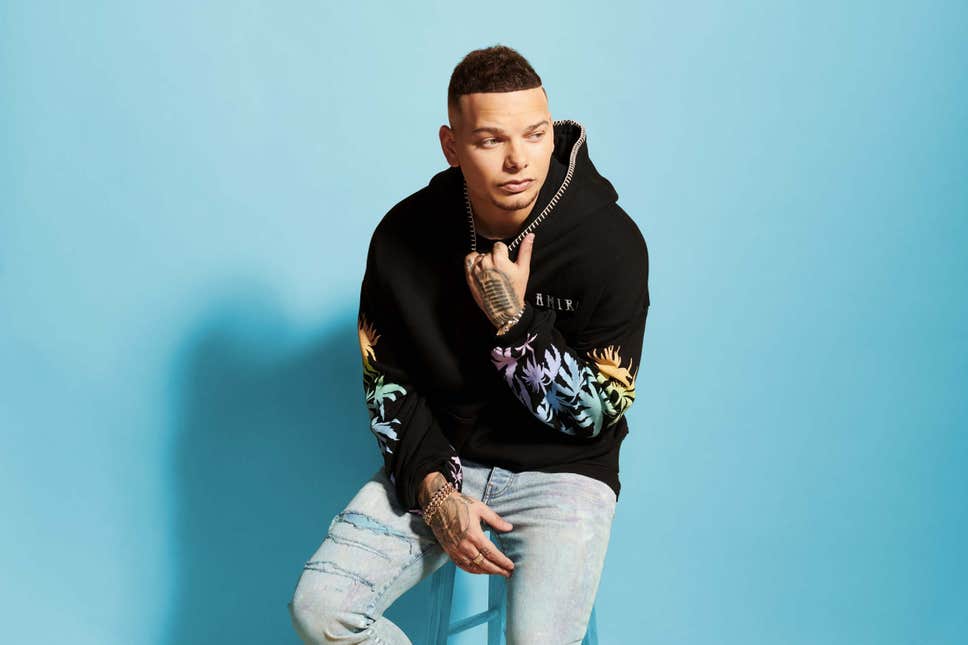