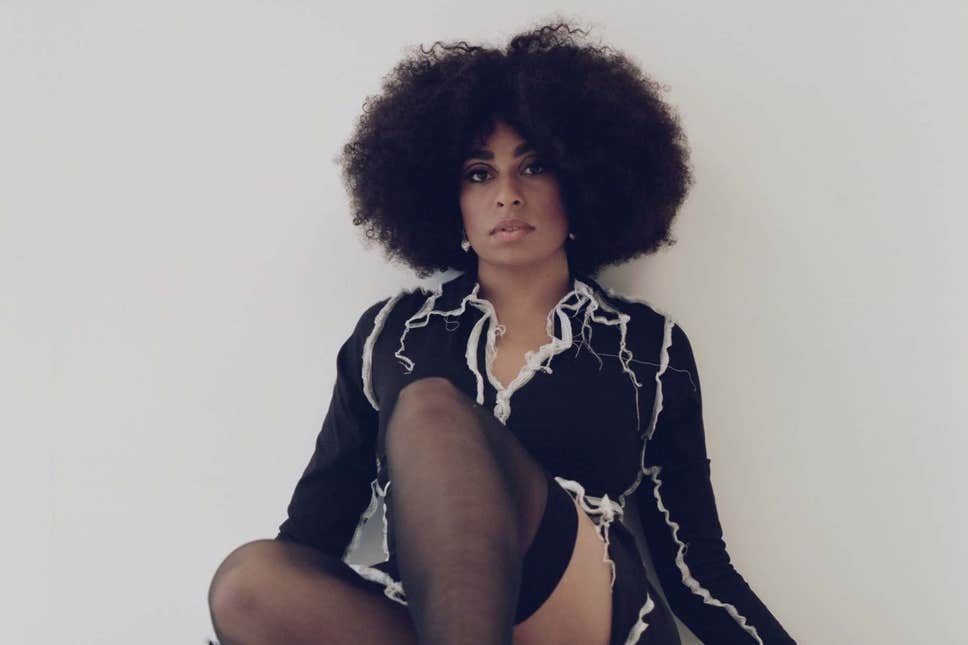 Celeste meets me in the cafe at the front of The Premises, a Hoxton rehearsal studio which celebrates its prestigious clientele with signed photographs all over the walls. The 25-year-old, full name Celeste Waite, isn’t famous enough to be up there herself yet, with just one EP and a handful of singles out there so far, but already there are clear signs that she isn’t far off.

Just over her right shoulder, there’s Michael Kiwanuka. She’s about to tour Europe as his support act for the rest of the year, sharing with him an old school soulful sensibility and a love of the political greats such as Curtis Mayfield, Nina Simone and Marvin Gaye. Above her left ear, a bit higher up, sits Paul Weller. A fortnight ago, Apple Music released a new version of Weller’s 1995 love song You Do Something to Me, with Celeste and the Britrock giant singing it as a duet.

“I don’t think anyone knows what I look like yet, or would know me in the street,” she says, though she’s certainly visually memorable – six feet tall even without the chunky black boots she’s wearing, with wide, parted afro hair and vivid red lipstick which stains the rim of her mug. “But my friends have been sending me messages saying they heard me on the radio recently. People know this is something I’ve been working towards for a long time, so they’re really happy for me.”

Her song Strange is currently on Radio 1’s B-list, which means it’s being played on the station as frequently as new singles by The 1975, Niall Horan and the current number one, Dance Monkey by Tones and I. It’s a slow, smouldering ballad about how weird it is to see an ex and feel like strangers, when you once spent every day together. It features just blurred piano chords, the merest smear of strings and her extraordinary voice – an aching, dusty swoon that seems to make the clocks stop for a few minutes. The song manages the difficult trick of sounding fresh and compelling while at the same time, making it hard to believe it hasn’t existed for decades.

“When I wrote it about a year ago and played it to different people around me, everyone was excited about it. They identified it as a special song,” she tells me. I agree. I particularly love a line at the beginning, “Tried to see through all the smoke,” when her voice trails off close to silence, as though she isn’t quite sure of the words. Where a more polished production would have had her sing it again louder, this makes the sentiment feel more real, like the song is coming into being right in front of you. “It’s become one of my favourite songs that I’ve written, because it allows me to live in the imperfections of my voice.”

She recorded it in LA during a wildfire. “The air was thick with smoke, which is why my voice sounds more husky than it is usually,” she says. When we meet, she’s just back from another month there, writing new music every day in preparation for releasing her debut album sometime next year. It ought to feel like home, as she was born there, but she actually grew up in Dagenham, then Brighton, moving over with her English mother after her parents split up when she was a toddler.

She was estranged as a child from her father, a Jamaican man who lived in the US, but began speaking to him again about once a week on the phone when she was about 10. “I really adored him.  I thought he was really charismatic and quirky, not like anyone I’d met before,” she says. When she was 16, he died of lung cancer, aged 49. Her song Father’s Son, another powerful stand-out in her still small back catalogue, is about the traits that you share with a parent even if they’re far away. (The song says “son”, not “daughter”, because she saw the words in some graffiti once and they stayed with her.) As an example of shared behaviours, she tells me that neither of them would ever eat the yolk of an egg, but it obviously goes deeper than that.

“When that happened, I had just started college, so optimistic and thinking I was going to be a fashion designer,” she says about his death. “Until that point, my life had been rosy to an extent. It shocked me. Then after that I felt like I had so much more drive to do something I cared about. I focused everything on doing music from that point.”

She worked in a pub and sang in a band with some friends in Brighton, covering Sly & The Family Stone and Janis Joplin and beginning to write original songs. They prided themselves on being into music that the other teenagers they knew weren’t – jazz, rare groove, old soul. Celeste says that her early musical diet might explain the comparison that she currently hears most frequently, with Amy Winehouse.

“We probably grew up listening to a lot of the same music – Sarah Vaughan, Billie Holiday – and that’s where you’re getting your phrasing. So I understand it,” she says. “It’s a big comparison for people to make. It’s very sweet and flattering, because she’s someone that a whole generation of people listen to and love so much. Her music was incredible. I think she has some of the best songs that were ever written.”

During the course of our conversation, she also has high praise for more modern-sounding electronic acts such as MIA, Billie Eilish and Santigold, but she’s very aware that by making music steeped in the classics she invites much loftier associations. “When I was younger I did wonder if comparisons to soul or jazz singers that have been before would affect my ability to become recognisable in my own right. But I wasn’t going to change my voice, because otherwise what’s the point? This is how it comes out.”

A video she posted on YouTube aged 17 got her a manager, and since then she’s been writing songs with various partners. She’s most enthusiastic about her work with Jamie Hartman, who wrote Human with Rag ‘n’ Bone Man as well as songs for Lewis Capaldi and Paloma Faith.

In July 2018 she signed her record deal with the major label Polydor, who have her primed on the runway for a big push in 2020. With the timing of her releases, plus three buzz-building club gigs in the London Bridge venue Omeara next week, prominent spots on the January talent lists – the BBC Sound of 2020 poll and the Brits Critic’s Choice (now called the Rising Star award) are clearly in mind. She seems ready for the attention, with another song ready to go which she says people are even more excited about than Strange. “It’s one of those things. You have to rise to it. Why not, if it’s what you want? I feel like I have the energy for it.”

A taxi arrives outside to take her to a radio appearance, the next small progression on her road towards stardom proper in 2020. As she heads confidently past more signed pictures towards the door, it’s obvious she has it in her to join the giants on the wall of fame very soon. 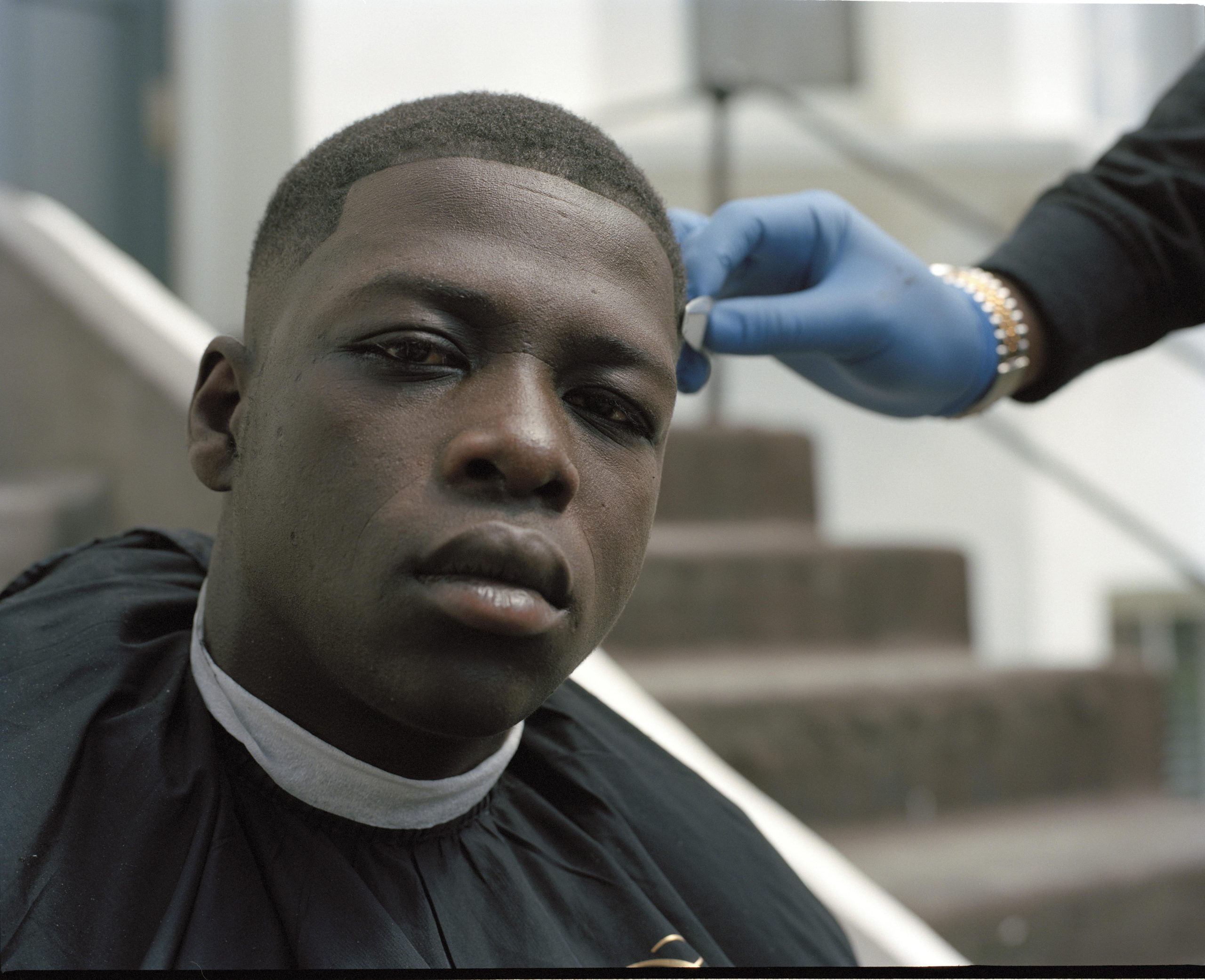