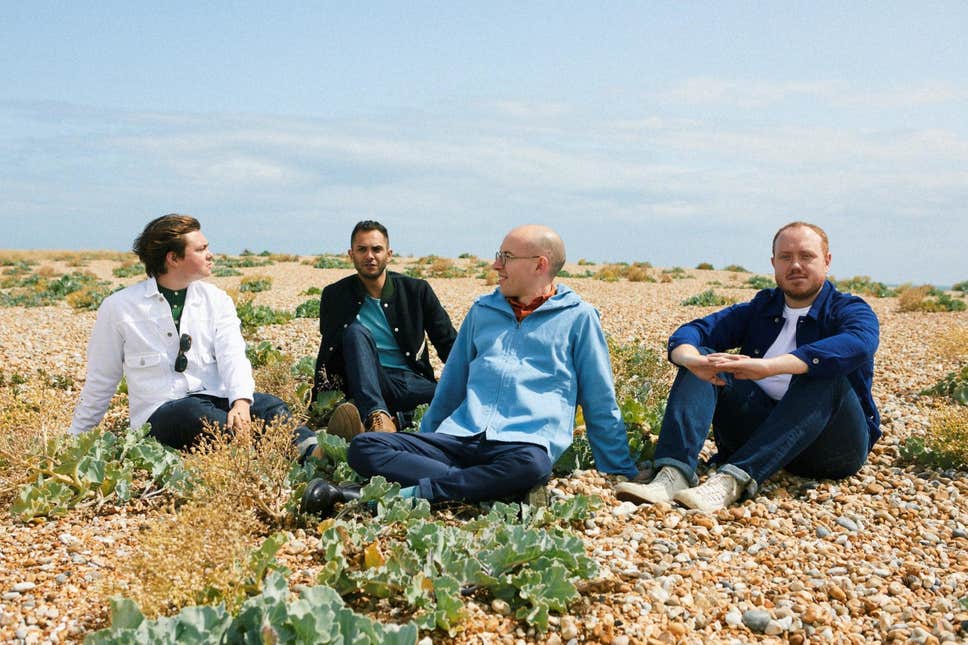 You can’t trust a band to stay split. It took Mötley Crüe just five years to rip up the “cessation of touring agreement” that they signed so dramatically in 2014. Even The Beach Boys briefly forgot about the years they spent suing each other to get back together for a 50th anniversary tour. For north London indie band Bombay Bicycle Club, whose comeback gigs last summer came exactly four years after their apparent farewell show in 2015, the word “split” was never even used.

“Right now we aren’t working on any new music and don’t have plans to do so any time soon,” they wrote, in typically mild-mannered form, on Twitter in January 2016. “We aren’t breaking up, but after 10 years of doing this – and it being the only thing we’ve known since the age of 16 – we thought it was time for all of us to try something else.”

No fist fights, no rival legal teams, and a gap between albums – six years separating So Long, See You Tomorrow, their first number one, and next week’s fifth LP Everything Else Has Gone Wrong – that’s just about reasonable by the standards of most fully functioning bands. It hasn’t been something to get too tearful about. However, frontman Jack Steadman and bassist Ed Nash, sipping early afternoon beers in the Barbican, insist that they meant it.

“We sold all our gear. We genuinely didn’t think we were going to do any shows again,” says Nash. “Fans were really upset. I decided not to read most of the things online. I had a quick look and then turned away from it because I don’t think you can let that affect your decision. But we realised that people really care and in some ways depend on what you’re doing.”

The quartet – completed by guitarist Jamie MacColl and drummer Suren de Saram – formed while still at school and rose at the end of the 2000s as part of the “underage” scene with a fervent fanbase as young as they were. They won a competition to perform at the V festival aged 16 and made a gold seller of their debut album, I Had the Blues But I Shook Them Loose, in 2009. It’s no wonder they started to feel jaded while still in their twenties.

“It was only 50 per cent a musical decision,” says Steadman, now 29, of the hiatus. “We were feeling we hadn’t done anything else since we left school. There was this whole world out there that we hadn’t experienced. For me, I just felt a bit depressed at the fact that things that were once really exciting had become mundane. You’d turn up to your tenth festival in a month and should be feeling really positive and lucky, but you don’t when it’s been your job for 10 years. I resented that.”

The singer and guitarist now looks older than he is behind round glasses, having accepted hair loss and shaved his head. Like Nash he’s polite and privately educated. He’s one of very few rock musicians who could tell you, without sparking disbelief, that during his time off he began an Open University degree in Astronomy. He’s put it on hold again now.

“I loved the maths side of it. Putting in work and getting a definitive result – that was like therapy for me,” he explains. “When I write music, everyone has their own opinion on it. With maths there’s only one opinion. It’s black and white.”

He also spent his time away from the band making a wildly different solo album, God First, calling himself Mr Jukes. It’s sample-heavy, jazzy and groovy, with contributions from soul singers Charles Bradley and Lianne La Havas and rappers De La Soul. While writing it he travelled on the Trans-Siberian railway and set up a mini recording studio on a cargo ship from China to Canada – very much out of his comfort zone. “There was a lot more improvisation with that, which was something I’d been craving for a long time,” he says. “I’ve come out of it feeling less anxious about playing live, which has carried over into Bombay and is really healthy. If you make a mistake you can just roll with it.”

Meanwhile, de Saram did some office work and performed as a session drummer with musicians including Jessie Ware, and MacColl went all-in for further education, completing a degree in War Studies at King’s College and then a masters in Philosophy at Cambridge. As the grandson of folk musicians Ewan MacColl and Peggy Seeger (and Kirsty MacColl’s nephew) he was also uniquely qualified to make a documentary for BBC Radio 1 about protest music.

Nash spent his time helping out in a friend’s coffee shop near Hornsey station and making a more understated solo album as Toothless. It made him realise what he was missing. “With Bombay Bicycle Club you could tour for a year and still be in demand, whereas with Toothless, which went quite well, after a week or two of touring the UK you’re back to the drawing board. It was really fun in some ways but it also highlighted the unique situation we had before, which as Jack says, we’d kind of taken for granted.”

The wider public may have taken them for granted too. “I wouldn’t say we’re a household name,” admits Steadman. “We have lots of fans but we don’t really have a big presence.” They were bigger than you think, playing the last ever concert in Earls Court in December 2014 (at which David Gilmour of Pink Floyd showed up for a cover of Wish You Were Here) but haven’t yet had the big single to elevate them to Elbow-like national treasure status. Like their peers The Maccabees, who also called it quits after four albums, they seemed to shy away from really going for it as an extrovert arena band – in contrast to their other major contemporaries, Foals.

They’re also more eclectic than you might think. Their fourth album, and the new one, are brimming with inventive electronic touches. I confess I hadn’t pictured them as the kind of band who could get a whole field dancing until I saw them headline the Wilderness festival in Oxfordshire last summer, and witnessed the widespread joy caused by their Bollywood pop song Feel.

They’re funnier, too. The video for their brilliant comeback single, Eat, Sleep, Wake (Nothing But You) is set in a post-apocalyptic landscape created, they claim, by their indefinite hiatus. “Without their music, British society crumbled,” says the caption, while the unwashed band members are seen praying at separate candlelit shrines to each other.

Another YouTube must-see, made for the Earls Court show, imagined their bleak futures, with Steadman experimenting with dreadful saxophone music, de Saram selling knives on a shopping channel, MacColl working as an angry fitness instructor and Nash living trouser-free in a hut in the woods.

The reality of Bombay Bicycle Club in 2020 is infinitely more appealing. With the guitars turned back up, Everything Else Has Gone Wrong could well be their finest album yet. They may not be able to do a break-up properly, but it’s time they got more credit as one of Britain’s best bands.