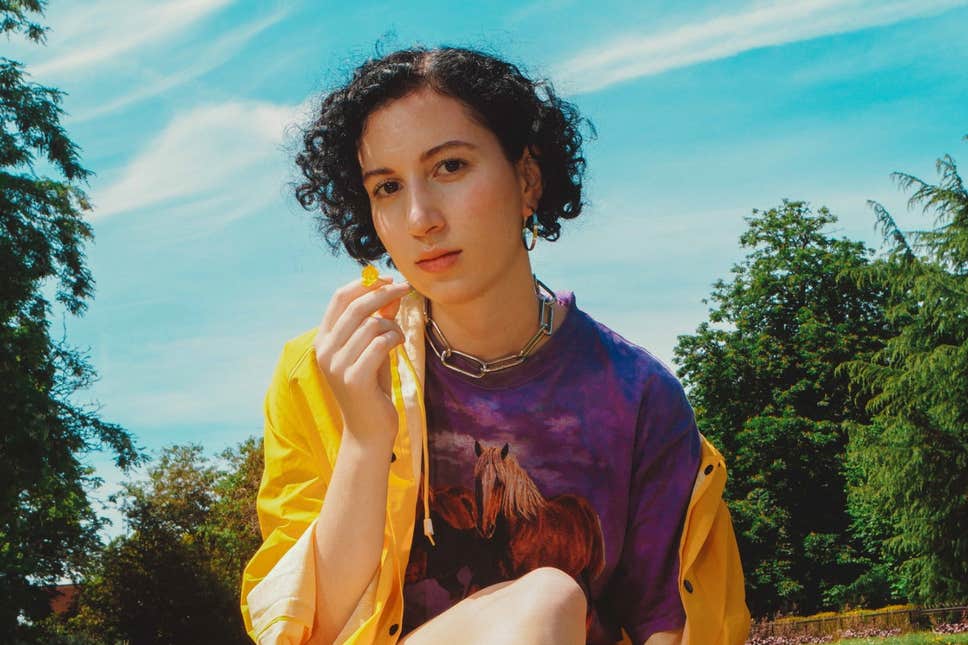 Here’s a crumb of comfort for the millions of parents who have been struggling to educate their chldren at home over the past few months: you might at least get a pop star out of it.

Before Billie Eilish became one of the biggest singers in the world she was being homeschooled by her mother in Los Angeles. Now there’s also Melisa Bester, who performs as E^ST (that’s “East” with more Google-friendly typography) and never had any formal education before becoming the hottest new singer in Australia’s pop scene.

In 2014, she uploaded her first song to the Unearthed website of influential Aussie radio station Triple J (a bit like our BBC Introducing scheme) then earned almost three million YouTube views for her clever mix of The Verve’s Bitter Sweet Symphony and Massive Attack’s Teardrop on their Like a Version segment (similar to Radio 1’s Live Lounge) a year later. It was the piano house of her song Life Goes On that really made her name over there in 2017 – a beautiful breakup tune, simultaneously sad and euphoric. Today she finally releases her debut album, and she’s still only 22.

She quickly dismisses my theory that doing maths with your mum at the kitchen table, isolated from opportunities to make real friends, is a surefire route to becoming kooky and creative enough for the music industry. “It really depends. There’s no one outcome for a homeschooler. It’s not a very decisive thing in life,” she says in a Zoom call from the flat she shares with a friend in Sydney’s Inner West district.

Even so, hers sounds like the kind of unorthodox upbringing that was never going to spawn an actuary. She was born in Pretoria, South Africa, early years which she doesn’t remember much about other than seeing a giraffe up close, and moved to Melbourne aged four. She and her siblings then moved around a lot – Maitland in New South Wales, Tamworth further north, Dalby in Queensland, the Central Coast area an hour north of Sydney and Sydney itself too. Her mum sounds somewhat unconventional.

“She’s a drama teacher, but would go from town to town finding odd jobs to raise money,” says Bester. “She was in a puppet theatre for a while, she sold furniture at the side of the road, and she was a babysitter in a casino.”

She was also very religious, which had an impact on the schooling. “It was a Christian education, quite heavy on the religious side of things.” Bester attended Hillsong, the evangelical megachurch which hosts services for up to 3,500 people in Sydney and also meets at the 2,000-capacity Dominion Theatre in central London. The organisation has released dozens of albums of worship music that is highly similar in style to mainstream pop, and she was frequently asked to sing on stage. Aged eight, she recorded a single called Love in a Box for the Christmas campaign of the charity Samaritan’s Purse.

“Whenever they needed a kid to sing something at Hillsong they would ask me to do it,” she says. “They’re actually fantastic songwriters there. They’re amazing at what they do. But I left the church at about 15. I just wasn’t vibing it any more. That’s when I started my secular career.”

Releasing a single called Blowjob in 2018 was a considerable step away from her wholesome origins, though it’s a more sensitive song than its title suggests, concerning a person who longs for an emotional connection with a boy who would prefer more immediate gratification. The album, which is called I’m Doing It, is mainly about the ups and downs of young relationships, and culminates, with a trilogy of soothing songs at the close, with her arrival at a powerful feeling of self-worth. Elsewhere, on the fantastic singles Flight Path and Talk Deep especially, she proves she has a real talent for choruses that zoom upwards and outwards in thrilling ways.

“I tried to be really honest with myself on this album,” she says. “I hope it can bring a level of comfort when you listen to it. It definitely goes on a journey, and ends on this note of quiet confidence where you can recognise that you’ve been through a hard time and can be proud of yourself for rising to the occasion. That’s probably the biggest message: you were able to cope and make it through.”

Her own journey has been a long one. “I definitely rode the EP train for a while,” she says, when discussing the reasons she didn’t get to an album before now. She signed a deal with a music publisher at just 13, but the next few years were spent on writing trips in Sweden and LA. She wrote some songs for other artists, including Good Cry for Noah Cyrus, but took a while to reach the warm, relaxed electronic pop sound she has today.

“I was writing folk songs when I was 13. I was a horrible guitarist, and can still only play in C major and G major. Gradually over the years I ended up in synth pop world,” she says.

So what did record industry people see in her at that age to want to sign her up? “I just had a very unique writing style. I was a pretty sheltered kid because I grew up homeschooled. I was shy, reserved, serious, so I didn’t have a lot of influences on my writing. I look back very fondly at 13-year-old Mel’s songwriting because it’s so untouched and unusual. I think that’s what made people believe in me so young.”

I knew it – it was the homeschooling! There’s hope for my inadequately tutored offspring yet. “I definitely spent a lot of time alone,” she says. “I think music was a way for me to be out there and express myself. What was driving me, what I wanted to accomplish, was just to feel seen.”

We can see her now all right. For one of the finest pop albums of the year, look E^ST.

I’m Doing It is released today on Warner Music Australia.