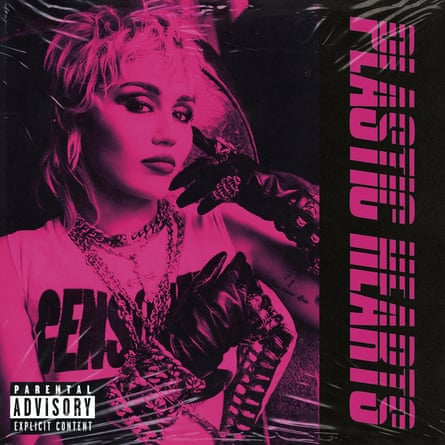 For most people, growing up is a process that probably involves losing some braces and passing a driving test. For the former stars of the Disney Channel it can be a bit more complicated than that, and may include such landmark life stages as twerking against Robin Thicke at the VMA awards, suggestively straddling a giant hot dog at the O2 Arena, taking oodles of drugs and swinging naked on a wrecking ball in a video watched over a billion times.

That’s how it went for Miley Cyrus, anyway, as she shook off the wholesome shackles of teen celebrity in the Disney series Hannah Montana in the most violent way possible. At 28 the Tennessee singer still seems to be in the middle of one of music’s longest identity crises. After selling big with the hypersexualized Bangerz in 2013, she moved on to an unlikely union with psychedelic pranksters The Flaming Lips, then seemed to have grown up for real on her 2017 album Younger Now. It was full of carefully crafted country rock and included a duet with Dolly Parton.

Then there were supposed to be three EPs of modern trap pop, an idea scrapped after one in favour of Plastic Hearts, which displays a different Cyrus again. From its pink and black cover inwards, it’s a journey deep into the Eighties that finds her finally realising that her deep, raspy voice sounds best when in close proximity to strident rock guitars.

It’s an appropriate backdrop for her to detail what a rebel she is at great length. “I’m the type to drive a pickup through your mansion,” she sings on the raucous WTF Do I Know, a likely middle finger to her actor ex-husband Liam Hemsworth. “I was born to run, I don’t belong to anyone,” she announces on the more electronic single Midnight Sky.

Dua Lipa pops up on Prisoner, but that’s a rare nod to current fashion. The song itself could have been unearthed from a Betamax aerobics video. A better indication of the overall feel is the smooshing together of Midnight Sky with Stevie Nicks’s Edge of Seventeen, a cameo from Joan Jett on the quirky standout Bad Karma, and even Eighties overlord Billy Idol swinging by on the moody Night Crawling.

On past form it seems unlikely that Cyrus will stick with this sound for more than a few more weeks, but that would be a shame. This retro refit is her best guise yet.