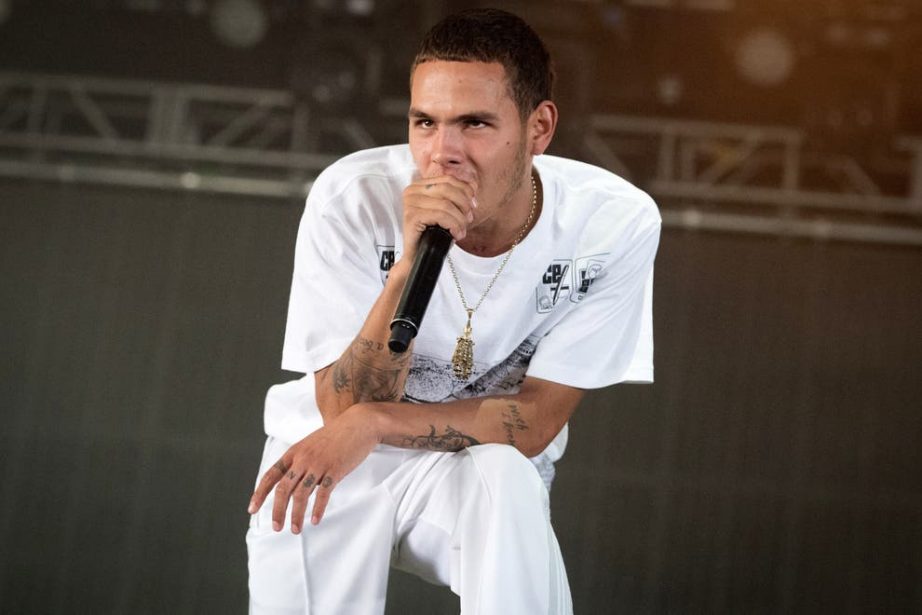 Tyron “Slowthai” Frampton knows better than most the pain of being depicted in one dimension. To the superficial observer the Northampton rapper is the heavily tattooed bad boy, so mired in substance abuse that he has no idea how to behave correctly in public. Witness him playing blood-splattered American Psycho Patrick Bateman in his latest video, waving the severed head of Boris Johnson at the Mercury Prize ceremony and, most notoriously, slobbering over comedian Katherine Ryan on stage and then trying to fight an audience member at last February’s NME Awards.

The latter incident got him cancelled for a minute, but he apologised to Ryan, who said she always felt in control of the situation. Then he tackled it in song, first angrily on May’s brutal single ENEMY (which isn’t included here) and now defiantly on CANCELLED, on which his mentor Skepta asks: “How you gonna cancel me?/Twenty awards on the mantelpiece/Pyramid Stage at Glastonbury.” Could Slowthai also be too big to fail?

On this second album, its title already implying that it’s going to show listeners the real him, the aim is to display definitively how multi-faceted he is. It arrives in two halves, the A-side featuring seven rowdier songs with titles all in capitals, the flipside filled with lower case, relatively quiet material and some moments of genuine beauty.

There’s nothing so basic and punkish here as his early single Doorman, though the horror film feel of 45 SMOKE and jittery vocals on VEX offer plenty of energy. American A-lister ASAP Rocky takes a verse over the woozy loops of MAZZA, which shows Slowthai’s elevated status, but when the mood softens in the second half, he sounds more humble and vulnerable. “I’ve got a sickness that I’m dealing with/Feels like I’m sinking all of the time,” he half sings beneath vinyl crackles on i tried. “I should’ve been in prison,” he raps on focus. “Smile on the out, but inside I keep bleeding/Fun and games ’til you gotta take the blame,” he confesses on the closing track, adhd, which references the diagnosis that coloured his childhood.

His half-slurred, half-yelped delivery is highly distinctive over the most basic of backings, but some of the productions on TYRON are rich with detail. The distant, melodic chorus of nhs and the shimmering keys of feel away offer rare opportunities to describe Slowthai songs as soothing. There’s a lot to take in, and numerous reasons to forget about writing him off.