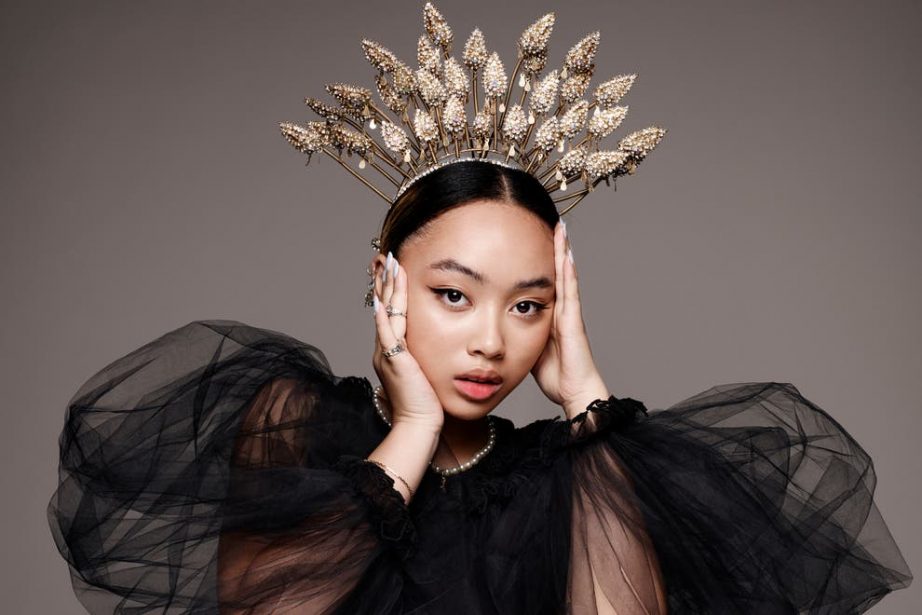 Sarah Griffiths, who trades as Griff, is crouched on a tightrope on the cover of her debut mixtape. That must be how it feels to be launched as the UK’s brightest new pop star while societal restrictons mean that she has to do most of the work from her childhood bedroom in Kings Langley, Hertfordshire. Sure, she has her social media metrics (253k followers on TikTok, 167k on Instagram, despite being known as @wiffygriffy) and has managed one “gig”, a glamorous livestreamed performance from the Tate Modern Tanks last October, but without the solidity of large adoring crowds singing her songs back at her, this success must so far feel pretty precarious.

There are other reassuring facts to hold on to. The 20-year-old was brought to her record label by the same person who signed Dua Lipa, which are impressive footsteps to follow. At the start of this year she joined the likes of Ellie Goulding, Adele and Sam Smith in winning the Brits Rising Star Award, which almost guarantees commercial success. Most importantly, Taylor Swift shared a box of chips with her after the ceremony.

Now comes the serious business of getting a hit. Black Hole, the dramatic blast of misery pop that opens this collection, recently spent two weeks just inside the top 20, but she can surely do better. This may be a mixtape rather than her debut album, but the negative subtext of the term (haste, experimentation, content for content’s sake, with none of the polish or coherence of an album proper) doesn’t really apply here. Aside from the brevity – seven tracks in just over 20 minutes – there are some big songs here. Walk, in particular, has much of the melodic ease and slickness of her idol Swift in her imperious 1989 phase.

If anything, her problem lies in sounding too much like a lot of other mainstream pop. Heavily digitised, her voice sounds less human than it could and engages in some Auto-Tuned oversinging at the end of the title track. Despite being a self-taught producer, when listening, without the sight of her extraordinary bubble-ponytail, there aren’t enough touches to make her sound unique.

The low, unhurried synths on Shade of Yellow and computerised handclaps on Heart of Gold are, appealingly, slightly odder. By the time a full album arrives, the world will hopefully be more normal and Griff will have grown into a true individual.