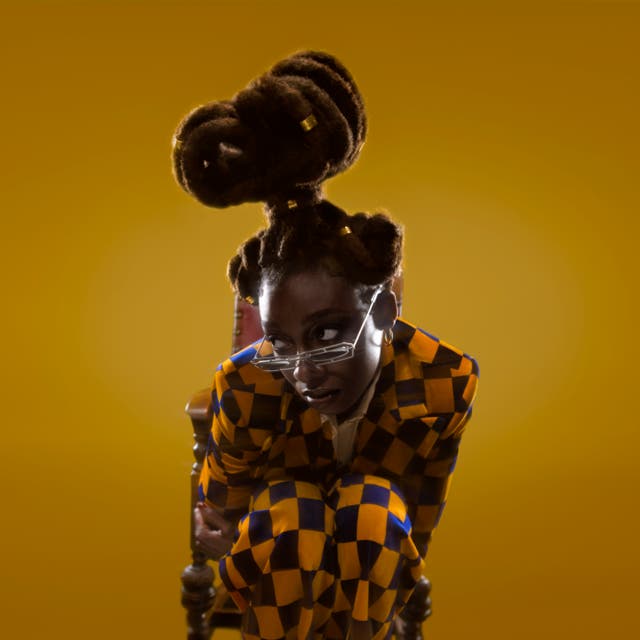 Little Simz arrives to meet me outside a King’s Cross brasserie sporting enormous headphones and a mustard yellow hoodie advertising her own album. The title of the imminent release is on the back: Sometimes I Might Be Introvert, which is both grammatically suspect and doesn’t bode particularly well for a candid interview. On the front is a spiral of text that ends in a tight curve reading: “The top of the mountain is nothing without the climb. Only the strong will survive.” They’re lines from the album’s opening song, Introvert, spoken not by her but by Princess Diana.

Or actress Emma Corrin, to be precise, doing the plummy voice she used when portraying young Lady Diana Spencer in the most recent series of the Netflix drama The Crown. She appears several times on the album, offering words of encouragement such as: “Your mind is the most powerful tool. Never look back. Destiny awaits,” but Simz, real name Simbiatu Ajikawo, won’t be drawn on what she’s supposed to represent. “I’ve just left it up to the listener to determine what they feel like she is. I don’t want to give everything away. It’s nice to let people interpret it how they want to and personalise it,” she says.

To me, Corrin sounds like the angel on Simz’s shoulder, urging her to be bolder and reach higher in a career that has already touched greatness and is now due for popular recognition. GREY Area, her third album, mixed rock guitar, slick soul and horror film strings and was one of the best releases of 2019, losing out to Dave’s Psychodrama for that year’s Mercury Prize but winning an Ivor Novello and an NME Award for Best Album. The 27-year-old from Islington is also gaining traction as an actress, appearing in dramas on CBBC and E4 as a teenager and more recently acting in Netflix’s gritty Top Boy, for which she has just finished filming a new series. She has rapped with Michael Kiwanuka, Alt-J and Sault and the night before we meet she was on stage at the O2 Arena as a guest performer with Gorillaz.

Though the fourth album’s title might suggest a shrinking violet, she’s given it everything, revealing more about herself than ever on songs about family relationships and her feelings about fame, struggling with the balance between “Simz the artist or Simbi the person/To you smiling but really hurting.” Musically it’s immense, constructed mostly in collaboration with Sault’s and Kiwanuka’s producer Inflo and piling on orchestral strings, choirs and a rich band sound that recalls the classic soul of Isaac Hayes and Curtis Mayfield. She also does tense electronic grime on Rolling Stone and visits her Nigerian roots on the skeletal groove of Point and Kill. But when Introvert begins with military drums, a sighing choir and thundering horns, it sounds like nothing less than a Hollywood blockbuster.

“This album has really allowed me to explore my creativity. I’ve been into so many spaces, so many textures and genres,” she says. “I was listening to Motown stuff but also real rap – Nineties New York hip hop, which is what I grew up with. When we were working with the orchestra I was thinking, ‘Does this move me? Does it make me feel like I’m in Disney World?’ and it did. It took my breath away.”

When she started thinking about next steps, pre-lockdown, she was in a voluntary lockdown of her own, having finished the lengthy GREY Area tour badly in need of solitude. “As a touring artist you never have an opportunity just to be stationary. I needed to be by myself, because I enjoy my own company. So that’s what I was thinking about going into the next record: how does a person like me exist in a space like this, where you’re always expected to be ‘on’?”

The conflict is best illustrated on Standing Ovation, where she outlines her achievements with towering confidence but simultaneously wonders why she needs to. “I think I need a standing ovation/Over 10 years in the game, I been patient,” she raps, but also: “Why the desperate need to be remembered?/Everybody knowing what you’ve done, how far you’ve come/I’m guilty, it’s a little self-centred.”

I ask about her ego. How good does she really think she is? “I think I’m amazing. Honestly, respectfully, I think I’m very very talented. I know I am. But I also wanted to pose the question: why is legacy important? I want to be a legend, but sometimes I don’t know why. There are all these people on the ground doing real work: the teachers, the healers, the preachers. So why do we admire the people in the public eye so much?”

She’s also struggling with the need to tell the truth in her songs, versus the knowledge that, since the success of GREY Area, more people than ever will be listening, and as we’ve established, she likes her privacy. The bravest moment comes on I Love You, I Hate You, which is about her absent father. You can hear her wrestling with what she should say and how she should say it while the song progresses. “My ego won’t fully allow me to say that I miss you/A woman who hasn’t confronted all her daddy issues,” she raps. She’s brutal, asking: “Is you a sperm donor or a dad to me?” but another line says: “Even though I’m angry don’t wanna be disrespectful.”

“I know so many people are going to hear it, but it’s not enough to keep me from saying it, because it’s my truth,” she explains. “I know the power of music and what it can do. I have to remember that sometimes it’s bigger than me. Sometimes I’m being used as a vessel to try to tell something. As much as it’s a release for me or some kind of healing, it can also do something for other people.”

Making the song has helped her, she thinks, though there’s still a long way to go with that particular relationship. “I reached out recenty, we talked and it was chill. I think I was in a space to hear him, which I wouldn’t have been a year or two years ago. Walking around holding all of these feelings towards this person was taking up too much space, so I’m glad I put them on a record. But we don’t really know each other, so, yeah… it’s a weird one.”

There’s much more to unpack across 19 tracks, including a second difficult relationship, with her eldest sister, on Miss Understood, a vivid depiction of her early days in How Did You Get Here, the tale of a cousin who was put in a coma after being stabbed on Little Q Pt 2, and a rare love song: I See You. Simz is ready for the music to get a lot of attention, as it should. It’s a fantastic achievement. But she also thinks, despite that introversion, that she’s better able to cope with so many eyes on her this time around.

“I don’t know what’s coming, but I’m prepping myself, and I want to be present every step of the way,” she says. It sounds like Simz the artist and Simbi the person are going to get equal amounts of her attention now. “I’ve put my career first for a very long time and I’m not in a space to do that any more. My career is very important to me, but it’s not my life. I’m doing things differently this time.”

Sometimes I Might Be Introvert is released on Sep 3 on Age 101. Little Simz plays the All Points East festival in Victoria Park, E3 on Aug 28 (allpointseastfestival.com) and O2 Academy Brixton, SW9 on Dec 16 (o2academybrixton.co.uk)

Back in 2015, around the release of her debut album, Simbiatu “Little Simz” Ajikawo made an unlikely appearance at the Proms at the Albert Hall. She was there as part of a takeover by the station BBC Radio 1Xtra, rapping alongside Wretch 32, Stormzy and Krept & Konan over the grandiose sounds of the Metropole Orkest. Any ideas she may have gained from the experience are coming to fruition now. Introvert, the opening song on this fourth album, is so powerfully orchestrated it makes Rule Britannia sound like Simon & Garfunkel.

That title suggests a quiet soul, perhaps a bit shellshocked from the praise and awards that were showered on her last release, GREY Area. Her breakthrough had a big sound, notably on the frenetic TikTok favourite Venom, but here she goes for broke, with a choir of voices on Little Q Pt2 and Gems, pummelling electronic bass on Speed and a lavish intro on I Love You, I Hate You that recalls the hot buttered soul of Isaac Hayes.

The music has been recorded mostly with the producer Inflo, who is also a key component of Michael Kiwanuka’s similarly ambitious output and the remarkable work of the mysterious soul collective Sault. Simz raps on the most recent release by the latter and the favour is repaid here when their singer Cleo Sol adds her silky tones to the feminist anthem Woman. It’s a highly appealing retro soul recipe that also reaches as far as a Nigerian groove on Fear No Man and squelchy electrofunk on Protect My Energy.

Contrary to the implications of the title she seems brimming with confidence, and self-help speeches dotted around the songs from The Crown actor Emma Corrin keep morale high. Nevertheless, her range of worries surface on Introvert, where she laments her career keeping her away from a grieving friend, on I See You, where she sounds loved up and vulnerable, and especially on I Love You, I Hate You, where she steers hairpin bends around the complexities of her feelings about her absent father.

There’s bigger picture stuff too, with black leaders through history praised on Standing Ovation, politics discussed and great women celebrated. After 19 tracks and well over an hour there’s a feeling that she hasn’t left out a thing. If GREY Area prompted the wider world to discover what she can do, this is the sound of Simz entering her imperial phase. It’s a multicoloured marvel. 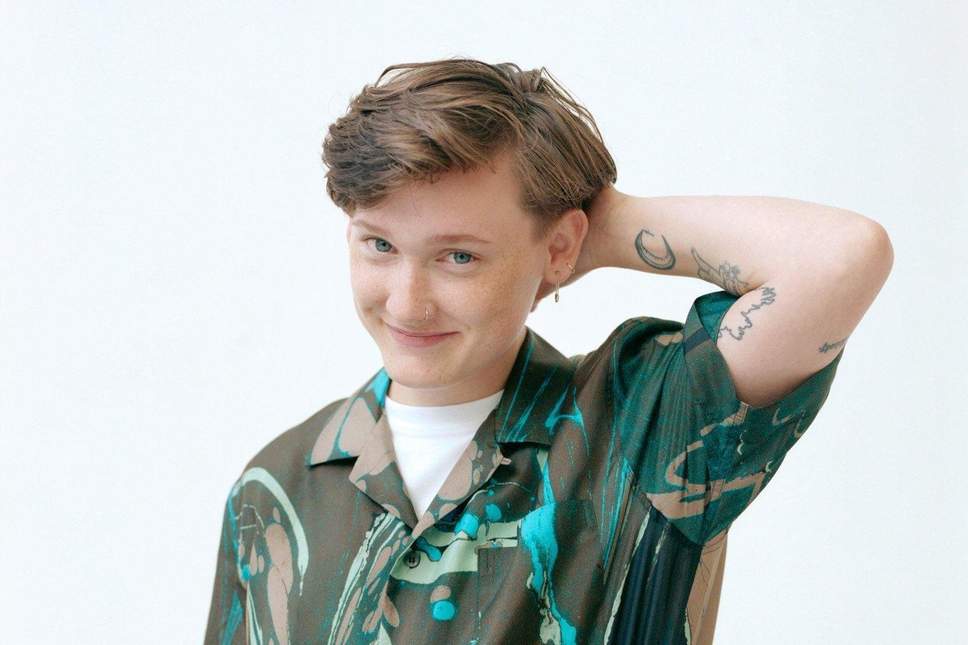 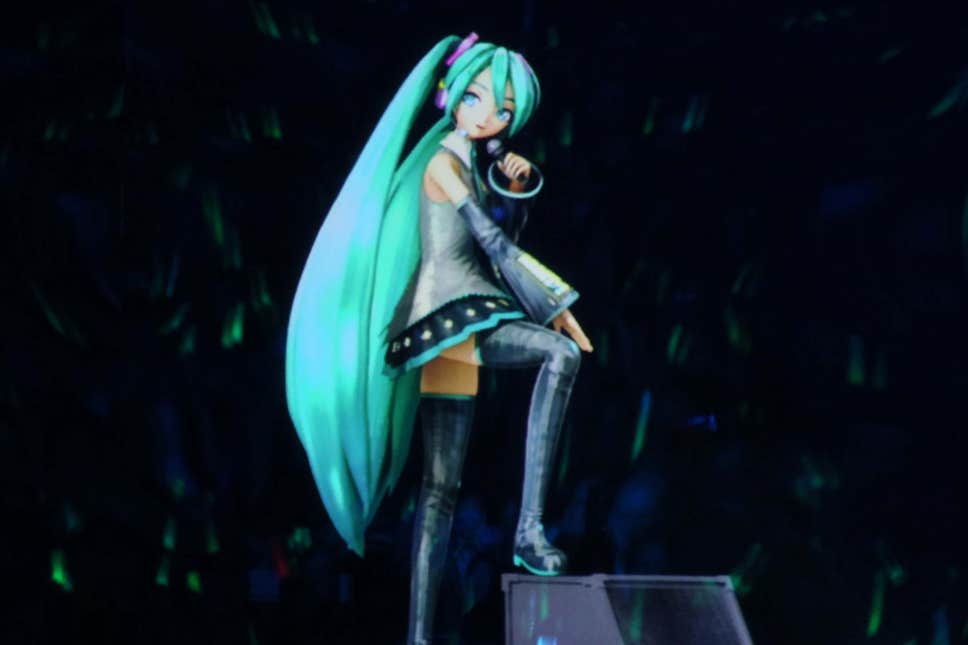