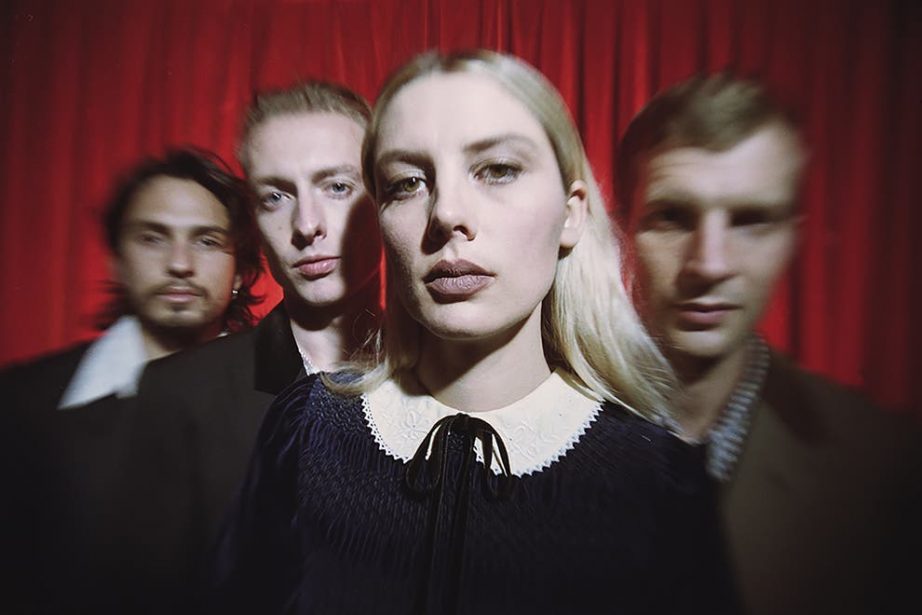 Grammy nominated for a song on their first album, Mercury Prize winners with their second album, at this point surely no one still thinks that Wolf Alice is the name of the London band’s lead singer. As they release their third, Ellie Rowsell, Joel Amey, Joff Oddie and Theo Ellis are about to hit festival headliner status (pandemic permitting) when they top the bill alongside Bastille and The Chemical Brothers at the 35,000-capacity Latitude weekender in Suffolk late next month.

With the new songs on display here, they’ve earned it. Previously a pick ‘n’ mix act – a bit of angry grunge here, some shoegazing blurriness there, bouncy indie pop elsewhere, with Rowsell singing in a range of vocal styles – it was hard to get a firm grasp on who they were. Now, while the sound still has a broad scope, from the punk wallop of Play the Greatest Hits to the barely plucked guitar and wispy melody of No Hard Feelings, there’s a take-it-or-leave-it confidence to every song. It’s clear they know exactly what they’re doing.

Once a relentless touring machine, last year they were locked down in Brussels with big name producer Markus Dravs, who has previously helped to give Arcade Fire’s The Suburbs, Coldplay’s Viva la Vida and Florence + the Machine’s How Big, How Blue, How Beautiful their widescreen sounds. That gave them more time to work on the details of these 11 songs. Where once the fuzziness of their productions suggested both Nineties indie rock nostalgia and perhaps that they were hiding behind the noise, now the massed vocals at the climax of Delicious Things sound grandiose, a bold army on the battlements. Rowsell sounds so unimpeachably fiery on Smile that the band even get away with straying dangerously close to rap-rock: “I am what I am and I’m good at it/And you don’t like me, well that isn’t fucking relevant,” she spits.

The band also manage crystalline country harmonies on Safe From Heartbreak (If I Never Fall in Love) and a slinky, nocturnal ode to, erm, self-love on Feeling Myself. There’s plenty to dig into, especially on The Last Man on Earth, which embarks on a journey from wistful piano chords to an immense finale tailor-made for festival fireworks. It’s obvious they have no intention of backtracking on their ascent towards becoming one of the UK’s biggest bands.