“I don’t know why you’re laughing. I’m not a comedian,” said a confused Benjamin Clementine as he stared into the dark, sporadically giggling room. It sounded like nervous laughter to me, from a crowd unsure what to make of this Edmonton newcomer’s awkward pauses, mumbled asides and a voice that soared and tumbled into all sorts of unusual shapes. He’s no funnyman — he’s one of the most extraordinary new musical talents to have emerged in a long while.

But he’s still very raw, hence the uncomfortable atmosphere. He looked ill at ease, with Eraserhead hair and dangerous cheekbones, barefoot and wrapped in an overcoat with no shirt underneath. It was easy to picture him homeless in Paris, singing on the Métro, where not long ago he was pushed into the spotlight by two French producers. Still unsigned, two shows here on the Southbank were his first in London as a headliner.

Alone on the bare stage, he perched at a Steinway piano, half standing at a high stool. Then he sang, and the world stood still. There was something of Nina Simone’s leonine power in his rich voice, a comparison stressed by his covering, though radically restructuring, her song Ain’t Got No, I Got Life.

He was theatrical, large hands fluttering when not playing, occasionally dipping away from the microphone to alter volume. His own songs had a gripping, ‘where will they go next?’ feel, far from polished and all the more exciting for that. He was incredible — no joke. 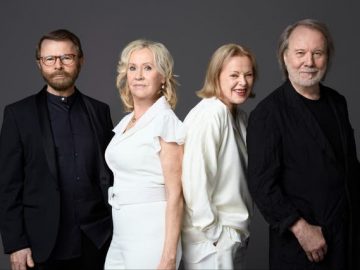