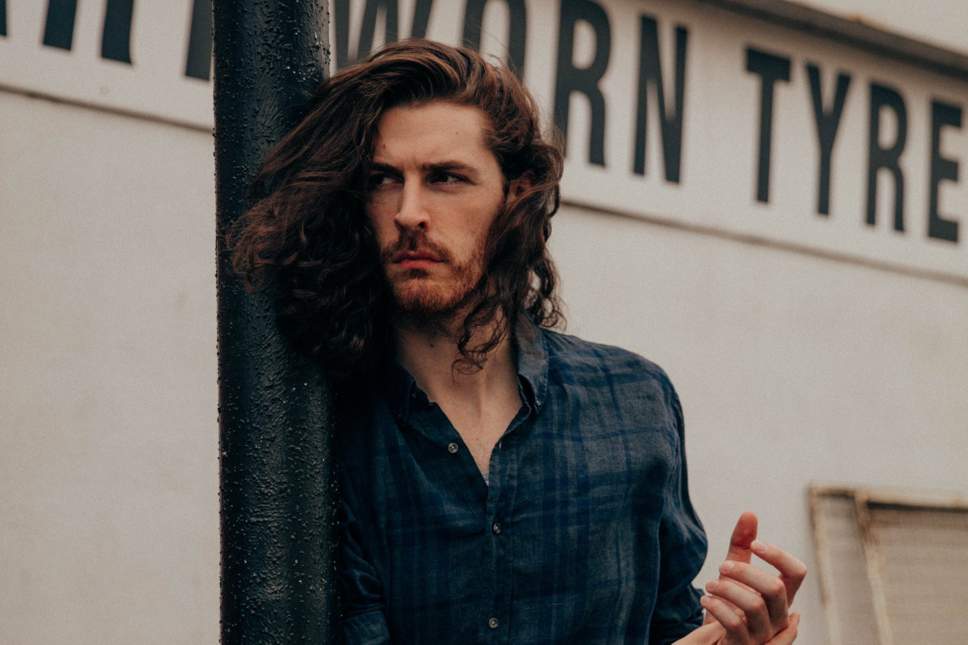 Hozier’s breakthrough hit, Take Me to Church, was an angry howl against organised religion, with a grim black and white video that depicted homophobic abuse in Russia. His recent comeback single, Nina Cried Power, is a stirring tribute to the protest songs of the Civil Rights movement and the struggles of their singers. So I thought the Irish singer-songwriter may not be aware of the names of some of the Spotify playlists on which his music appears. The most popular include “Happy Folk”, “Fall Feels”, “Coffee Shop Chill” and “Warm Fuzzy Feeling”.

“A damning indictment there, your Honour!” laughs the 28-year-old, whose full name is Andrew Hozier-Byrne. “I thought I was Misery Folk. The hardest thing is when you’re asked to sing at somebody’s wedding, which I have done occasionally for friends. You’re just thinking, ‘This is really inappropriate in this context.’”

Other songs on Hozier’s self-titled debut album include In a Week, a love song delivered from the perspective of two decomposing corpses, and Cherry Wine, which is about an abusive relationship. That didn’t stop it from becoming a platinum-seller in the UK and double platinum in the US after its 2014 release, with the public falling en masse for his mountainous voice and righteous celtic soul music. In particular, “Church”, as he calls it, was a life-changing song, a major hit everywhere from Australia to Norway. Not bad considering he was an unknown without a record deal when it was first released in 2013, and had recorded the vocals in his parents’ attic.

“I find that encouraging,” he tells me over tea in a Shepherd’s Bush hotel. “If a song like that can connect, hopefully there are a lot of other independent artists who can get a look-in in the same way.”

He’s popped over to London to take his parents to see the hit musical Hamilton. They all still live in the small village south of Dublin where he grew up. He bought his own place there once his music made some money, and that’s where he retreated once he’d finished touring the first album. With his scraggy ponytail, dusting of facial hair and glasses, he still looks like his own roadie, but that debut collection took him to places he couldn’t have dreamed of, including a Grammys duet with Annie Lennox and studio time with soul legends Booker T Jones and Mavis Staples, who both appear on Nina Cries Power.

“The last five years is a blur. It feels like a lifetime sometimes and it also feels like six months,” he says. “I feel, looking back, how unlikely it all was.”

Once he’d finished touring he spent some time making a high profile theme song for the latest Tarzan movie. After that he could have moved to New York or LA and become a sunglasses indoors type of guy. Instead he went back home. “I decided to live alone and shape the new ideas as I had before – to take my time to decide what was worth writing about,” he says. “I am a social person, but even in Dublin I’m this mad apparition that everyone has ownership of. And I’m tall, so I stick out like a mangy thumb.”

Not only was he living by himself in the countryside, he started keeping strange hours, too. “You can write songs while you’re on the road, but you’re never far from someone interrupting you. I ended up working at night and sleeping for much of the afternoon. No one could call or email. There’s this feeling of being completely left alone. It’s not cohesive with having a functioning adult life, but for a while it can be great.”

As a politically engaged songwriter, who marched through Dublin to support Ireland’s Repeal the 8th movement and added his voice to an Irish campaign to help child refugees, he couldn’t help but be influenced by world events as he wrote the songs for his second album, which is due for release in the spring.

“I found that in the stuff I was writing there was a real sense of doom and gloom, a kind of ‘end of days’ feel, but in a tongue-in-cheek sort of way,” he explains. “There’s been this global political pissing contest going on, and the wilful denial of climate change and CO2 emissions. So a lot of the songs have this feeling of foreboding, but they look at it in different ways. There are laments and there are optimistic ones saying, ‘No, it’s not the end of the world, it’ll be fine.’ Others are more like, ‘Great! Get on with it! I’m very tired!’ I imagine the record taking place around this bonfire of our times with everyone screaming into it.”

In contrast to his first collection, he knew that he would have to play the new songs to large audiences, which shifted his style a bit. His current tour, which has already passed through the US, Canada and mainland Europe and reaches Hammersmith next week, sold out before he had even revealed that new music was on the way, so he was already aware the crowds are still there for him.

“I knew that hopefully I’d be playing the new songs every night for the next year and a half, so I had to make them fun to play live. There’s a bit more spring in their step, a bit more rhythm coming into it. I still write a huge amount of folk songs, but these are leaning forward, singing out and baring their teeth a bit.”

He recorded in London, LA and at home in Ireland with producers Markus Dravs and Rob Kirwan, who have also worked with Coldplay, U2, Arcade Fire and Mumford & Sons between them. Such heavyweight connections suggest more impressive sales figures to come, but he still isn’t going about it in the conventional way. His new single, Movement, is a glowering slow-burner that namechecks Fred Astaire and Sergei Polunin, the tattooed Ukrainian “bad boy of ballet” who dances as three simultaneous versions of himself in the gripping video.

Would he say any of his new compositions are pop songs? “I would, actually. There are definitely some on this record that lyrically, are not typical of a pop song – they have a bit of a gallows humour to them – but they do embrace sweeter melodies.”

Even so, even a short while in the company of this thoughtful, quiet man makes clear that he’s no pop star. Is he ambitious for his new material to match or surpass the huge success of his earlier work? Or, given the worldwide whirlwind in which he last found himself, would something on a smaller scale actually be preferable?

“A hit song is not a career,” he reflects. “I can’t conceive of a song charting in the same way that Church did. I think a lot of things were in alignment in a fantastic way with that. You could call it the zeitgeist – people all falling in love with something at the same time. Who wouldn’t want their work to be heard and enjoyed on that level? But what was important to me was not to chase chart success for the sake of it. Let the artists who want to play that game play it. I just want to be honest with the work I make. The goal is creating music that lives up to the legacy of the artists that wrote the music you get so much enjoyment out of, such that it has shaped the way you live your life.”

An honourable plan. He may not be playing the same game as everyone else, but it sounds like he’s winning even so.