Think Abba in a group hug with The Bangles. A blonde and a brunette mixing soaring harmonies with crisp guitars and warm summery washes of keys. Believe in Me, The Pierces’ new song, sounds like a golden hit and a startling departure from the Gothic Americana that made their name. The Alabama sisters are suddenly making sunny, euphoric pop music, a move they mostly put down to relocating to cloud-free California.

“I feel happier. You feel like you’re on vacation all the time. It must have affected our sound,” Allison tells me brightly. She’s enthusing about the pair’s new life a block away from each other in LA’s hip Silver Lake district. She’s also happy to be talking about something other than their celebrity connections with The Strokes and Coldplay. Romantic and working relationships with more famous musicians drew too much attention away from their remarkable songwriting the last time they were on the radar.

“We are happier. And doing a lot of inner work too,”  Catherine chimes in. Ah yes, the inner work. Raised as Christians in the Deep South, The Pierces have long since lost their Down Home accents and their Bibles and are now card-carrying Californian hippies with their own shaman.

“We put ourselves into extreme experiences in order to find out more about ourselves,” says Catherine, at 36 the younger sister by two years. It’s hard to imagine this swishing-haired beauty, with her model pout and cheek-kisses for the journalist, vomiting into a bucket in the Peruvian jungle.

She travelled to Iquitos, a city inaccessible by road in the depths of the rainforest that has become the centre of ayahuasca tourism. People journey there to drink the hallucinogenic brown liquid, made by boiling two species of plant together, and take an inner trip in the company of a shaman in a bid to see right through themselves to the other side. Sometimes it’s called the “vine of the dead”.

“You drink it and it, like, shows you the core of your self. It’s like purging the depths of your being. You can see yourself getting rid of old stuff you’ve held on to for years.” She means you throw up a lot.

Did it work, I ask? “Oh yeah,” they both reply in unison. Allison has been at it too, back in LA, with a chap they visit every six months or so. “It’s not something you want to do too often. We do it a couple of times a year to balance.” Nor is it legal in the US, where the drink is on the list of Schedule I controlled substances, but that doesn’t stop regular groups meeting by word of mouth to give it a go.

In the jungle, though, it’s on a different level. Catherine did it seven days in a row, which she assures me wasn’t a matter of one-upmanship with her sister. “They say if you do it consecutively you go deeper and deeper. You only eat a little rice and vegetables, there’s no electricity, there are spiders as big as your hand everywhere. The ones I’d done in LA were kind of beautiful and euphoric but these ones were really difficult for me. They really took me to some dark places. But you learn so much, it’s worth it.”

“It opens a curtain,” adds Allison. She’s less clear on whether it’s affected their songwriting directly. She does it for her emotional wellbeing, not for her creativity so much. But on the duo’s new song The Devil Is a Lonely Night, with its London Calling guitar stabs and lines such as “The darkness you reveal could make you come alive”, it’s clear that the experience is high in their minds.

“Are you actually going to mention the ayahuasca thing?” she asks me, suddenly snapping out of her hazy reverie and looking a little worried. “Of course he is, we’ve been talking about it for half an hour!” says Catherine.

At least we’re not talking about Coldplay and The Strokes. When they had their first UK hit with You & I, in 2011, that was all anybody wanted to ask them about. Catherine had been engaged to Albert Hammond Jr of The Strokes before they split (and she referred to fellow women who came and went from the rock romancer’s circle as “Strokes victims”) and credited a timely call from Coldplay with preventing their split. They toured with the stadium stars and You & I was bassist Guy Berryman’s first job as a producer.

Berryman and Chris Martin have heard the new songs and given their stamp of approval but that’s definitely not what The Pierces want to discuss. “Oh God, don’t make that the headline: ‘Coldplay still love us’!” urges Allison.

“We’d love a new headline this time,” adds Catherine. They’ve earned it. Now they’re standing on their own four feet, with production from Christian “Leggy” Langdon. The band’s guitarist and musical director is also Catherine’s 6ft 4in and non-famous boyfriend of three years. “We tried with another producer and it didn’t work so we were like, OK, let’s go with Leggy. He loves our music and was so passionate about making it right. I see now that it couldn’t have been any other way.”

Other low-key but impeccably cool LA musicians who played on the new album, Creation, include multi-instrumentalist Josiah Steinbrick, who normally plays with Devendra Banhart, and Warpaint drummer Stella Mozgawa. It sounds like a mature, mainstream guitar-pop collection to file beside your Haim album — those other California sisters with sweet harmonies and big tunes to spare. Summer is the perfect time for it to come out.

A UK tour is also in the pipeline for June, while they remain inexplicably unknown in their home country. Like The Strokes, Kings of Leon and The Killers before them, they have made it over here first. Unlike those bands, the tremors of popularity still haven’t been felt back home. Surely they can’t resist for much longer. “A lot of people in America think we’re an English band. It’s definitely a cool thing to come to the UK and become big,” says Catherine.

They even spent 18 months living in Bethnal Green’s chic Town Hall Hotel while their British star rose. “We ate in Pizza East far too much, and went to Shoreditch House a lot,” recalls Catherine. “I like English people in general. I don’t know, they’re different creatures. I love that there’s like a reservation up front, but when you go deeper there’s so much depth. They’re so interesting, I find.”

While England’s male population collectively smooths its eyebrows and straightens its love handles at that thought, it should be noted that Allison is currently single. “Keeping a relationship is not necessarily any harder for a musician than it is for anyone else but it is hard to find someone that you have that connection with,” she says.

Things are going great with her sister at least, despite perpetual talk of solo albums. “We almost broke up again,” says Allison of the latest recording process.

“It’s never like, ‘I hate you, I want to break up.’ We just both want to do something on our own at some point,” Catherine elaborates. The songs are generally written separately, and I get the impression that they’re both stockpiling for solo careers, but when those gorgeous voices float together as The Pierces, no matter who wrote the music there’s no denying that their real power is as a duo. Theirs is the sound of this summer.

The Pierces’ June tour dates to London will be announced next week at thepiercesmusic.com. Their new single, Believe in Me, is released on March 30 on Polydor, from their new album, Creation, out on June 2 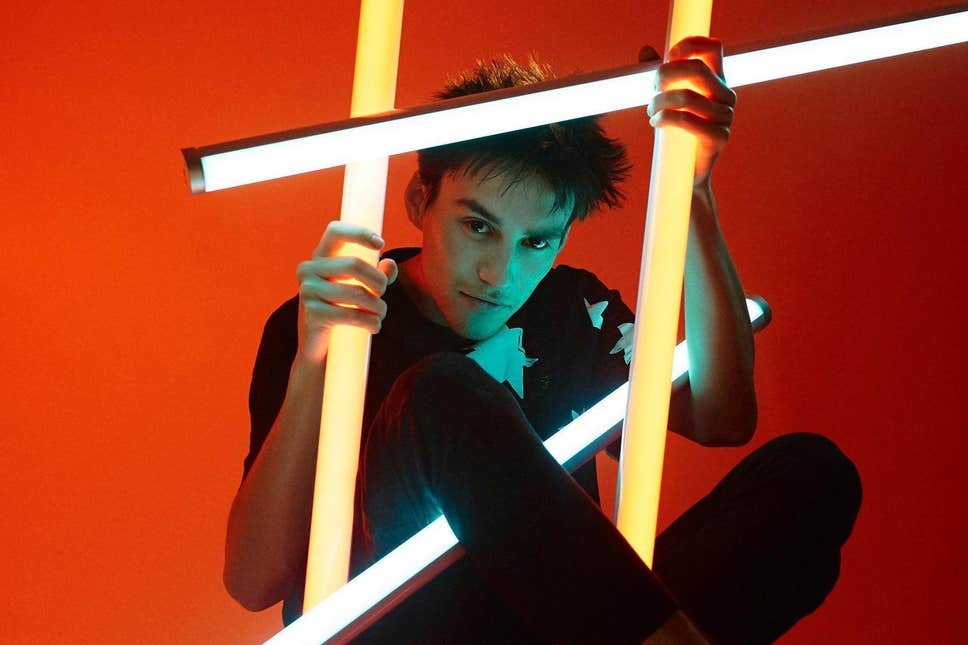