Aaron Bruno can be found far away, high in the Malibu hills, in a small barn studio with the curtains closed as the California sun beats down on the dogs and horses outside. It’s a quiet place, a necessary retreat for a man who has spent the past three years riding a monster.

As Awolnation, Bruno released his single Sail in January 2011. It first entered the US Hot 100 that September, and only departed 79 weeks later — the second-longest American chart run ever. “Every time I hear it on the radio, it doesn’t get old for me, and it seems not to get old to anyone else either. I got really lucky on that one,” the 35-year-old tells me of a simple tune that has been a literal life-changer.

Everyone I tell that I’m going to meet him can’t place the band name but knows the song as soon as I start humming its stark electronic melody. I had a plasterer around the other week and it was his ringtone. It’s become ubiquitous despite being strikingly different from everything else on the radio, with its hip-hop beat, screamed vocal, minimal digital backing and no obvious chorus. It’s also increased the demands on Bruno’s time in his home country to such an extent that he’s only now getting around to playing his first major London gig, more than three years since his band’s debut album, Megalithic Symphony, was released.

“I think most people would agree that if you listen to the whole album, that’s the last one you would think would be the hit song,” he says. “But I’m very grateful that that song is the one that put me on the map. Had it been one of the more obvious ballads then I would be that guy but there’s danger in our music thanks to that song. We’re the only platinum-selling underdogs I know.”

Sail has given him an enviable lifestyle. Having grown up in comfortable Los Angeles suburbia, now he lives as a virtual unknown with his non-celebrity girlfriend among the stars of Malibu, and stays clear of red carpets. He and his sound engineer start work on the second Awolnation album earlier or later each day, depending on what the waves are like for this lifelong surfer. He has long, sun-bleached hair, a deep tan and a serious air.

A tattoo reading “GRACE” runs up the inside of his right arm, after Jeff Buckley’s classic 1994 album. “That record changed my life when I discovered it. He made me feel it was OK to sound feminine when you sing and still be a man.”

Nineties music still seems to be his touchstone. I hear a poppier take on the misanthropic electro-rock of primetime Nine Inch Nails in the rest of his music, and he compares Sail to Radiohead’s Creep, in that no one remembers the album the hit came from but it led to much greater things.

That’s the plan, anyway. A follow-up album is due later this year, which he intends to establish him as a long-term artist. Perhaps worryingly for his career prospects, it doesn’t sound like he’s making 10 more Sails. He won’t let me hear any of his work in progress. “It’s kind of a weird concept album so it would be strange to play you one song out of context.” Referencing another big Nineties band, he says: “I feel like the world needs [something like] a new Rage Against the Machine record, something to get a bit of anger out. I’ve definitely covered that.”

Does he think his commercial peak is behind him? “I don’t know if I’d accept that. I have so many songs in me, it’s only a matter of time before another catches but I don’t know if it’ll be on this second record or the third. I don’t know if every soccer mom in the world will know one of the new songs like they do Sail.”

If he doesn’t end up catching the public imagination again, he only has himself to blame. Although he has a band when on tour, some of whom have worked with him for years in earlier groups, he’s making the new album entirely on his own for the first time, playing every instrument, producing and mixing. “This one is completely mine. No one’s touched it. I’ve gotta try, right? It’s the best thing and the scariest thing. I’d rather be able to look in the mirror and say, ‘You f***ed up, man’.”

He displays a healthy ego for one whose music career has largely been comprised of knockbacks. He released his first album in 1999 as the singer of a hardcore punk band, Insurgence. Two subsequent albums with rock group Home Town Hero and two more as Under the Influence of Giants, who sounded similar to but lighter than Awolnation, almost made it but didn’t.

“I’ve been through all the ups and downs, been chewed up and spat out, and I feel grateful that it happened that way,” he says. “Had any of my songs blown up at an earlier age, I think I would have been too entitled or had a sense of accomplishment that wasn’t deserved. I think I had to experience more of life and learn true pain and suffering, and be broke and not know how I was gonna buy my next burrito. That helped fuel the fire. It gave me that chip on my shoulder, so I had a voice to speak on behalf of the people who feel the same way.”

As a shy teenager, he acquired the nickname “AWOL” for his habit of leaving parties without telling anyone. He surfed, played drums and until he was 21 was a part of the straight-edge subculture — people who listen to punk and abstain from drugs, alcohol and cigarettes. Nirvana inspired him to pick up the guitar.

It was never his dream to be centre-stage, yet he has been the frontman of all of his bands. “I don’t necessarily love the attention but I try my best. I remember playing a show in Buffalo in front of only the bartender. I still envisioned a sea of people even though there was no one there.”

Now there really is a sea of people watching, so much so that his gig gimmick is to get out a surfboard and ride across the crowd. “We are monstrous live,” he insists. “I don’t want us to move into amphitheatres where there are seats. I’m not that kind of guy — I want a riot.”

Finally, this riot’s coming to London. Just don’t leave after he plays the big song. This one-man band is fighting hard to become  something more interesting, and decidedly stranger, than some one-hit wonder. 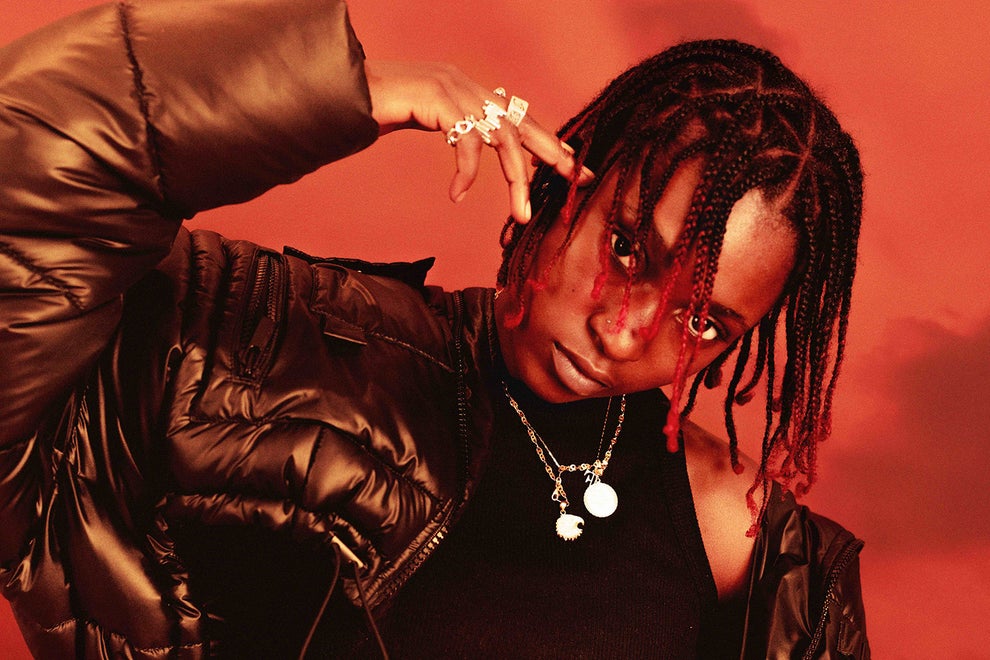