Roisin Murphy is trying to explain why she has always sounded strange, even when she’s making pop music. “It’s because I’m not a professional. I’m a bit wonky. I hadn’t been a singer. I came into it through a love affair, not a career move. It was a genuine little experiment.”

This little experiment has now been going since the mid-Nineties, when Moloko, the duo she formed with her then-boyfriend Mark Brydon after meeting him in a nightclub, began bringing a welcome splash of colour to the largely dour trip hop scene. Now 42, she disappeared for a while to have two children (the oldest of which is now five) but came back in May sounding more impressive than ever on her third solo album and her first for eight years. It’s called Hairless Toys, a bizarre title that comes from a mishearing between Murphy and her collaborator this time, Eddie Stevens, of the phrase “careless talk”. But the creepy image that it conjures suits the offbeat electronica within and her instantly recognisable, feline voice. Even with just eight songs it’s a wonderful record with a daring twist around every corner, and an obvious contender for the Mercury Prize shortlist later this year.

Murphy doesn’t really look thrilled to be back at her best when we meet in a Willesden Green pub near the home that she shares with Sebastiano Properzi, an Italian music producer and the father of her youngest child. Fidgeting with a sloppy white T-shirt, sipping water, she just looks tired after a weekend spent in three diifferent European countries. She’s hammering the festival circuit this summer, appearing imminently at Oxfordshire’s posh Wilderness event, where she’ll hopefully be on at a sensible time of day. “It’s all very well being asleep on an airport floor if it’s your own fauilt, but if it’s the fault of the bastards who put us on at 2.30 in the morning, well…” she grumbles.

I get the impression that she doesn’t suffer fools gladly even after a great night’s sleep, so she’s prickly today. Early on I make the mistake of suggesting that when she made her last album, Overpowered in 2007 – her most accessible work, a major label release with money behind it that zings with energy and bright pop tunes – she might have decided, “Right, I’m gonna be Kylie now.” She lets it slide at first but is obviously stewing on it, coming back to the idea half an hour later with obvious irritation. “How was I trying to be Kylie Minogue? If I was a man no one would say I was trying to be Kylie Minogue. I’m not saying there’s anything wrong with Kylie Minogue, but it’s certainly a wrong perception. If anyone tells me I’m trying to be Kylie Minogue, ever, they’re wrong.”

So, to sum up, she wasn’t trying to be Kylie Minogue. Despite not particularly enjoying life in my hole, I carry on digging. In the imagery for that album and its singles, she appears in mundane situations (a café, a park, a night bus) in an array of outlandish outfits, pre-Lady Gaga, looking like a pop star out of place, I venture. “Was it a ‘pop star’ or was it an artist? Can I be allowed to be an artist? Is that allowed?” she snaps.

The public’s perception of her work, including mine, obviously jars with her own. I blame Sing It Back. Moloko’s biggest hit easily overshadows Murphy’s other work, but only became a dancefloor favourite in 1999 after German DJ Boris Dlugosch had remixed it from its more awkward original form. He turned it into something that zipped along on disco funk guitar with much greater appeal, and ended up on over 100 compilation albums.

“I’ve only ever had surprises. My whole career’s a surprise!” she says of a trajectory that has been hard to second guess. After so many years under the radar, many would have expected this oversized personality to try to come back with a bang. Instead, last year, she put a toe back in the water with a six-track EP of Italian songs – five cover versions and one original – recorded with her partner. By taking on songs by the likes of Mina and Lucio Battisti, who are big in their own country but barely known here, and singing in their language, the Irishwoman ensured that there was no pressure to top the charts.

“Of course there was great trepidation,” she says when considering her return. “There were people saying, ‘You shouldn’t be making this kind of record, you should be making another kind.’ I played it to a couple of people who were a bit like, ‘What about the dance music, Roisin? You’re really good at that.’ A part of me was a bit scared. But there was a bigger part that thought, don’t listen to the middle men. You have to have big ideas. I’ve always had fair-sized ambitions for my work.”

After the Italian EP, Mi Senti, she started going to the Putney studio of Eddie Stevens, her musical director on previous tours. The children went to stay with their grandparents and the pair kept office hours, ending up relatively quickly with 35 songs. Enough of them are completely finished to appear on a quick follow-up album, which she jokes that she may call “Hairy Toys”.

“When the kids were away I could really tunnel into it. We’d go to the studio every day, write a song in the morning, go out for a drink and some food in the afternoon, then go back and write another song.” The results are inspired, especially when the synth chords burst through like shafts of light during the funk groove of Evil Eyes, and warm acoustic guitar chords drift in unexpectedly in the euphoric closing number, Unputdownable.

At different points during our conversation she describes the album as “bonkers” and “bizarre”, both of which are compliments. “I’ve always been a weirdo,” she says. She knows she’s a square peg in the pop world’s round hole (I don’t need telling again) but sounds perfect in the shadowy margins. It is good to have her back. 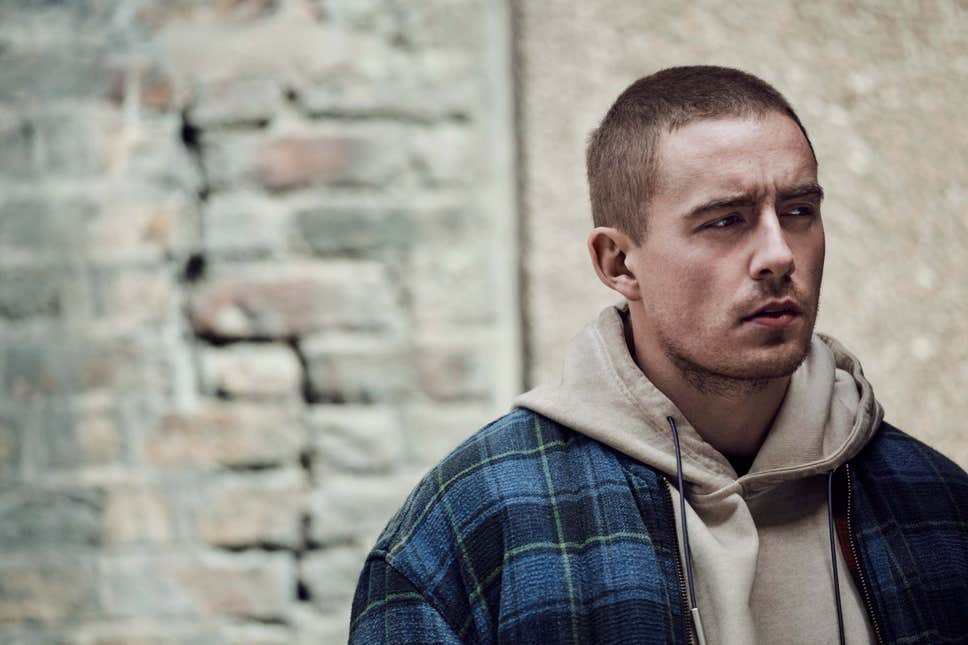