It doesn’t sound like the recording process for their third album was too painful for Hurts. “We were in LA, New York, Sweden, Switzerland, Ibiza,” lists singer Theo Hutchcraft. “We got a house, did some work probably for a month or two, until things slowed down. Then we went straight off somewhere else again. The work rate was exceptionally high because we were always in an excited state of mind.”

That excitement leaps out of the speakers when you press play on Surrender, out today. The fact that the first voice you hear isn’t Hutchcraft’s, but a row of female gospel singers, is an early indication that this one is going to surprise a few people who thought they had Hurts pegged. Two northerners making unrestrained music with an Eighties sheen and a dark heart, to date their dramatic electronic pop has made them platinum sellers in Germany, Finland, Switzerland, Poland and Russia, but less huge at home. Now their heavy sound has a lighter touch and it’s time for them to hit the A-list over here.

Many bands have begun to fade by the time album number three comes around, so I’m glad this duo have upped their game instead as they make great pop stars. when Hutchcraft, 29, and keyboard man Adam Anderson, 31, first gained attention on the BBC’s Sound of 2010 list, sitting beside Everything Everything, Two Door Cinema Club and eventual winner Ellie Goulding, they looked like the only unknown band who could afford a Helmut Newton photoshoot. They remain intimidatingly stylish individuals today, so much so that I thought long and hard about my sock choice before going to meet them. When Anderson sits down at a table in their Hackney rehearsal studio, he puts his phone in front of him – a common habit – and also a comb.

“In the beginning, the look was about trying to keep control of things,” he says. “When you’re on the dole, you feel quite out of control, so it makes you really protective over what you have. It’s also good to take a lot of pride in the way you present things.” The pair were unemployed in Manchester for around five years before Hurts took off, having first tried to make a go of their earlier bands Bureau and Daggers. “This was born out of a last ditch moment. We’d been playing to nobody for years. it was a moment when we went, ‘can we give this one last crack?’” says Hutchcraft. now they’re both based in north London and don’t appear too affected by fame’s arrival (“Staying in is the new going out,” says Anderson when I ask about his social life) though Hutchcraft has been romantically linked with an array of famous women including Alexa chung, Dita Von Teese and Daisy Lowe.

They put a lot of thought into appearing to be working with a big budget even before they had a record deal. You could take a still from any one of their videos and frame it on your wall. I go on at them at some length about the quality of the lighting in one of their recent clips. Check out the bombastic, racing Some Kind of Heaven, in which Hutchcraft plays a man escaping a sinister cult. It’s got that beautiful, unsettling, Twin Peaks feel. “That’s a great compliment, because all we’ve got is our little world. That’s all we have to present,” says the singer. “We’re so involved with it and we love it so much that we want to think about every aspect of it.”

A couple of times during our conversation they refer to “Lana”, meaning Lana Del Rey. Their first name terms with the vampish American makes me think they must be working together, but they’re not, they say. They just think of her as a kindred spirit. “There aren’t many people we find affinity with,” says Hutchcraft. “When she arrived we were two or three years into our band and thought, ‘Finally! There’s someone else like us.’ It restored a bit of faith.”

Both acts handle the visual aspects incredibly well, and make pop music with a heavy dose of the sinister. Hurts admit that they may have taken it a shade too far in that direction on their second album, Exile, in 2013. “We’d been touring for three years, and by the end we’d gone from being a kind of static pop band on stage to more of a rock show,” says Anderson. “When we came off that tour we started making new music straight away, so it seemed natural to be making music that sounded like a car crash. It wasn’t until maybe a year into that project that we said, ‘Maybe we should stop this now because it’s starting to feel a bit damaging.’ It still sounds really bold, that album. You can’t really get any darker than some of the songs on there.”

Exile was made in a claustrophobic Manchester studio. “The process was painful, but when I listen to it now it’s still something to be proud of, because it’s exactly what our life was at that moment,” he continues. This time, they’ve gone the other way. Some of Surrender was recorded in sunny Beverly Hills with producer Stuart Price, known for many of Madonna’s more enjoyable recent moments. There’s an EDM euphoria to Nothing Will Be Bigger Than Us, while the real standout, Lights, puts a slicker, funkier Hurts on display. It’s telling that while the previous album cover was mostly black, this one is pink. “A lot of the music we make is very introspective and deep in its emotion. Sometimes it’s nice to create something that is direct, and be outrospective,” says Hutchcraft.

Calvin Harris may also have been a factor in their brightening, though they say he wasn’t. The 2013 song Under Control, by Harris and Swedish DJ Alesso, featured Hutchcraft’s moody vocal and thus, in a way, gave Hurts their only UK number one. “It was a separate entity. It came when we were already set on this path,” says the singer.

But it’s a misconception that they don’t do so well at home. Both of their albums so far have hit the top 10 here, and they’re booked to play the 5,000-capacity Brixton Academy in February. Yet it’s true that things are on a different scale in the rest of Europe. “People ask us why we go there, and we say, if we can go to Finland and 10,000 people will come to see us play, why not? What else are you doing with your time?” says Hutchcraft. “I heard Blur have only just played their first ever gig in Poland and I was shocked. Why haven’t they been before? We did some shows in Russian cities where we were the first band from another country ever to go there. What an unbelievable privilege.”

Spending time with their new album proves that the rest of Europe knows what it’s talking about. For once, it’s time for us to catch up with German musical tastes and put Hurts up at the level they deserve. 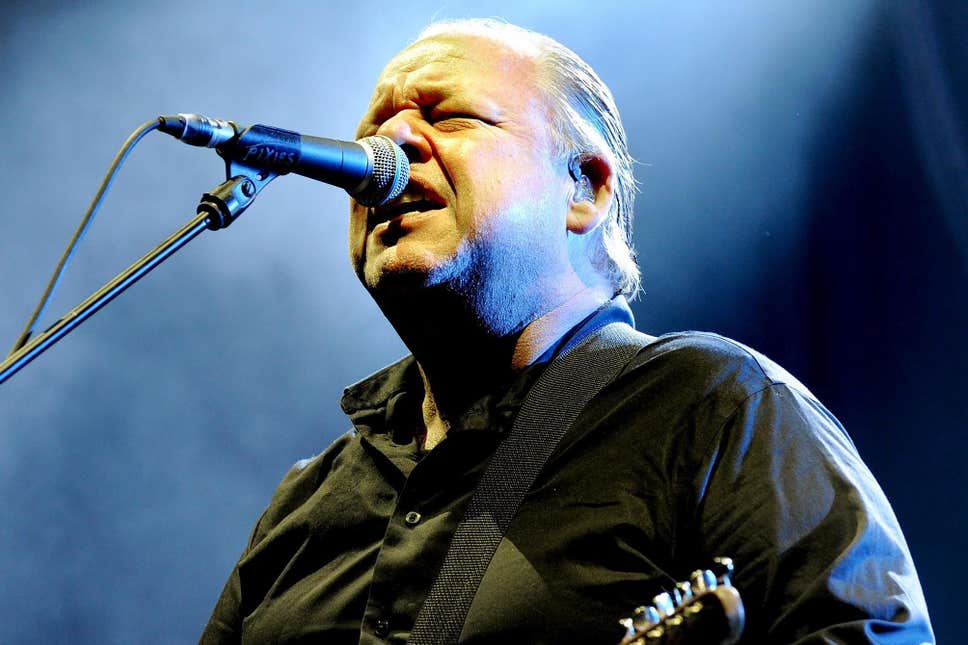