Although his songs have been recorded by Elvis Presley, Dean Martin and his most frequent foil, Nancy Sinatra, Lee Hazlewood died in 2007 as no more than a cult musician. Accordingly, this tribute concert put together by Wyndham Wallace, his late period manager and the author of a new Hazlewood memoir, lacked big names but wasn’t short of wonderful songs.

A few perfunctory performances could have done with some more rehearsal time. Kurt Wagner’s opener, Love and Other Crimes, was so understated that the audience didn’t know to applaud. A band led by Ed Harcourt sounded too minimal for Hazlewood’s rich compositions at first, but when a string section appeared for Gemma Ray’s lustrous take on Your Sweet Love, the magic began to arrive too.

His best known song, These Boots are Made for Walkin’, was aired twice, first with an enthusiastic Fran Healy of Travis and finally as a mass effort, complete with joke shop Hazlewood moustaches. But he has done better, especially on Josh T Pearson’s heartbreaking My Autumn’s Done Come and the woozy waltz of Some Velvet Morning. Gifted here to Matthew E White and newcomer Flo Morrissey, it remains a classic of that tiniest of genre crossovers: psychedelic country.

Thankfully no one attempted to mimick Hazlewood’s cavernous cowboy croon, but his spirit loomed larger than the photos on the big screen. An infrequent live performer in life, keeping his candle burning with this posthumous concert was a worthwhile endeavour. 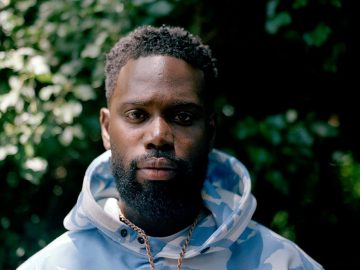