Mac DeMarco strolls onto the stage at the venerable Olympia theatre in Paris and lines up five bottles of beer on top of an amplifier. By the time they’re about finished, 90 minutes later, he’s shirtless behind the drum kit while drummer Joe McMurray is busy crowdsurfing a full circle around the venue and the rest of the band is blundering through a cover of Under the Bridge by the Red Hot Chili Peppers.

This is a pretty standard performance from the Canadian singer-songwriter, 27, who has somehow turned his mix of lo-fi indie balladry and jackass pranksterism into the hottest ticket in town. This weekend he and his band will play three nights at London’s 2,600-capacity Coronet Theatre, just six months after they sold out two at twice as big Brixton Academy. Adding up those audience figures, this gap-toothed scruff is potentially the world’s least likely arena filler. “Well, maybe. I dunno. We’re not that kind of band,” he says when the idea is put to him in his dressing room before the show.

His young fans copy his shabby dress sense with baggy dungarees, turn-ups and caps, and he’s mostly had to stop smoking on stage because when he lights up, they copy that too. He can occasionally be more serious, as at the end of the Olympia show, after the lights have gone up, when he returns to ask the remaining audience members to sit on the floor and perches on the lip of the stage to sing his most moving song. It’s called Watching Him Fade Away and is about visiting his estranged father in hospital while he was suffering from cancer (he’s okay now, but no less estranged).

But DeMarco can also be crazier, as in a notorious YouTube video which finds him naked, howling U2’s Beautiful Day with a drumstick up his behind. Understandably, he’s kind of over talking about that one. In fact he’s a slightly tricky interviewee all round, relaxed and affable with both an e-cigarette and a pack of real cigarettes to hand, but with a tendency to say “I dunno” as a first response to most questions. “I don’t really care” is another one. He’s disinclined to analyse too closely the reasons for his swelling popularity. I get the impression he’s as surprised as anybody.

“I think people are so attracted to what we do because they see it as being grounded and down to earth or something,” he muses, after a push. “Personally I’ve never been into those bands who pull the supercool rock star thing. I was just a kid in a weird prairie town in Canada who wanted to play guitar and be in bands, working shitty jobs, so I know there are plenty of other kids out there like I was, who wanna do it too. Hopefully us being kind of sloppy and fat and unshaved makes them think that they can. People think, ‘I bet that guy would have a beer with me.’ And I probably would.”

He’s already had a drink with plenty of them. At the end of Another One, the 2015 mini-album that came between his breakthrough album, Salad Days, and his latest and best, This Old Dog, he read out his home address in Far Rockaway, New York and said: “Stop on by, I’ll make you a cup of coffee. See you later!”

“I wouldn’t say I regretted it but I probably won’t do it again. It was fine. Eye-opening,” he says today. It sounds like it wasn’t too bad for him because he’s away on tour so much, but his long-term girlfriend Kiera McNally was less thrilled. “It’s such a long way out that none of my friends would visit me, so I settled for hanging out with complete strangers. I think kids still go to that house actually, even though they know I don’t live there any more. It’s like a cool little pilgrimmage.”

Now the couple have bought their own home in the Silver Lake area of LA. DeMarco recently converted the double garage into a studio, which means that his next album will be the first he hasn’t recorded in a bedroom. His distinctive sound is simple and relaxed, mellow acoustic music with the odd touch of analogue synthesizer or a slightly queasy electric guitar jangle. Maybe he’s the cool Jack Johnson, making barbeque music for hipsters. A chest-thumping rock god he is not. At certain points in the gig, the way he moves reminds me more of the comedian Bob Mortimer.

At the concert, plenty of the calmer numbers are the kind of things you’d chat through if you weren’t a committed Mac-head, but it’s dangerous to stop paying attention because next thing you know the band are mixing up There She Goes by The La’s and Van Halen’s Runnin’ With the Devil. Between almost every song, guitarist Andrew White plays the opening lick of Sweet Home Alabama but the country rock anthem never quite gets a full airing. “The records and the shows don’t make sense together, yeah,” agrees DeMarco. “There’s a different energy. I think most people assume I’m just a goofball, which is true a lot of the time. I like rock and roll, I want to have a good time and make sure everybody’s having fun. Then the records are like meditation for me. I’m at home in my space, just thinking about things and making music.”

This Old Dog, released in May when it reached number 21 in our albums chart, sounds like his most melancholy collection yet. It finds him musing on ageing and his difficult relationship with his father, an alcoholic and addict who abandoned the family when DeMarco was five. He was born McBriare Smith – DeMarco is his mother’s surname. “Even though we barely know each other, it still hurts,” he sings over a steady keyboard pulse on Watching Him Fade Away. “Home, there’s moonlight on the river, everybody dies,” he repeats on Moonlight on the River. It’s a sad, beautiful collection.

“It was just what was going on, and the only way to navigate it was to put it on paper and let it out in some way,” he says. “The funny thing to me is that I think all my records deal with stuff that is really personal for me. The difference is that this time the lyrics are less vague.”

It sounds as though the songs haven’t led to any great healing moment, as he might have hoped. “Maybe at the time I thought I was gonna accomplish something by putting it out there, but I don’t really know if I have.”

I ask if settling down with his girlfriend and dealing with some of the tougher aspects of family life make him feel like a responsible adult these days – a grown-up. “No!” is the quick response. “I mean, I own a house now, I have a very domestic relationship. But then at the same time I am paid to travel all around the world and get fuckin’ wasted in front of three thousand people. Compared to what I thought being a grown-up would be like, it doesn’t really add up.”

Nothing much does about this underdog tale. This weekend, London can raise another glass to music’s scruffiest success story. 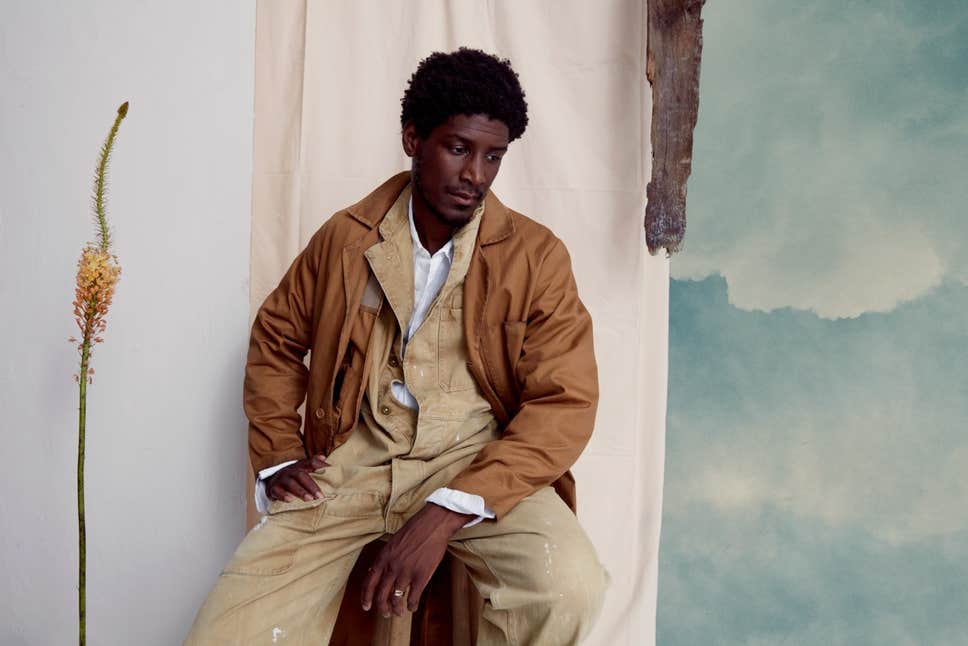