Next week is Independent Venue Week, a three-year-old initiative to encourage you to visit a sweaty box without a brand name in its signage and maybe, just maybe, discover the future of music. It’s a national event aiming to create the same kind of buzz around gig spaces that Record Store Day creates for independent music shops.

Venues as far afield as Exeter and Northern Ireland are taking part but London, which has recently waved goodbye to small venues including Madame Jojo’s and the 12 Bar Club, will dominate, with 55 gigs across 24 pubs and clubs. “If we continue to lose grassroots venues, every high street with be sterile and homogenised,” the week’s founder, Sybil Bell, warns. “There’s always a chance that a band that you see in a small venue will be on an arena tour in a few years’ time. They’re the best places to experience that ‘I was there’ moment.”

You can find at least one of those future stars in Brixton at the Windmill, though next week isn’t too different from any other for local girl Misty Miller. “The Windmill is a second home to me. I’ve even slept there a few times after gigs,” says the 21-year-old, who is originally from Wimbledon. “I’ve probably played there 20 times in the past year. It’s where I go to try out new things. It means a lot to me, that venue.”

Miller has played in much bigger spaces too, supporting Jake Bugg in the likes of Alexandra Palace and Shepherd’s Bush Empire. Having signed a major label record deal around four years ago, her rise has been gradual, so much so that you can still find her on YouTube, tip-toeing barefoot through a bluebell wood in an advert for the Woodland Trust, and looking blonde and innocent as she strums a ukulele on a sunny park bench for Burberry.

Today she’s a somewhat spikier proposition, with scraped-back red bunches, pierced ear, nose, lip and tongue and a ragged black sweater featuring the logo of US punk band Rancid. She now has dozens of tattoos, including John Everett Millais’s Ophelia taking up most of her right forearm, various drawings by her fans and numerous scribbles on her left arm that she mostly did herself with her own tattoo gun. Her blunt rock sound is now as aggressive as she looks, the ukulele firmly back in the cupboard. It falls somewhere between a louder Chrissie Hynde and a poppier Anna Calvi. Two of her three older brothers are accomplished guitarists and her dad, Dominic Miller, has been Sting’s guitarist since 1990, so she says that she was too intimidated to try and play with anything other than bare bones ability and punk energy. “Once I knew that I was never gonna be a muso, I was relaxed about it. There’s a power in simplicity,” she tells me.

Unlike some musicians she hasn’t tried to erase evidence of her old sound from the internet, though a soft, folky debut album, self-released when she was 16, is pretty hard to find. In any case, she dismisses the idea that it’s been a radical change. “It makes a nice story that I was this sweet girl and then I dyed my hair jet black, but the reality is I already had some ‘stick-and-poke’ tattoos then and I was never naturally blonde – that was dyed too. I was never listening to the kind of music I was playing. I was always into blues and punk and rock and roll.”

Nevertheless, it’s hard to picture the girl from the bluebell wood hanging out with south London reprobates the Fat White Family – controversial composers of drone-rock songs such as Bomb Disneyland and Wet Hot Beef – and getting deep into their scuzzy world, but that’s what she did, dating the band’s former drummer Dan Lyons for a while. Her new album, due in April, is called The Whole Family is Worried. She says that’s meant to be a joke now, but it wasn’t then.

“I don’t think I’d be able to call it that if I was still so lost in the fog. I had a pretty difficult couple of years between 18 and 20. I started taking a lot of drugs. I really went quite far, but I wrote a lot of music too, and a lot of the stuff on the album reflects that period of time. People would call us Sid and Nancy because we were just a mess, but I was young and I wanted to experience it. It did take me to hell and back, but I’ve come out of it now.” She’s now in a healthier relationship with her current guitarist, Tom Shelton: “He’s lovely.”

Her mum, a former actress, was a scenester too in her day. “She hung out on the Ziggy Stardust tour,” says Miller. “When I was younger and getting in with this crowd she was like, ‘Misty, I’m not sure you should be doing this.’ I said, ‘Yeah, but mum, you did it.’ She said, ‘That’s why I know!’”

She’s watched the recent documentaries about Amy Winehouse and Kurt Cobain – Amy and Montage of Heck – and is quite sure that she doesn’t fancy that route. “It’s sad the way we’re still romanticising and glamorising a very bad disease. We shouldn’t be glorifying tragic stories.” She hopes instead that she can be a positive role model to free girls from pressure to look and behave in certain ways. Two of her singles, Next to You and Happy, mention washing her hair as if it’s a rare occurrence for which the guy she’s addressing should be grateful.

“Beyonce’s a feminist and sexy and gets applauded, but if I’m on stage in my bra with armpit hair, that’s a kind of feminism that people can’t quite deal with yet. I think in 50 years we’ll be like, ‘Wow, can you remember when we had to shave every bit of body hair to be considered relatively normal?’ It’s not that I’m trying to be anything. This is just how I live my life.”

Indie in spirit despite her relationship with Relentless Records, a division of a major label that brought us Joss Stone and KT Tunstall, Miller’s attitude-packed album should lift her away from the small venues that she loves, but it will be a struggle to say goodbye. “I think I’ll always play at the Windmill,” she says. “The people that I really want to impress are the people at places like this, people at open mic nights, not Zane Lowe or Annie Mac. They’re my peers.” So catch her next week, or the next one, or the one after that. Misty Miller is ready to rock any stage that will have her. 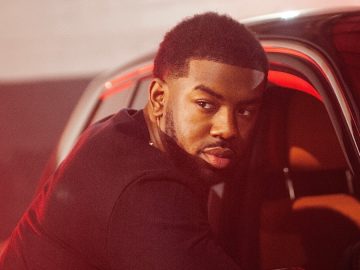