Florence + the Machine’s giant concert in Hyde Park next month will be the end point of more than a year of touring in support of their third successive number one album, How Big, How Blue, How Beautiful. A journey that began in March 2015 at the tiny Dome in Tufnell Park has gone on to include four nights at Alexandra Palace and a dream come true last-minute promotion to the headline slot at Glastonbury, after Foo Fighters pulled out. How will they celebrate at the close of a climactic hometown show in front of 65,000 people? By getting on a bus to Belgium.

“That’s scheduling for you,” says Florence Welch, of the decision to close the book on her band’s latest adventure at the Rock Werchter festival instead of three miles from her Kennington home. “But Hyde Park definitely feels like the send-off. It’s the very last English show we’ll do on this cycle, and we’ve got some different things planned that we haven’t done at previous shows.”

This feels like a good time to be drawing a line, she says. Three albums is a nice number, and at the end of August she will turn 30. “I feel quite good about it,” she tells me. “I’ve sorted quite a lot of stuff out in the last two years, and I’m quite glad I did it before I got to 30.”

When she began to reveal this music to the world, she was very open about the stuff that she needed to sort out. After finishing touring her second album, Ceremonials, she had “a bit of a breakdown”, she explained to her early interviewers. “I felt like there were pieces of me all over the place.” She exposed herself more than ever before, in conversation, in lyrics that explored heartache and a strange desire for self-destruction, and in videos in which she was briefly naked and often dancing with anger and intensity.

Such a bold step could have frightened many fans away, yet she’s playing bigger shows than ever and How Big… became her first US number one. The Glastonbury promotion secured her place on the A-list, the concert equivalent of getting a waxwork at Madame Tussauds. I can tell she’s officially a big star now because her people want to see my questions in advance. I’m politely warned that she’s done talking about the personal stuff at this point. Publicists from two countries listen in on our conversation, then they contact me again afterwards, asking me not to print something that we talked about. It wasn’t anything embarrassingly revealing, just a recounting of a private conversation with another creative type.

Florence herself is full of bounce, laughing as she recalls precisely the outfit she wore during our first interview, pre-fame in 2008. With her soothing enunciation she could become a newsreader when the hits dry up, but she’s hard to interrupt, talking around and around an idea until I butt in and nudge her forwards. It’s a long wait for her to get to the end of a thought. She keeps using words like “freeing” and “liberating” to describe her experience of making this album and performing the songs. “I went into it with an intention to stay open, to stay vulnerable, not to get scared and put the cape back on,” she says. “This album totally unravelled me and then rebuilt me. Even though the touring is exhausting and I’m definitely ready for a break, I am still quite nourished by the whole experience.”

She scoffs at my suggestion that this must all have been one big comedown after Glastonbury. “It did take us a while to get back into our stride, definitely. That was one of the most amazing experiences we’ve ever had. But you can’t rest on your laurels. It’s not like, we did that so let’s not try any more. We’re always expanding the performance and adding more to it.”

Those who saw her at Alexandra Palace last September witnessed how expansive her shows can be. Sprinting across the stage barefoot in front of a 10-piece band, she summoned an extraordinary collective euphoria, successfully urging the crowd first to “Turn to each other and embrace each other,” then to “Take something off!”

It was partly the Glastonbury experience that taught her how to work a massive audience. “Jarvis Cocker gave me some advice, indirectly,” she says. Cocker’s band Pulp were also last-minute headliners, replacing The Stone Roses in 1995 with a similarly triumphant set. He wrote an open letter to Florence in last summer’s Glastonbury newspaper. “He said it’s not even really about you. It’s the place, and everyone is having their own experience. So if you just don’t do anything that will directly fuck that up, and realise that the place is bigger than you, you can create this collective experience. It’s not so much about me; it’s about all of us being together.”

She’ll take that mentality with her into Hyde Park, which has its own long history of legendary shows. She’s hand-picked the rest of the day-long bill, which includes rapper of the moment Kendrick Lamar (“He blows me away every time.”) and dance producer Jamie xx (“We kind of came up together.”) as well as Cat Power, Blood Orange and Polica. “So many of my favourite bands! It is a celebration.” She’s promising new visuals and dance elements for anyone who’s already seen her in the past year, having brought a dance trainer on the road with her. And I’m not sure how to interpret this, but she seems to be threatening a storm, too.

“There was a storm theme to this record. There was that storm, St Jude, that hit England [in October 2013]. That inspired a song, and I was in the middle of my own personal storm. We played this festival in Chicago [Lollapalooza in August 2015] and could see this storm coming in between all these massive buildings, the lightning moving in time with the music. We got evacuated, it had to be shut down. Storms were a thread throughout so we’re trying to bring that to the last show too.”

That does sound like a suitable climax to a project that could have gone so differently, if fans had decided they’d prefer not to follow her into darker corners. “I can remember sitting in the corner of the Chateau Marmont, on the phone to my friend, crying: ‘I can’t do it! I can’t release this album! It’s too personal!’ What I’ve learned, though, is that it’s good if something feels uncomfortable. It’s almost as though you have to jump off so that people will follow you.”

And when the lights go out and she returns from Belgium to a temporarily quieter life in south London, she feels more ready for it than she was before. “When I stopped touring the last time, the thing I thought I wanted to do was live on my own and party all the time. That lasted about a year and I was a complete mess when left to my own devices. I’m kind of glad it happened because I did have to sort myself out.

“I thought I would live this bohemian party life, but really it taught me how to be quiet. Cooking, reading, writing and learning how to spend time in my own company. It wasn’t what I thought I wanted but I discovered it was really what I needed.” At Hyde Park, she’ll be bowing out in a much better place. 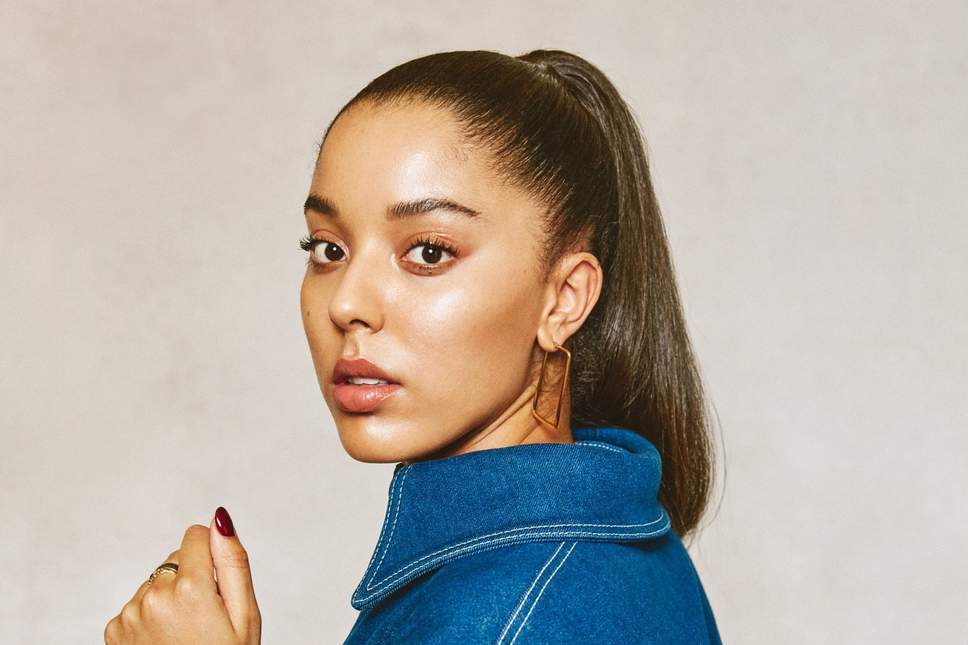