At 25, Yungen isn’t quite the young one any more, but the south London rapper still bubbles with puppyish enthusiasm for just about everything when he bounds into his record company office to meet me. He’s all in burgundy, baseball cap, tracksuit and trainers, and visibly overjoyed about playing a role in a golden period for British urban music. “I believe now is our time. Everyone’s up for it,” he says of the army of homegrown rappers currently heading chartwards.

The man also known as CJ Brooks, who got his nickname as the youngest among his group of friends on his Herne Hill estate, is currently turning early notoriety into something more positive. He’s excited about performing in the O2 complex next week as part of Jamaica House, a season largely of reggae gigs to celebrate Usain Bolt’s last competitive races at the World Championships in London. He was born on the island, the youngest son of a Jamaican father and English mother.

While he prepares for that show, which follows impressive recent headline slots at Koko and the second stage at the Wireless festival, he’s been watching his song Bestie become his first top 40 charting single. It’s currently on the A-list at BBC Radio 1Xtra, and pop starlet of the moment Zara Larsson has been seen singing it on social media, but he’s most excited about it being one of 50 songs currently on the Spotify playlist Hot Hits UK. “That’s the one you want to be on. It’s the biggest. It’s so important now,” he says. “I got a call from my manager to tell me I was on it. We went out and celebrated. It’s a blessing.”

We’ll get to some of his darker lyrics presently, but the one that first leaped out for me was in that song, a chirpy number about a casual relationship, with an Afrobeat-style Auto-Tuned chorus sung by east Londoner Yxng Bane. “Took her to the Radisson, spent about three,” Yungen raps. How much is that? Did you buy your belle more than one item in the vending machine, Yungen?

“It’s not three quid, no! Not 3K either though,” he clarifies. “That’s a room and dinner and a cab home.” In case you’re not in the privileged position of having a bestie yourself, he explains that too: “It’s where girls wanna be serious but I’m focused on something else. It’s like, ‘You know what, you’re my bestie, we’re cool, we’re more than friends, but we’re not together,’ basically.”

So he’s enjoying himself, as well he should. Bestie’s video was shot on a whim while he was on holiday in Dubai, and features him and Yxng Bane quad biking in the desert. “I’m spontaneous, I’m last minute dot come with everything, so if I come up with an idea, that’s it. I phoned Bane, said: ‘Yo, are you free? Come to Dubai!’”

His qualities as a fast worker served him well in February last year, when he was half of one of the current London scene’s relatively few cases of rivalry and ill feeling. After Tottenham rapper Chip, formerly Chipmunk, hinted in song that Yungen may not have merited his nomination for Best Newcomer at the 2015 MOBO Awards, the pair took turns to release a flurry of tracks and videos taking aim at each other. Music website Noisey called it “The Beef That Stopped the Internet”, noting that “You know shit’s got personal when an MC’s mum is trending on Twitter.” It escalated to the extent that Krishnan Guru-Murthy was seen talking about it on Channel 4 News, but it wasn’t quite Tupac vs Biggie. “My mum’s house is bait nicer than yours,” claimed Chip on L (Lil’ Clive Diss 2), “bait” meaning “obviously” according to Urbandictionary.com. “I’ll tip over your Smart car,” Yungen threatened on Punk (Sh*tmunk Diss).

Looking back, it was just a bit of fun, Yungen says today. “It was what it was for about a month of craziness. It didn’t go anywhere it didn’t need to go, there was nothing violent. Watch the videos and see the look on my face – I’m finding it hilarious,” he tells me. All’s well that ends well, then? “I’ve seen him since, we’re just not mates. But we’re not enemies. And it did help us, with people seeing our ability. The world was watching so you have to show how good you are. That’s why I put so much time and energy into my videos. I was going for it.”

Since signing a major label record deal with RCA, on his singles he’s portrayed himself as a cocky ladies’ man, a fun guy who’s occasionally mildly romantic. Never mind that Radisson spending spree. On the surprisingly soppy Cuffing Season, he raps: “I could be playing FIFA with the boys/But I’m in Winter Wonderland tryna win you toys.” On the more aggressive Comfy, he brags about the price of his Stone Island tracksuit: “Fam I spent an arm and a leg on this Stoney.”

So on the rare occasions when he has dug deeper, it’s not surprising that people notice. A 2014 song, Don’t Take It Personal, was a four-minute misery memoir that took in the death of a close friend, his mother leaving him at home by himself for three months when he was 13, and claimed that he was “robbing ‘cause I had to”. Most shocking was this couplet: “They say I’m paranoid, well you try being kidnapped as a kid/A gun put to your head and taken from where you live.”

When I bring it up, he laughs briefly and is unable to go into much more detail. “It was literally what I said in the song. I got kidnapped as a kid, when I was seven or eight, and I don’t remember it. Nothing happened to me. It’s not like you picture it, I wasn’t tied up or anything. It was something to do with family issues in the area. Someone took me away, just for a few hours, when I was playing outside the house.”

What he does remember is being made to see a psychiatrist for some time afterwards. “They asked really personal questions, and silly questions. They said, ‘Close your eyes and then draw on a piece of paper what you see.’ What I saw was just black so I just coloured in the whole page. I wondered what they were trying to get out of me. Was there something wrong with me? It messed me up.”

There’s no sign of that messed up kid today, who’s got nothing but good things to say about estate life despite everything. “I’d be lying if I told you it was the hardest time ever. There are loads of kids your age around, there are girls, it was the best experience. Would I go back and be a rich kid? Never. Growing up on an estate was everything to me.”

Today he lives near Heathrow, the better for jetsetting, and things are looking rosy as he plots more music for the love of it, nothing more. “There was a time about three years ago when I wasn’t happy doing music and I didn’t know why,” he says. “Now I know I was chasing a hit, chasing the success, when really I started this because I love it. I sit down in my house and write lyrics because I love it. I forgot that for a minute. Now I won’t let this feel like a job.” With trips to Dubai, nice tracksuits and presumably all the besties he can handle, how could it?

Bestie feat. Yxng Bane is out now on RCA. 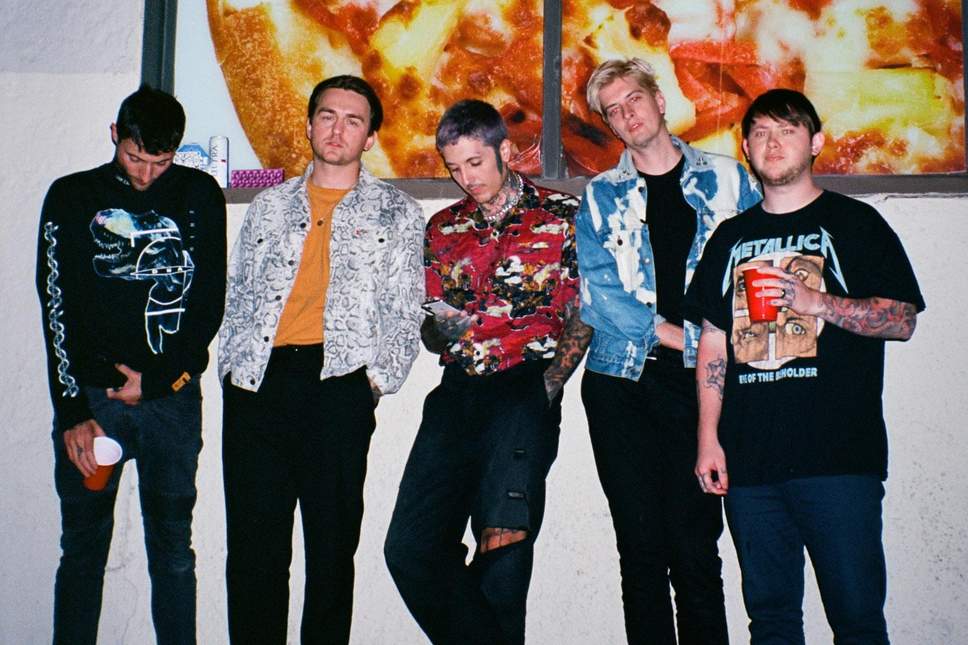 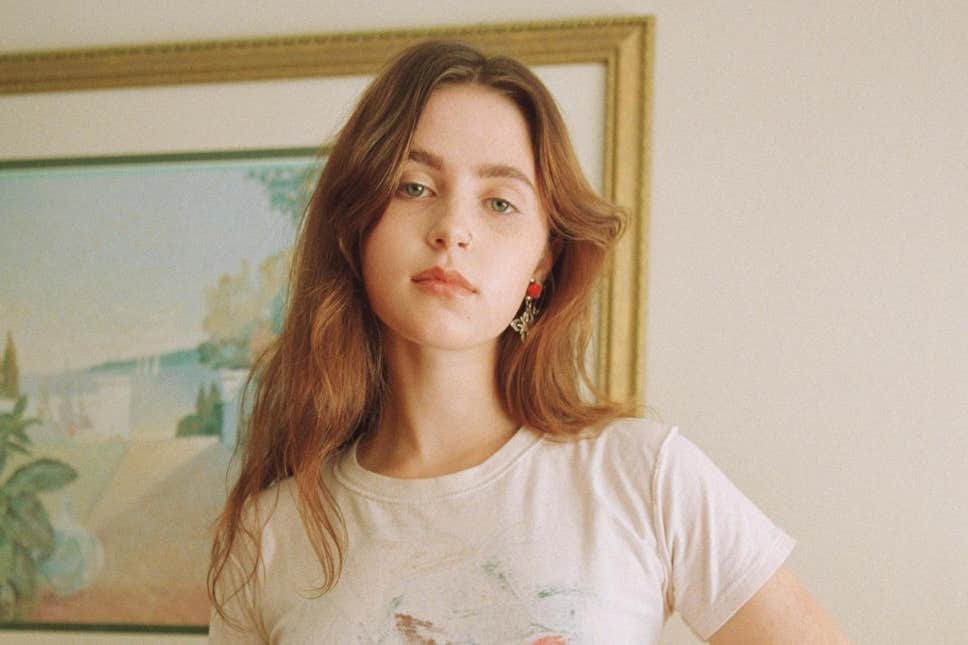