With only Eminem and N.E.R.D left to sneak under the wire of 2017’s major album releases, it’s time to line them all up against the wall and pick a team. Sure, I could offer you an numbered countdown of personal favourites (*loud cough* LCD Soundystem!) the better to receive maximum comment box abuse, but felt it would be more useful to steer you towards the possibly overlooked highlights of genres that you already know you like. As the modern music fan faces the daunting emptiness of that Spotify search bar daily, we can all do with some direction. It won’t be long until I’m offering you a selection of the playlists, rather than the albums, of the year. Until then, here’s a 2017 round-up that offers assistance instead of an argument.

Yes, Taylor Swift and Ed Sheeran had the mighty sales statistics, and Dua Lipa’s self-titled debut album spawned a few marvellous singles, but there were others in the pop sphere digging deeper. On her second album, Melodrama, Lorde depicted her arrival into adulthood with sharp lyrics languidly delivered and ice cold synthpop. Lana Del Rey remained a one-trick pony on Lust for Life – if said pony was a tragically beautiful 1940s Hollywood starlet incapable of making an upbeat song – but did her schtick impeccably on her fourth go-around. Shock popper Miley Cyrus shifted into surprisingly similar territory on Younger Now, a mature work with a country lilt and no nudity in sight. Meanwhile, the three sister guitar band Haim got a little more electronic and kept the tunes big on Something to Tell You. Another California trio – MUNA – mixed pop and politics to thrilling effect on About U, and Anna of the North – actually a Norwegian called Anna plus a Kiwi called Brady – found the sweet spot where soulful synths meet classic Eighties stylings on their fantastic debut, Lovers.

Sampha deservedly took the Mercury Prize home in September for his debut album Process, a sonically daring electronic collection with a grieving singer-songwriter at its core. Equally tragic but more uplifting in its delivery was Soul of a Woman by Sharon Jones & The Dap-Kings, Jones’s last recordings before she succumbed to pancreatic cancer. Curtis Harding also played the retro card with much success on the Danger Mouse-produced Face Your Fear. For light relief you could turn to the jittery jazz of LA bassist Thundercat, whose third album, Drunk, explored music’s outer reaches while also offering a strong contender for album sleeve design of the year. At the poppier end of things was 19-year-old Khalid, whose debut album American Teen unveiled a remarkable young voice who now has five Grammy nominations. And even British indie rock entered this world, when Childhood frontman Ben Romans-Hopcraft found his falsetto and reinvented his guitar band as slinky soul groovers on Universal Light.

All we needed was reliability from the world’s big bands prior to their next round of festival headlining slots. Solid new offerings from U2, The Killers and Kasabian were understandably preaching to the choir. So it was especially welcome when a few of the big beasts offered something a little surprising, whether it was Arcade Fire channelling their inner ABBA on Everything Now, Noel Gallagher’s High Flying Birds finally giving the envelope a slight nudge on Who Built the Moon? and Paramore going fully pop on the joyous After Laughter. Meanwhile both Foo Fighters on Concrete and Gold, and Beck on Colors, teamed up with Adele co-writer Greg Kurstin to have the most fun they’ve ever had on record, and Queens of the Stone Age had a similar idea on their funky Mark Ronson collaboration, Villains. Next summer’s festivals will be sunny musically at least.

You might be too embarrassed to request them from a DJ, but one of the loveliest leftfield albums of 2017 was the self-titled debut from Cigarettes After Sex. Greg Gonzalez’s Texan band hit on a hazy, unhurried sound that works as a mood setter whatever you’re up to. The National were reliably dark and stormy again on Sleep Well Beast, and Mike Hadreas found a celestial musical backdrop to match his stunning voice on No Shape, his fourth album as Perfume Genius. Another unique vocal sound, the growled croon of Samuel T Herring, led Baltimore’s Future Islands to another winner on The Far Field. French band Phoenix looked away from the troubles of Paris to take a trip to an Italian disco on Ti Amo, capturing a different mood entirely. More traditional indie sounds – loose, tuneful and ragged around the edges – were done best by women this year: Melbourne’s Jen Cloher on her self-titled album, Alvvays on Antisocialites and Girl Ray on Earl Grey all shone. Finally, despite being close to uncategorisable, St Vincent’s step up to the big league on the marvellous Masseduction must be mentioned in some category, so it might as well be here.

Work from both the US and UK can be praised on a close to equal pegging this year. At home, Stormzy and J Hus dominated the scene with their debuts Gang Signs & Prayer and Common Sense respectively, both of them shifting grime to interesting new places – not least the top 10. Their fellow Londoner Loyle Carner, meanwhile, was out on his own, mixing old school beats and horns with startling lyrical vulnerability on Yesterday’s Gone. Across the water, Vince Staples was enjoyably weird on Big Fish Theory, which saw him working with Bon Iver, Damon Albarn and experimental producer Sophie. Jay-Z’s 4:44 must have been good to earn eight Grammy nominations, but a staggered release and initial exclusivity on the mogul’s Tidal streaming service (it still isn’t on Spotify) mean that many may still be too confused to have heard it. The consistent brilliance of DAMN. by Kendrick Lamar ably filled the hole. Lamar took a step away from the jazz and politics of his previous career high, To Pimp a Butterfly, to create a modern psychedelic take on hip hop that even found room for a U2 cameo.

The making of more traditional music left room for more ambitious lyrical work in some cases. On Father John Misty’s Pure Comedy, the provocative musician considered the art of songwriting, the return of Christ and the end of the world with characteristic poetic bite. The Navigator by Hurray for the Riff Raff was an extraordinary concept album about Puerto Rican history and the trials of being an immigrant in America. Julie Byrne provided gentler poetry on Not Even Happiness, a beautifully sparse folk album, while Aldous Harding made a similar sound a little more psychedelic on Party. The finest Americana came from Courtney Marie Andrews on the beautifully weary Honest Life, and Hiss Golden Messenger on Hallelujah Anyhow. Then Matthew E White’s ever reliable Spacebomb Studios turned out more treats in the hushed, self-titled debut from Bedouine, plus White’s quirky duets album of covers with Flo Morrissey, Gentlewoman, Ruby Man.

Let’s put the return of Damon Albarn’s Gorillaz in this category, even though the Humanz album covered a staggering range of sounds, styles and guest contributors across 20 songs (34 on the Super Deluxe edition). Like Gorillaz, LCD Soundsystem also returned after seven years with American Dream – more serious than past works but every bit as powerful. The other veteran still sounding reliably great was Four Tet on New Energy, a beautiful, unfussy collection that took time to reveal its many charms. Among the newcomers snapping at their heels were Guernsey’s Mura Masa, who did the best job of mixing hip hop beats with eastern sounds since the Wu-Tang Clan on his self-titled album, and American duo Sylvan Esso, who really stepped up a gear on What Now. If you need something more astringent, former The Knife member Karin Dreijer became Fever Ray for the first time in eight years on Plunge, and remained a taxing but ultimately fascinating listen.

All that, plus Björk messing about with birdsong on Utopia! Say what you like about 2017 – it’s never been boring. 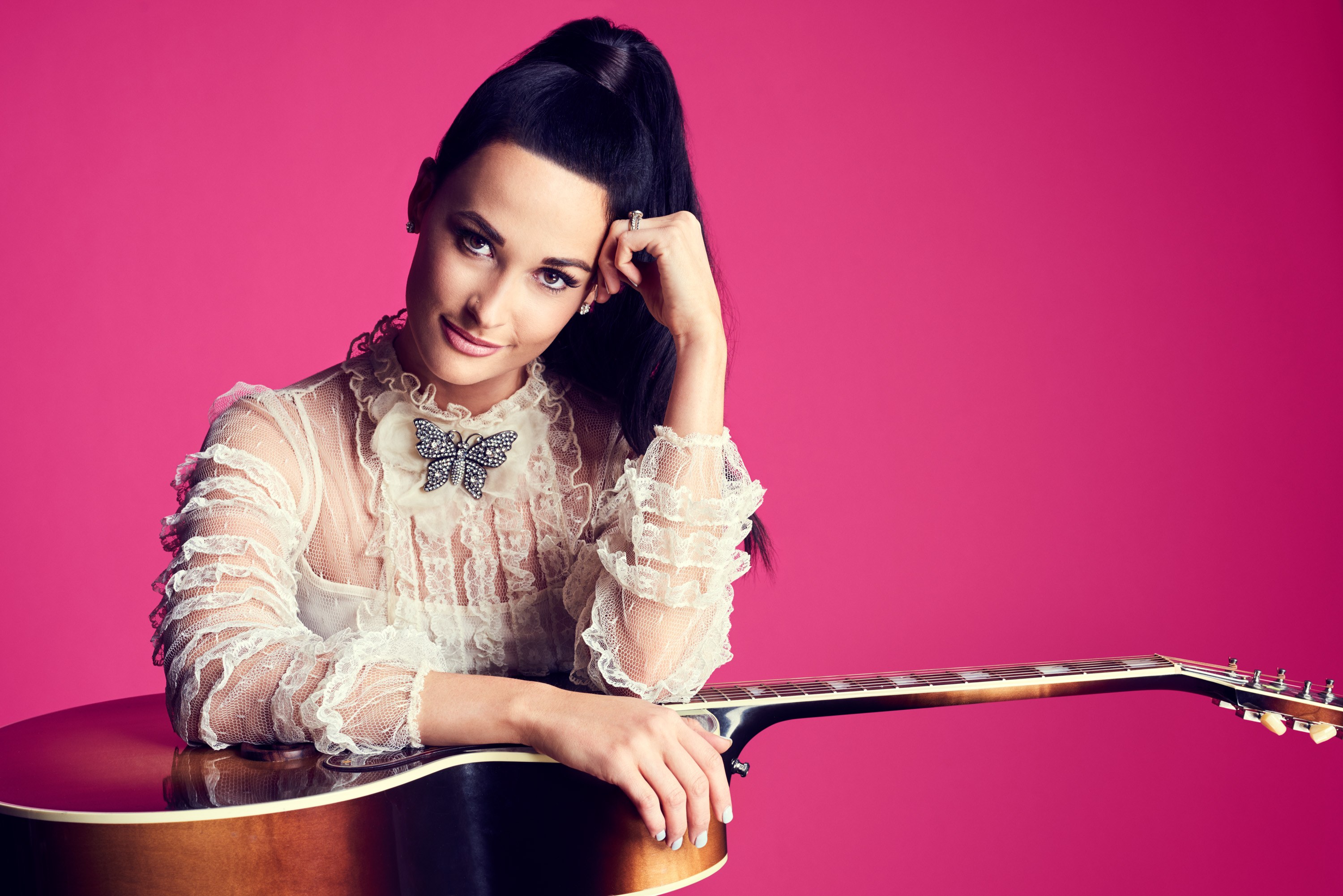 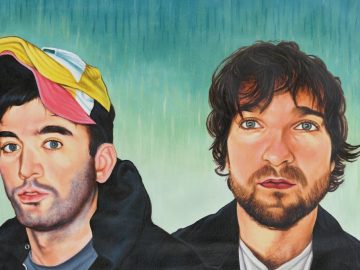