Khalid Robinson, 19, called his debut album American Teen and its signature song Young Dumb & Broke. Now that it’s a platinum seller, the 10th biggest album of 2017 in the US, he’s become the latest to be saddled with the “voice of a generation” tag. But the R&B singer is about to have a little trouble with his job description: he turns 20 on Sunday, he’s certainly no dope and I very much doubt he’s broke at this stage.

“Yeah, but I was young, dumb and broke when I wrote the song,” he laughs. “I know how it felt even if I’m not that now. And even though I’m famous, I still go through things that young people go through. I have to talk about that.”

He’s smiley and relaxed in the same black tracksuit he’ll wear a couple of hours later on stage, when he begins his European tour in a Copenhagen warehouse coated with a light dusting of snow. Next week he’ll be in London for two nights in Hammersmith’s 5,000-capacity Eventim Apollo, and in the summer he’ll be Bruno Mars’s main guest in Hyde Park. All this despite the inexplicable fact that American Teen still hasn’t cracked the UK top 40.

His relative anonymity over here, though he’s been in our top three singing Marshmello’s tearful dance song, Silence, seems funny to those aware of what he’s achieved in the US. His sad, soulful, lightly toasted voice has also been heard on The Heart Part 4 by Kendrick Lamar, Calvin Harris’s Rollin and Logic’s top 10 hit 1-800-273-8255. Fourth place in the BBC’s Sound of 2018 poll didn’t quite match up to the five Grammy nominations he also received last month.

You may have spotted his distinctive pointy hair, pointy beard combo at last week’s Grammy ceremony, not winning anything but performing 1-800-273-8255 with the rapper Logic and singer Alessia Cara. The song’s title is the phone number for America’s National Suicide Prevention Lifeline and its lyrics focus on mental health issues.

“I love the message of the song. It’s important and it’s not talked about enough within my society and my peer group,” says Khalid. “As a creative, it’s something I definitely have. I suffer from anxiety, moments of depression. I’m in my head so much and I’m thinking so much, I’m playing a tug of war within my mind.”

His experiences of anxiety aren’t necessarily triggered in the same way as other teenagers. He tells me about a Halloween night out with his friends in the town where he has lived for the past three years: El Paso Texas. Stuck on the street in a long queue to enter a haunted house, all the cameraphones pointed in his direction became too much.

“I don’t loook at myself as being famous. I hang around with the same people I hung around with before this celebrity stuff. So we go out and then I realise, wait, everyone is looking at me. I couldn’t even be a teenager. I couldn’t be their friend. I had to protect myself and shut off.”

Despite this, he’s brimming with self-confidence in conversation, as well you might be if the second song you ever wrote had 122 million Spotify streams and pride of place on a platinum album. Khalid wrote Saved, a gentle guitar ballad about keeping someone’s number on your phone, as a way of communicating with an ex-girlfriend when his mother and stepfather, who were in the military, moved him from New York to El Paso. Before that the family was based at the US base in Heidelberg, Germany for six years.

“I wrote Saved as a form of therapy, to get over the fact that I had moved and lost so much of myself,” he tells me. Up to then he had been putting his energies into performing in musicals and planned to be a vocal teacher. “I put it on Soundcloud because I wanted to know that someone else felt the same way I did. Also I wanted the person I was talking to in the song to hear it and know that I was talking about them. We’re friends now, but we weren’t when the song came out.”

The song got him a manager while he was still in school. But even before he wrote any music of his own, he had big plans. He recently shared a tweet he wrote in January 2014, which said: “I want to go to the Grammys one day.” Where was he when he tapped that into his phone? “I was probably fucking around in high school, sitting at a desk, not listening to the teacher and just thinking about where I wanted to be other than school.”

This year he did it, with nominations including Best New Artist (losing out to Alessia Cara) and Best Urban Contemporary Album (beaten by The Weeknd’s Starboy). Was it as good as he imagined four years earlier? “It was great. It would have been greater if I had won! But my goal in that tweet wasn’t that I want to win at the Grammys, it was that I want to go, and I did that. I did that so fast. This was a debut album, I wrote it when I was 17, 18, and I’m here with people who are way older than I am and have way more experience than me in this job.”

I’m struggling to think of many other youngsters who make this look so easy. Kate Bush wrote The Man With the Child in His Eyes when she was 13. Lorde, who Khalid has supported on tour, was 17 when her debut album was released, and has done a similarly impressive job of maturely articulating the teenage experience.

“When I moved to this place and felt this loneliness, didn’t have any friends, I just had this view of the mountains around El Paso and my voice,” he says of his first steps into songwriting. “I wanted to get what I was feeling off my chest, because I didn’t want to live with this sadness that was tearing me apart.”

That mournful voice finds a happier place on stage, where he often finds himself draped by two cheerleaders, and on his most upbeat song, 8TEEN, which finds humour in some typical issues. “I’m 18, and I still live with my parents/They’re nothing like yours, yours are more understanding,” he sings. He also adds: “Damn, my car still smells like marijuana/My mom is gonna kill me.”

But now, has his life changed so much that he’ll no longer be able to voice the same concerns as his peers? Is it possible to feel lonely with 2.2 million Instagram followers? “The second album is still gonna be about me, learning about myself through the process of this,” he says. “The first songs I made brought me to the Grammys. I was a five-times nominated teenager off voice memos and songs that were clearly recorded off different mics. What are the songs I’m making when I’m 20 years old gonna do for me?”

A great deal, clearly. He’s stepping out of his teens with the world at his feet. 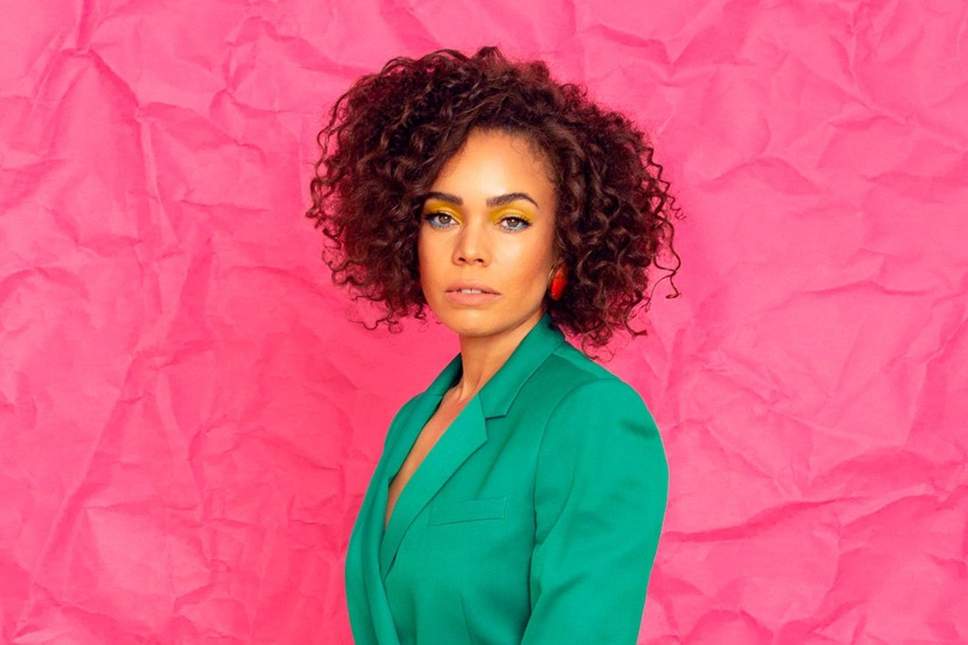