Arctic Monkeys chose a suitably chintzy venue for the UK debut of their new lounge lizard personas. The bearded flamboyance of the Sheffield band’s latest album, Tranquility Base Hotel & Casino, has divided fans, a piano-led concoction containing nothing for the lager-chuckers to bellow along to, but also featuring frontman Alex Turner’s most fascinating lyrical excursions.

While too many working class heroes progress merely from detailing small town tedium to the travails of the tour bus, on their sixth album this quartet have taken a giant leap, with Turner reinventing himself as an addled club singer on the Moon. “Bear with me man, I lost my train of thought,” he sang over the chiming keys of One Point Perspective. He pocketed Serge Gainsbourg’s loucheness and Father John Misty’s self-awareness and left the anthemic choruses at home.

Perhaps wisely, the new songs didn’t dominate here, and instead provided useful occasional counterpoints to the hyperactive, jagged indie rock of earlier material such as Brianstorm and The View From the Afternoon. The band were already reducing the pace on their internationally successful previous album, 2013’s AM, with the lumbering riffing of heavy songs such as Do I Wanna Know?. Cornerstone, from 2009, and 505, from 2007, gave early indications of the crooners they would become, and both were included on this setlist. Now, on Four Out of Five and Star Treatment, they were fit for a slow dance.

Doubling their personnel on stage at some points, they sounded rich and complex. Turner, strutting and flicking his hair in a suit, remained a frustratingly closed focal point, seeming to mock the idea of the rock star while being a prime example of one. But as R U Mine? thundered out at the close to an ecstatic reception, it looked as though any attempts at alienation had failed. 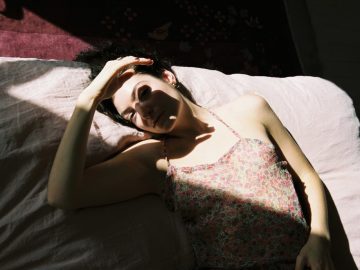