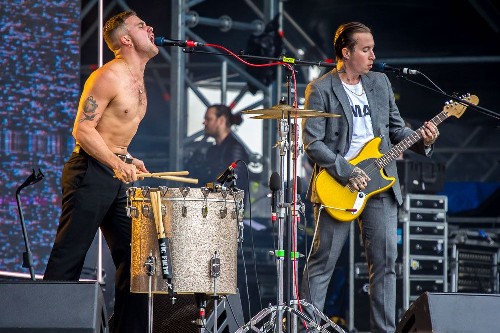 share // TwitterFacebookPinterestRedditLinkedinWhatsAppGmail
Slaves are one of modern music’s less likely successes. The Kent duo have sent three albums into the top 10, all full of brutal rock music that, if it was any more rudimentary, would be performed in the Alexandra Palace car park on dustbin lids rather than in the great hall itself.
https://www.youtube.com/watch?v=8rBK2mCIZmY
They overreached a little here, with the venue less than full, but the energy of a pint chucking crowd made it feel packed. The band stuck to first principles, with the only special effects being their logo in neon and a man running around flapping a fish-shaped bedsheet during Feed the Mantaray.
The real spectacle came from the sight of guitarist Laurie Vincent bounding around as though trying to stomp holes in the floor, and vocalist Isaac Holman, shirtless and gleaming, attacking his stand-up drumkit with furious run-ups. He pounded his skeletal set-up with sticks turned backwards and delivered the paranoid lines of Sugar Coated Bitter Truth with malevolent screams.
Despite all this, it’s the pair’s underlying likability – urging fans and security to exchange hugs, putting Britney and The Vengaboys on the warm-up music – that has lifted them to the big spaces. Is it still punk if you leave smiling? 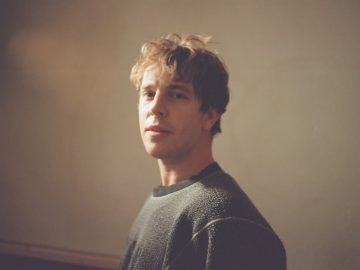 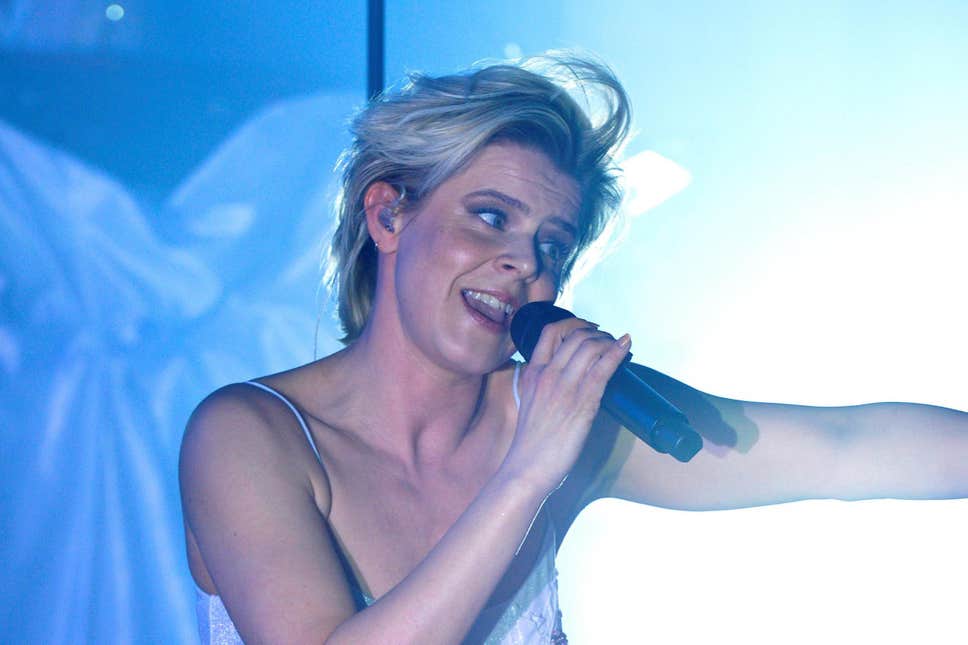