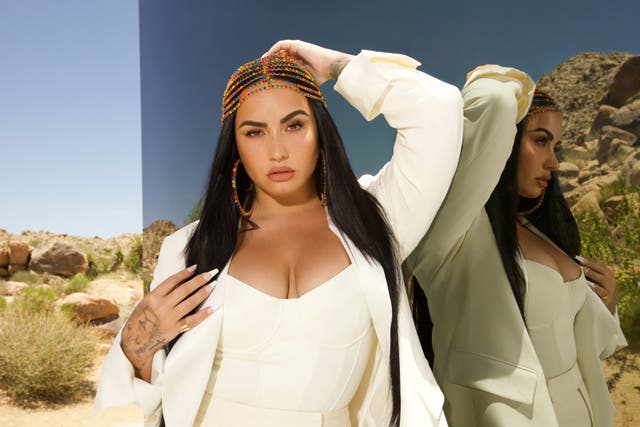 In June 2018 I reviewed Demi Lovato’s concert at the O2 Arena, which earlier in the month had been postponed at such short notice that many fans complained they had already begun travelling to the venue. Towards the end of the show she performed a brand new piano ballad, Sober, with a chorus that went: “Momma I’m so sorry I’m not sober any more.” Fans were painfully aware that this was unlikely to be poetic licence. Lovato may have travelled down the same Disney Channel conveyor belt as so many other identikit pop acts, but she’s the one who was always the most honest about personal troubles including bulimia, self-harm and drug addiction. On July 24 2018 she was hospitalised and almost killed by an overdose of oxycodone laced with fentanyl.

The 28-year-old’s first album since that time arrives simultaneously with a four-part YouTube documentary in which she and her family and friends detail every moment of the overdose, its approach and its aftermath. It’s shocking, of course, especially as it turns out that even in the past interviews and films that purported to tackle her troubles, she was holding back.

It puts her at the sharp end of a trend for teen favourites to look back at megastardom and reveal that it was miserable. The February documentary Framing Britney Spears prompted the belated realisation that the singer needed care and sympathy at a time when her breakdown instead made her a laughing stock. Even Justin Bieber preceded his latest collection of love songs to his wife with a short film in which he spoke of suicidal thoughts.

Of course Lovato’s personal life has long been enmeshed with her music, but at the moment these confessions have more power when she speaks them than sings them. Distilled into rhyming lyrics, she reaches too easily for cliches. On the overwrought Dancing With the Devil, which goes for the darkness and drama of a Bond theme, she’s “Playing with the enemy, gambling with my soul.” On the gentle acoustic ballad The Way You Don’t Look at Me, she’s “been to hell and back.”

When she shifts her focus outwards she still has room for fun, as with the Eurythmics synths of the Ariana Grande duet Met Him Last Night and the positively breezy The Kind of Lover I Am. But most of the music – minor key piano, catchy choruses – is an ineffective translation of the soul she’s trying to bare.