“If anything it might even be a deterrent that we’re related. I don’t think it puts the best picture in your head: ‘three sisters rocking out’.” Danielle Haim is considering whether it is the one-line summation of the band she operates with her older sister, Este, and younger sister, Alana, that has generated so much buzz around them at home in the US – a noise set to translate overseas when they arrive to play four London club shows in a week in May.

Calling their band by their family name (which they pronounce like “I am”, unlike the late teen idol Corey Haim, who sadly for Hollywood gossip fans has no connection to this story) the Haims from Los Angeles achieved the impossible last month, standing out as one of the most talked-about new groups among thousands of unknowns at the vital music industry showcase, Austin’s SXSW festival. “That was where things really picked up a gear for us,” says Danielle. “We did six shows. The first one was maybe a disaster. The sound was okay but there were not many people there. Then it snowballed and got kind of crazy towards the end. By the end of the weekend there were lines out the door.”

The music business bigwigs looking for something different among the endless guitar-bass-drums combos found it in these “three sisters and a mister”. Recent addition Dash Hutton plays drums, and the three similar-looking Haims each have a drum to bash too, creating a memorable percussion explosion at the climax of their set finale, Let Me Go.

The rest of their songs are slick enough to charm the mainstream while being a step apart from current trends – think strongly melodic Seventies rock, Fleetwood Mac-style and full of harmonies, with the addition of heavy beats and smooth vocal delivery reminiscent of the Nineties R&B of TLC and Aaliyah. If that sounds a mess on paper, it really works on their songs Forever and Better Off, the highlights of a free download that is the only material the still-unsigned band have put out to date.

A record deal is in the pipeline after the excitement they generated at SXSW, and with a debut album “85 per cent written”, Haim have an exciting year ahead of them. They’re certainly prepared to put in the hours. Danielle was inspired to up her game after a world tour playing percussion for a solo Julian Casablancas of The Strokes in 2009. “He’s definitely the most focused person I’ve ever seen. We rehearsed every day for two months. He’s really driven, so that was an eye-opening experience for me.”

She has also played with Rilo Kiley’s Jenny Lewis and in Cee-Lo Green’s all-female combo, but while she enjoyed touring the world, appearing on TV, “visitingLondonfor the first time and playing atGlastonbury”, she decided she would rather be playing her own music. “I always left the stage thinking, ‘I really wish these people were here to see me and my sisters.’”

Haim became a full-time occupation two years ago, when Danielle quitting session work coincided with Alana finishing high school and Este graduating with a degree in Ethnomusicology from UCLA. Este specialised in Bulgarian and Brazilian music and sang in a Bulgarian women’s choir. They promise that future material will incorporate these more unlikely influences, especially the age-old technique of hocketing, where one vocalist sings on the beat while another sings off the beat. Kate Bush used to do it.

Musical life was not always so sophisticated, however. The sisters, now aged 26, 23 and 20, are happy to talk about their teenage life in Rockinhaim, the rather naff covers band they played in with their parents Donna and Mordechai. “If fame doesn’t work out we definitely have enough material to be a wedding band,” says Danielle. “We played a lot of Santana, a lot of Eagles, Get Back by the Beatles, Billy Joel’s You May Be Right, Brown Eyed Girl, all that stuff.”

Mum and Dad were really their chief musicial influences, bringing them up in a house full of Beatles, Joni Mitchell and Fleetwood Mac songs. Donna was an art teacher while Mordechai was an early incarnation of David Beckham, a professional footballer forIsrael’s Maccabi Jaffa FC who came toAmericain the first soccer boom of the Seventies to play forOhio. Now the couple work in real estate together in theSan Fernando Valleyarea in the north ofLos Angeles, but they’ve long been frustrated musicians. In the Seventies, Donna won an edition of the TV talent contest The Gong Show singing Bonnie Raitt’s Blender Blues.

In fact, it’s a measure of Haim’s current success that this will be the first year the sisters are too busy to revive the Rockinhaim name to play at LA’s St. Francis de Sales School Fair, a regular gig for the whole family. They do still occasionally welcome their parents on stage at their own shows, however, and dust off Mustang Sally one more time.

“We’re a really close family and it was a good way for us to spend time together on the weekends,” says Danielle. “Dad really instilled a hard work ethic into our brains, making us rehearse every weekend for a month before a show. People ask us why we didn’t rebel but it was always normal to us. I definitely recognised that it was kind of dorky when I was younger but I still thought it was kind of cool too.”

Today the Haims are as close as ever. Though Danielle moved south to theVenicearea about a year ago, Este and Alana still live in the family home. “Me and my sisters go out together all the time. People look at us weird if we’re not all together – like, where’s the other one?”

Now they’ll be sharing a tour bus too. With no Gallagher-style meltdowns in the pipeline, this is a family band with a dazzlingly bright future. 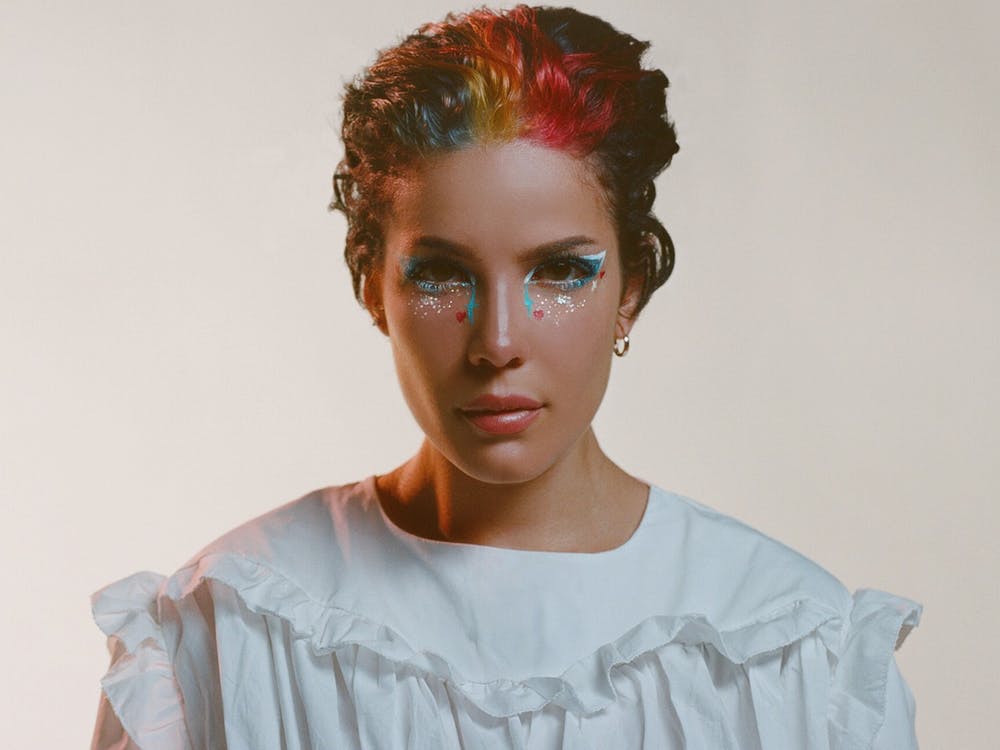