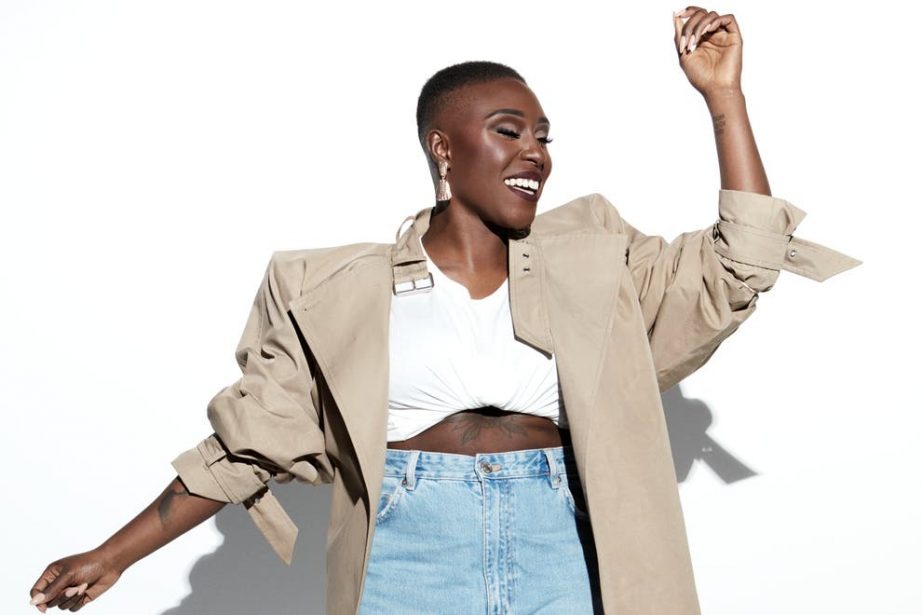 There are a few lyrics on Laura Mvula’s forthcoming third album that will make the listener think she’s been through a nasty break-up. Take this, on Conditional, for example: “I don’t cry no tears for you/I needed love unconditional.” Or this, from the comeback single, Safe Passage: “Never imagined I would ever be free from your story/Staring in the face of it, I finally see I’m everything I need.”

And they’d be right, but this isn’t necessarily romantic trauma. At the start of 2017, the Birmingham musician’s record label, Sony, told her they were dispensing with her services via a brief email. Both of her albums to date had received wide acclaim and prestigious Mercury Prize nominations, and the first, Sing to the Moon, had been a gold seller. Prince had messaged her to ask to be on a track on the second, The Dreaming Room, which he loved, but she had to turn him down because Nile Rodgers was already on it. Talk about a rock and a hard place. So this bad news came as no small surprise.

“I thought I was an important artist. I just remember feeling I’d been unfairly treated, not necessarily with the decision itself but with the manner in which it had been dealt with, which I thought was rude and careless,” she says. “I’d apologised so much for who I was right from the beginning. I’d tried to be the most palatable version of Laura that I could be, and played this game with real class and elegance, so to be let go in that way, I just felt, ‘Hold on a second!’ The least I could have had was a real conversation.”

She made the situation public straight away on Twitter, writing, “So sad Sony have dropped me today…” – an unusually honest way to put it given the tendency for musicians to reframe these situations more positively as their own decision, a regaining of creative control, a conscious uncoupling, or similar. Witnessing the shocked public response must have felt a bit like attending your own funeral, a response to “my creative death,” as she puts it. Fellow musicians including Bastille, Charlotte Church and Hozier replied with encouraging words. Rag ‘n’ Bone Man said in the Guardian: “I can’t believe it… She’s by far my favourite songwriter in the UK at the moment.”

“I enjoyed seeing other artists, people in the music industry and people outside it, speak with passion on my behalf,” she says. “To hear people say, ‘No, no, no, hold on, that one’s talented,’ was really empowering.”

But even with that boost to the ego, of course her already fragile confidence took a battering. She felt she had nothing more to say in song and started looking into teaching jobs, having once taught Music as a secondary school supply teacher and led workshops with her aunt’s long-running a capella group Black Voices. She downplays it today. “It was one afternoon when I was feeling particularly low,” she says.

She has been very open about those bad days. In 2017 she made a television programme for the BBC titled Generation Anxiety, in which she revealed that she had been living with “a support worker-slash-carer, somebody that could be in my house with me so that I wasn’t alone because of my struggles with anxiety.” In an interview with the Observer a year earlier she spoke of panic attacks in the shower and said that her anxiety disorder was a factor in the breakdown of her marriage to the opera singer Themba Mvula.

“To talk about it in this controlled, story-like manner felt boundaried and yet helpful, because of the reaction it got,” she says. “There were so many ‘Me too’s. People were really liberated by hearing a story similar to their own.”

When we speak she’s on Zoom at home in Clapton with her mum, who’s popped over from her place nearby, and one dog each. Hers is a Yorkiepoo named Emmy. She speaks slowly and carefully and seems calmly confident that the music she’s about to release is her best yet. “It’s been so difficult,” she says of the year in lockdown. “That’s why I treasure it. I’ve been forced, like most of us, to sit still and slow down. In the music industry that’s something that doesn’t happen. I think that’s why the album is so strong, because it hasn’t been made under the usual time scrutiny.”

It’s called Pink Noise, which is a cool image and allows for a stunning album cover, but is also a real sound type similar to white noise. I read a long Wikipedia entry on it and didn’t understand a word, but if you listen to a comparison between the two, white noise is that familiar thin hiss of your radio being between stations, while pink noise sounds thicker, like intense rainfall.

She discovered the term because she wanted to be able to describe the sounds she was going for, which can be better summarised for the layperson by saying simply, “really really Eighties”. The processed boom of the drums opening Safe Passage reminded me of the beginning of Kate Bush’s Hounds of Love, though Mvula says she was going more for Phil Collins’ In the Air Tonight. Weighty analogue synthesizers dominate the songs. The rolling bassline and artificial horn blasts of the brilliant Got Me have strong echoes of When the Going Gets Tough, the Tough Get Going by Billy Ocean, no less. The ballad What Matters would fit nicely on the end credits of a John Hughes film and features an unrecognisably smooth contribution from rocker Simon Neil of Biffy Clyro.

She took a long time to get here, having been trained in Composition at the Birmingham Conservatoire and launched her pop career with songs that were wonderfully complex and presumably jazzier and thornier than her record label was hoping. “I had to wrestle with the box I’d created for myself, and other people had made for me, because I had been quite happy to live in it. To be ‘This generation’s Nina Simone’ is a flattering title, even if it didn’t ring true to me.”

It was an invitation to support David Byrne on tour in 2018 that began this bright new chapter. She no longer had the budget for a full band, so she and her musical director Troy Miller did it as a duo with as many synths as possible. “Most importantly, I was not concerned at all with how this was going to be received,” she says. “It literally wasn’t in my thought process. I didn’t have room any more.”

Someone from another major record label, Atlantic, saw one of the shows, and went on to offer her a new deal. “They were so passionate about me as an artist – as a ‘cultural icon’, I think they called me – someone who’s very important for this current landscape. It was like going from an abusive relationship into a loving one, where someone goes, ‘You’re so beautiful,’ and you’re not used to hearing it.”

The new songs will surprise a lot of people who thought they knew her. This sounds like a happy ending, but more likely, Laura Mvula’s story has a long way to go yet.

Laura Mvula’s new single Got Me is released on May 12 on Atlantic. The album Pink Noise follows on July 2.