Should Fickle Friends ever rise to the point where they’re standing at a podium clutching an award, expect Jamie Oliver to be among the first to be thanked. The celebrity chef has been a surprising early champion of the Brighton pop quintet, to the extent that if it wasn’t for him, they might not be playing the 2,300-capacity Forum next week after only a handful of singles.

“He certainly is the nicest man I’ve ever met,” enthuses bassist Harry Herrington. While the band were all still university students in the summer of 2013, they won a competition to open Oliver and Alex James’s Cotswolds festival of music and food, The Big Feastival. The contest was called Jamie’s Summer Jam, which sounds delicious.

“We were kids, playing on the main stage, so excited to be among all these big bands. We got really drunk, it was very funny,” says singer Natti Shiner. But the endorsement didn’t end there. “He phoned me up a week later. I was in bed. He said he wanted to pay for us to go and record a couple of songs with an actual producer. What a legend!”

So began a rise of fits and starts rather than one of perpetual lucky breaks. It was only 18 months ago that they signed a record deal with Polydor, the major label that brought us similarly great pop music with an indie slant from the likes of Years & Years and The 1975. After a succession of sunny, irrepressibly melodic, Radio 1-approved singles, now they’re gunning for a prominent slot on the various tips for 2018 lists.

It’s not easy to break a homegrown music act these days, when people may have a more committed relationship with certain high profile Spotify playlists than individual artists. Just ask Dua Lipa, who landed her first number one in August this year, 22 months after her debut single; or Rag ‘N’ Bone Man, whose double platinum-selling debut album came out in February, after first being covered in this paper in 2014. Fickle Friends are pleased that their new single, a relaxed dance tune titled Hard to Be Myself, has made it onto Spotify’s prominent New Music Friday collection in 11 countries, but are less convinced that the playlist clickers can turn into committed gig goers screaming down the front.

“When something’s on a playlist it gets played, so you get these high streaming numbers, but you don’t know if someone actually decided to put your song on,” says Herrington. He’s a cheery chap in a Supreme hoodie, who gave up a promising career as a carpenter to join his Worthing schoolfriend, keyboard player Jack Wilson, at Brighton’s music school BIMM, where he met Shiner on the Songwriting course. Guitar-playing Yorkshireman Chris Hall, “the token northerner”, and north London drummer Sam Morris completed the group.

“I’d just got to the point with carpentry where I was making adult’s money and it felt like a proper job. But with music, you have to go in hot for it and give it the best go you can. You can’t do it half-arsed,” he tells me.

Shiner, a confident talker with a nose ring and various tiny tattoos on her hands, was even more driven. She had already done a foundation year at the Liverpool performing arts school LIPA, and arrived in Brighton from her New Forest home with songs in her pocket, ready to start a band straight away. The whole band’s course attendance was poor. The song that they recorded with Jamie Oliver’s money, Swim, was good enough to set the music bloggers buzzing and attract the record label scouts to one early 2014 show in Camden. Sadly, at that point, they didn’t have any more of such quality.

“We weren’t consistent – crazy guitar solos and wailing everywhere. Swim was the beginning of this type of music for us, but otherwise we were making a mess of weird stuff,” says the singer. “We got all the attention too early. It was the worst show you could imagine, so bad. It set us back.”

Still, they got a booking agent out of it, who sent them out to build a fanbase the old fashioned way. They played 26 festivals in the summer of 2014, and began to write plenty more great songs. They could have been one of those leftfield pop bands that only seems to exist on the internet, or alternatively, their songs such as Hello Hello and Cry Baby are bright and catchy enough to be worth introducing to Little Mix fans. Instead they were living on the road, playing small shows supporting indie rock bands. “No one really knew where to put us,” says Shiner. “Were we a pop band or an indie band? Can’t we be both?”

Shiner is also well used to being asked about being the only woman in her group. She’s been involved with ReBalance, a new campaign from Festival Republic and PRS Foundation to encourage more women to enter the music industry, and thinks that the problem runs deep.

“It’s not festival bookers being sexist. It’s a simple fact that there aren’t as many girls in bands as guys, and it’s been going on for so long – this idea that boys play guitars and women play piano or whatever. I don’t mind spending my life with four boys, but for a lot of people starting out it can be so discouraging. If you’re a girl who wants to do a guitar course at a music college, you might think, ‘It’s just gonna be loads of guys, I’m not gonna do it.’ Girls need more encouragement, which is what ReBalance is doing.”

For her, the existence of Avril Lavigne was enough to send her towards a career in music. “She was a cool girl who skated and was a tomboy and sang. That’s who I wanted to be.” Now she’s dealing wiith being a role model to a number of young girls herself, and it isn’t always easy. Hard to Be Myself, despite it’s “Party with me” chorus, is about needing the crutch of alcohol or the presence of her boyfriend to alleviate her natural anxiety. “It’s about being socially awkward, needing help to feel you fit in,” she explains. “I spend my life worrying about absolutely everything.”

That sometimes unwelcome spotlight of attention will be shining on her even more brightly early next year when a debut album, partly recorded in LA with the Wolf Alice and 1975 producer Mike Crossey, finally arrives. It sounds like it’s been a long slog for Fickle Friends to get here, but they’re still intent on making it big. “The music is all ready to come out. We have this habit of losing out, but I want this so much and I know that we will really make the most of it,” says Shiner. They’ve definitely put the work in. Very soon it must finally be time for the real rewards. 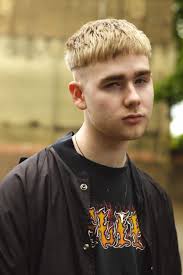