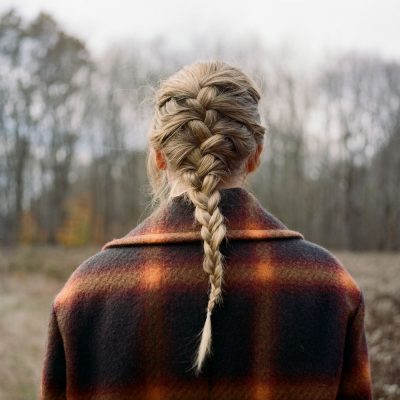 Surprise! Again! Taylor Swift’s lockdown adventures continued with the news yesterday that she had a second secretly written album ready to go. Evermore is the “sister record” to July’s Folklore, recorded with the same team swiftly afterwards. She was supposed to be spending 2020 on a world tour supporting the exultant rainbow pop of her Lover album. Like most things that happened in 2019, that grandiose music now feels like it was a century ago. Swift has morphed seamlessly from stadium superstar to woodland wanderer, crafting restrained ballads ideal for holed-up winter listening.

These 15 songs are less startling than the contents of Folklore because they’re very similar, right down to the arrival of Justin Vernon’s multilayered vocals over the pretty descending piano notes of the title track. Aaron Dessner of revered indie band The National is the dominant collaborator again, adding his distinctive guitar daubs to the bitter holiday song ‘Tis the Damn Season and roping the whole band in for the standout Coney Island, which builds hypnotically towards an appearance from the weary voice of Matt Berninger.

In some ways, Swift is retreating, towards the colourful storytelling and acoustic instrumentation of her country roots. No Body, No Crime, is a delicious murder mystery co-starring the women of Haim and a banjo. Over the rolling piano of Dorothea she describes a schoolfriend’s escape for the bright lights. She goes back even further on Marjorie, which features a recording of her late grandmother Marjorie Finlay singing opera.

But she’s also subtly pushing at the edges, trying on new outfits like that desirable coat on the cover. Closure’s soft piano is skewed by rough industrial beats. Willow has hints of Latin heat.

The best bits of her Netflix film Miss Americana (one of two documentaries she has produced in this most productive of years) were watching her write songs, witnessing her fizzing excitement as the melodies poured out at speed. It’s no surprise that while so many of us have been waiting for the world to restart, this restless talent has created so much, and so much of it brilliant.