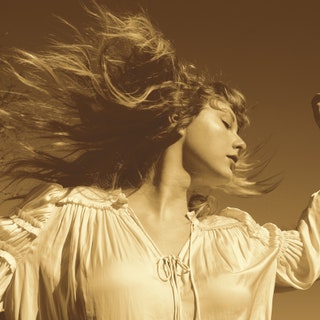 The point of the army of managers, lawyers, accountants and marketing people that travel in the wake of a big musician is to keep all that icky business stuff outside of their immediate eyeline and leave the artist free to create their art. So here’s something unusual: a collection of songs that exists purely because of a business decision.

Taylor Swift’s feud with the music executive Scooter Braun has now escalated to the point where she’s in the process of re-recording her first six albums in the hope of preventing him from making any money from them. It’s a complicated one: she signed away ownership of the master recordings of those albums when she was beginning her career at just 15. In 2019 they were sold to Braun’s company, who then sold them on, but that’s not good enough for Swift, as he’ll still profit from her songs in some way in the future. When she took the fight public she accused him of “incessant, manipulative bullying”, principally because he was Kanye West’s manager during some of the worst moments of their animosity.

To add to the confusion, the first of the six is her second. In 2008 Fearless followed Swift’s self-titled debut, began her long transition from cutesy country to pure pop and contained her first top 10 hit: Love Story. It’s guitar-based, so the new version sits neatly next to the folky sounds of her recent Folkore and Evermore albums. It doesn’t feel that strange to hear her singing of starting high school and first kisses in Fifteen now that she’s 31 – the song was already warmly nostalgic when she first made it at 18. On the other hand, heartbreak lines such as: “Why do you have to make me feel small/So you can feel whole inside?” take on a new meaning in this context.

Her voice is somewhat richer now, and the music is just different enough to feel new. The main appeal is six “From the Vault” songs, recorded for the first time. You can tell she enjoyed singing “Goodbye mister casually cruel” in the energetic Mr Perfectly Fine.

Swift has never said she was unhappy with the way Fearless turned out at the time, so this isn’t another Zack Snyder’s Justice League. But what fan wouldn’t choose the one labelled “Taylor’s Version” when they pop up beside each other in search results? It’s an extraordinary length to go to, but she’s winning this war.