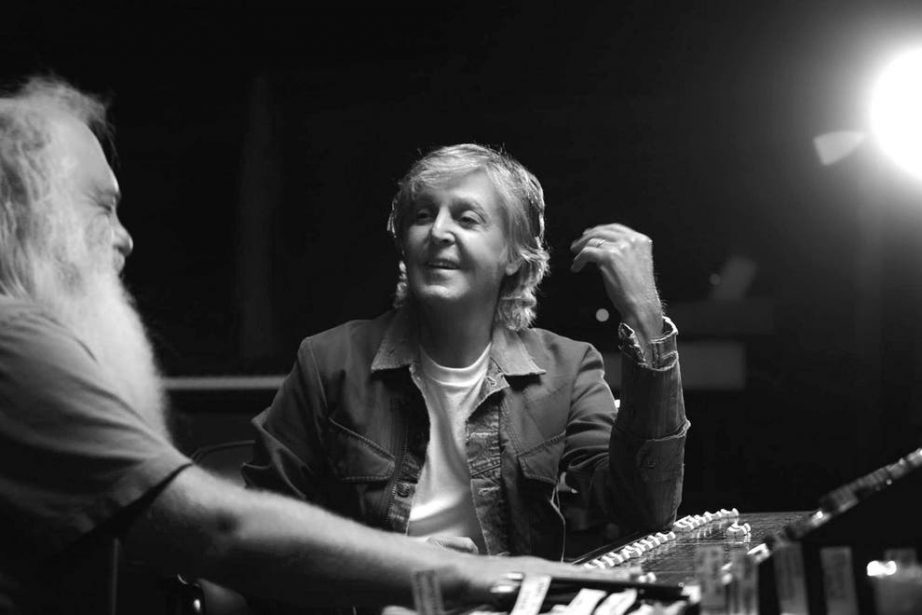 With his wild hair, chest-length beard and bare feet, producer and transcendental meditation practitioner Rick Rubin looks very much like a guru. But in the documentary McCartney 3,2,1, newly arriving on Disney+, the 58-year-old is sometimes cross-legged on the floor, a submissive student ready to learn from the most successful songwriter alive.

The six half-hour episodes don’t have the time to offer a full account of the seven earth-shaking years in which The Beatles were making music, never mind Sir Paul McCartney’s subsequent work in Wings and as a questing solo artist. If you want to watch something more detailed about The Beatles, go back to the Anthology series of the mid-Nineties. If you want to read at exhaustive length about every single song, dig into the Ian MacDonald book Revolution in the Head. What this series of conversations between Rubin and McCartney offers instead is something both looser and more specific. There’s no narration and very little structure, and individual episodes don’t have definable themes. Rubin will jump from A Hard Day’s Night from 1964 to the quirky 1980 solo B-side Check My Machine in the space of a few minutes.

Nor does the younger man ask that many questions, because he essentially only wants to know one thing: why does this song sound so great? To find that out, he plays recording after recording through a mixing desk on which he can turn down some elements and increase the volume on others. These songs are so much a part of the cultural fabric, woven into British identity as tightly as cream teas and the Queen, that it’s probably a long time since any of us really *listened* to them, and that includes their creator. The greatest pleasure of 3,2,1 is watching McCartney’s fascinated reaction as he rehears certain instruments in isolation: his surprisingly aggressive bassline on While My Guitar Gently Weeps, that vertiginous piccolo trumpet solo on Penny Lane, the crashing piano chords of Live and Let Die.

The series is filmed in black and white, mostly in one studio, perhaps to show it’s for the serious fans. They may not learn that much, as it’s hard for someone whose life has been as combed over as McCartney’s to offer an unfamiliar anecdote. Yet again he talks about Yesterday coming to him so fully formed that he struggled to believe it didn’t already exist, about A Hard Day’s Night being one of Ringo Starr’s frequent malapropisms, and about confusing a symphony orchestra explaining his idea for the skycraping climax of A Day in the Life. He’s upbeat, gum-chewing company, relentlessly positive, fulsome in his praise for his bandmates and “the grown-up” producer George Martin. He even frames John Lennon’s cynicism and reluctance to offer approval as a good thing, because it pushed him harder.

McCartney has generally seemed more interested in carrying on writing than curating his past. He completed a trilogy of self-titled experimental solo albums with the excellent McCartney III last December. But at 79, he surely can’t escape thinking about the way he wants to be remembered. An exhibition at the British Library and a book of the lyrics to 154 of his songs are coming in the autumn.

With its lack of extra footage and the involvement of only two men, this film feels like a smaller contribution to the great legacy, and might sound like it could have been another of Rubin’s podcasts. He has conducted audio interviews with everyone from Joan Baez to Bruce Springsteen on over 100 episodes of Broken Record. But the thrill is in the sight of two greats nerding out over tape loops and guitar sounds, heads bobbing and eyes gleaming as that life-changing music from so long ago plays one more time.